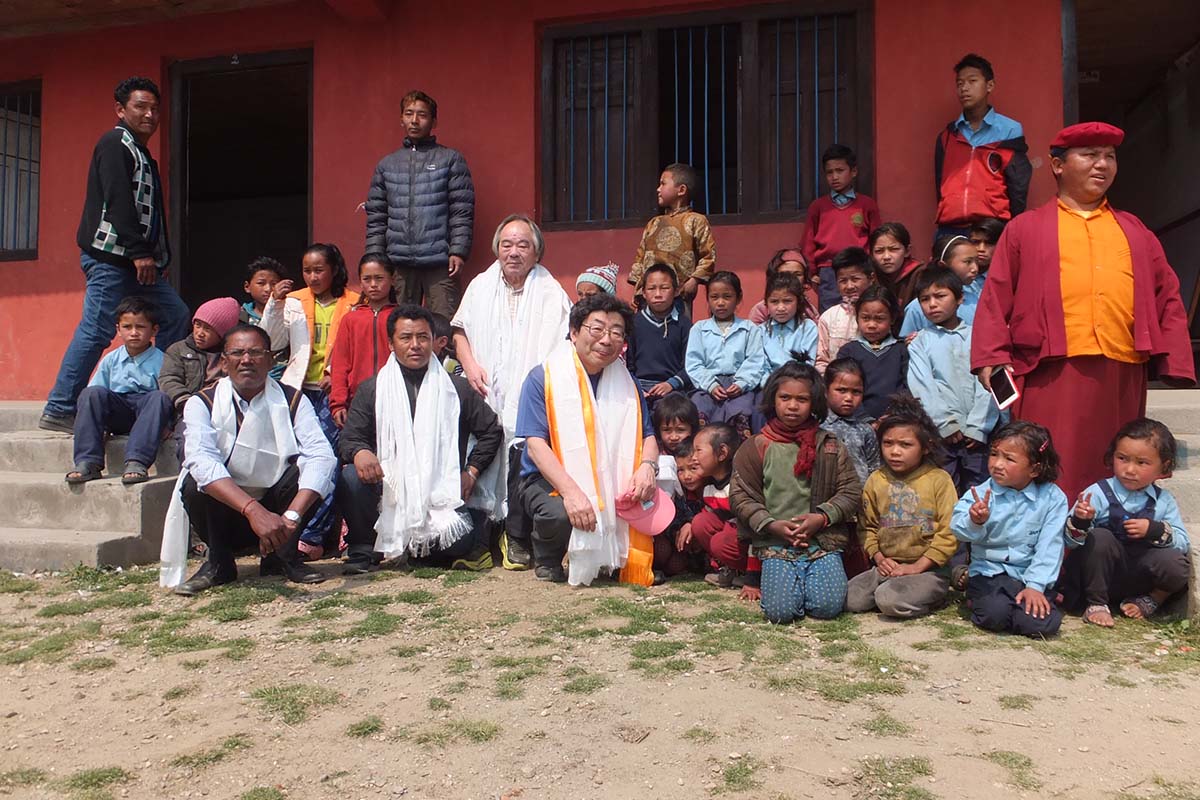 Delegates from UIAA member, Japan Mountaineering and Sport Climbing Association (JMSCA), recently visited areas of Nepal affected by April 2015’s devastating earthquake to assess the recovery in person. Together with several other mountaineering and outdoor organisations in Japan, the JMSCA has helped raise significant funds in the aftermath of the earthquake. The money donated by the Japanese bodies has been spent primarily on education. The first phase witnessed the rebuilding of a school located in the Rolwāling Himāl. During the second phase, the Japanese organisations worked in conjunction with the Nepal Mountaineering Association (NMA) to identify other educational institutions to support. Following on from the UIAA Management Committee meeting in Nepal at the end of March, Kuniaki Yagihara, President of the JMSCA, and Hitoshi Onodera, Director Secretary General of the JMSCA, made the near seven-hour drive from Kathmandu to visit the Shree Bhairavkunda school in the Sindhupalchok district, located at 2600m. Here they discovered a region where people had shown great fortitude in returning to everyday life but where the reconstruction process has met delays and obstacles. However, in collaboration with the UAAA, the Union of Asian Alpine Associations, and the Chinese Taipei Alpine Association, the reconstruction of the local school has been completed. “We hope at this refurbished school, children learn with big dreams,” explains Onodera.