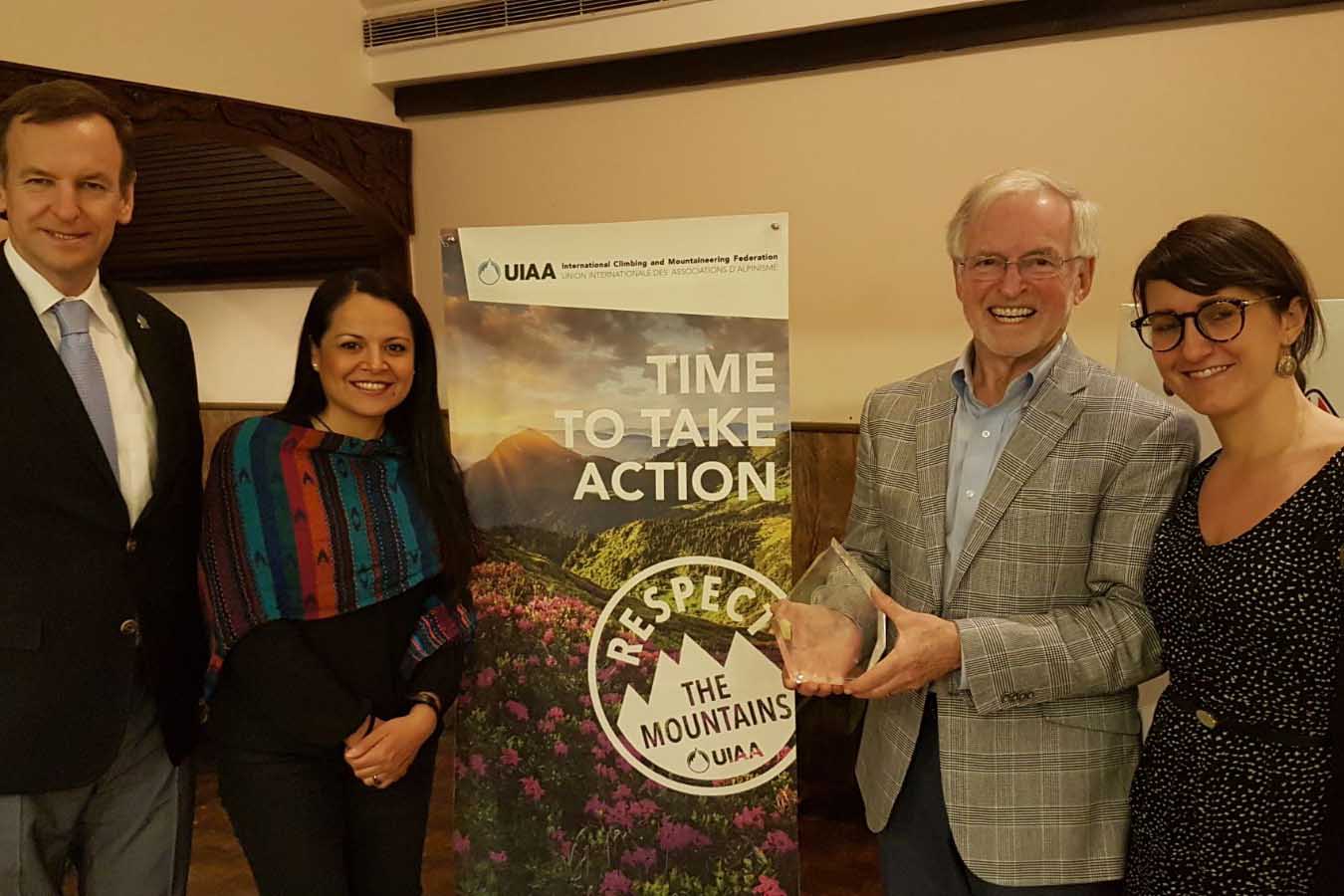 Kathmandu, Nepal hosted UIAA Executive Board and Management Committee meetings from 22-24 March, an opportunity for UIAA delegates from around the world to exchange ideas, advance on strategic discussions and share updates on progress following October’s UIAA General Assembly held in Shiraz, Iran.

The meetings were hosted by the Nepal Mountaineering Association (NMA) and bookmarked by two special discussions. During the opening ceremony, representatives from both the UIAA and the NMA – including the organisations’ respective Presidents Frits Vrijlandt and Santa Bir Lama – discussed the impact of the current climbing regulations in Nepal and emphasised a need to promote and encourage sustainable mountaineering in the region.

The event closed with a special press conference to mark the opening of the 2018 UIAA Mountain Protection Award. As part of the ceremony, Mount Everest Biogas Project was officially presented with the MPA trophy and prize money as winners of the 2017 Award. With the heart of its activities based in Nepal, it was an opportune moment both for project co-founder Garry Porter to collect the Award and for the UIAA to discuss the project’s evolution since it was set-up in 2013. Also present was Priyanka Bista from 2015 winner KTK-BELT Studio, another project active in Nepal, and representatives from Community Action Nepal (CAN), runner-up in the 2017 Award. The application process is now open for the 2018 Award. Click here for further details.

During the MC itself the following points were discussed:

Further details on topics discussed during the MC will be communicated in April 2018.