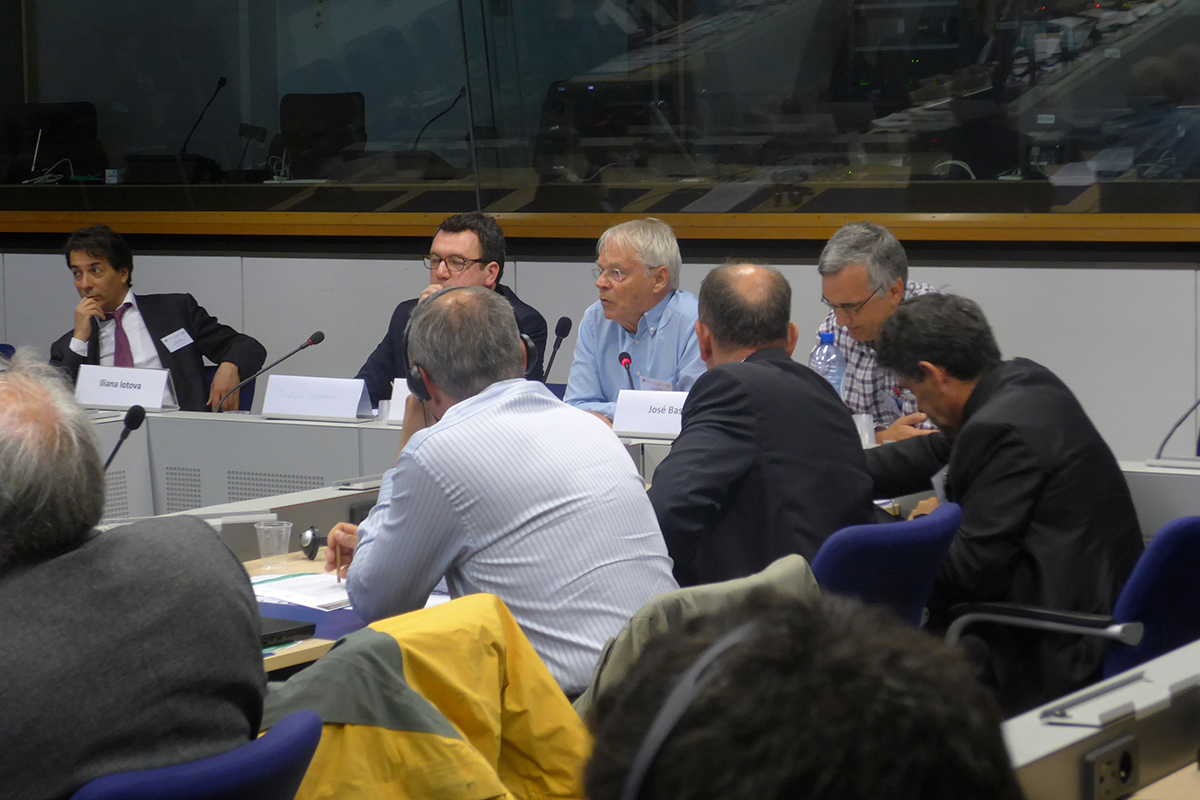 Representatives from the UIAA and some its member federations recently took part in the Cohesion Policy in Mountain Areas conference, held in Brussels on 7 June. The subject of the conference centred around the question: ‘How to increase the contribution from mountains and benefits for mountain territories?’

The conference provided a unique opportunity for mountaineering associations to take part in discussions with variety of experts about European mountains, their future and policies which should improve their situation. This experienced reinforced the message that mountaineering federations and associations are organisations which:

The  conference highlighted the need for mountaineering associations to cooperate and express, at the EU level, positions in line with the core values they promote. Setting up an association to play such a role is a challenge to be addressed.

as well as UIAA Executive Board member Hélène Denis (FFCAM)

Further details about the conference can be found here.

Mountains cover nearly 30% of the EU territory and are home to roughly 17% of the EU population. Europe’s mountains are the continent’s ecological backbone containing a huge reservoir of natural resources. Often located in border areas, mountains provide invaluable ecosystem services. They provide places for recreation and inspiration and are places of residence, of production, of life, which provide food, energy, employment and quality places to live to the entire continent.

Mountain territories have strong innovation and growth potential in areas of key importance to the European Union’s 2020 strategy, for example in smart growth (bioeconomy…), green growth (energy, sustainable agriculture and forestry…) or inclusive growth (strong communities, welcoming territories…). Exploiting fully this potential requires active, ambitious and targeted policies, which help mountain areas to overcome constraints related to difficult geography and a changing climate, constraints that mean that every action is more expensive to implement than in lowland areas.

The Cohesion policy aims “at reducing disparities between the levels of development of the various regions and the backwardness of the least favoured regions” and states that “particular attention shall be paid to (…) mountain regions” according to the article 174 of the Treaty of the Functioning of the EU. Thus, the Cohesion policy has a key role to play in addressing the specific challenges of mountain areas. Macro regional strategies, in this context, play a key role. The EU Strategy for the Alpine Region (EUSALP) as well as the EU Strategy for the Danube Region (EUSDR) provide frameworks for cooperation in two of the main mountain ranges of Europe (Alps and Carpathians), both involving several countries (including non-EU countries) and regions. These macro regional strategies, along with the transnational and cross-border Programmes derived from ESI Funds, are decisive tools to better exploit the potential of mountain areas.

2017 is a turning point, with discussion being started on the future of Cohesion policy. Numerous reports, including at the European Parliament, the Committee of the Regions and the European Economic and Social Committee, as well as individual countries of group of countries are currently being released and feed the debate on how to maintain and reinforce the EU Cohesion policy, in particular in the current challenging financial context. Now is the time to demonstrate that mountain areas can contribute to and benefit from the Cohesion policy.