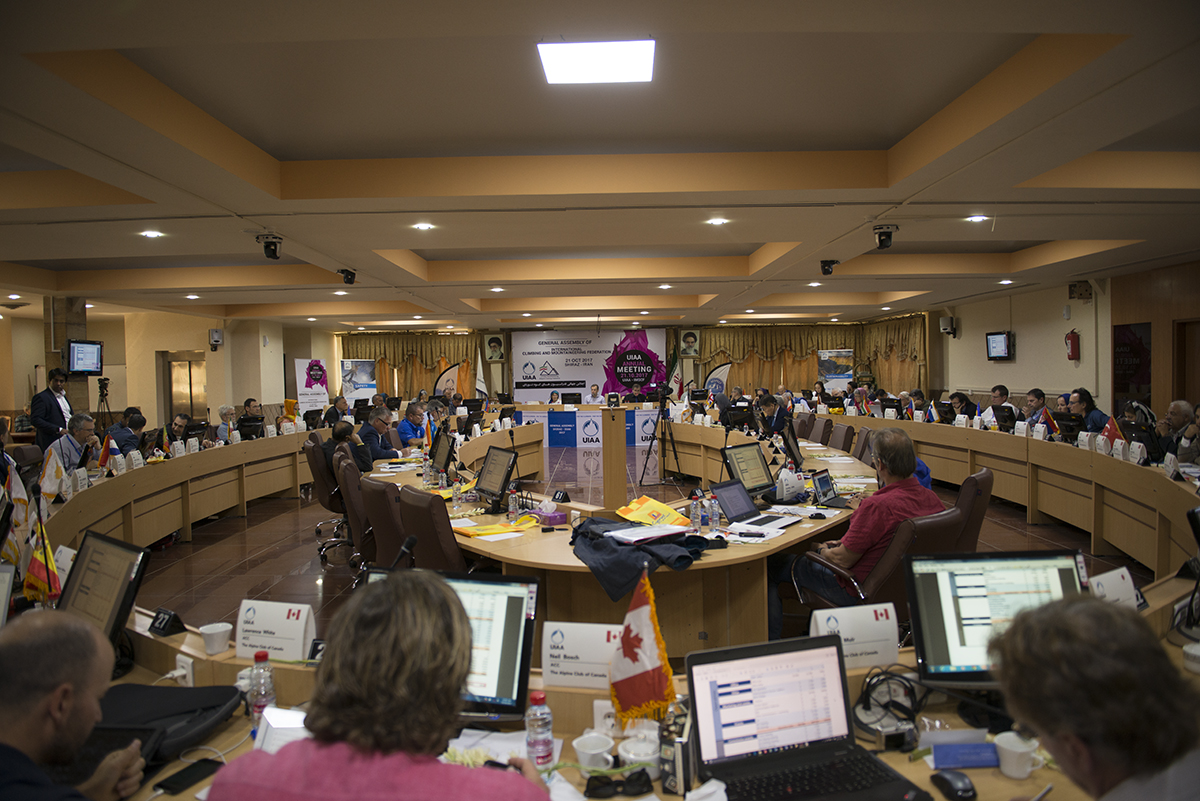 EXPERIENCE AND EXPERTISE AT THE FORE IN UIAA COURT

During the 2017 UIAA General Assembly, a new era was heralded for the UIAA Court. Pierre Humblet, already a Court member, succeeded Bettina Geisseler as Court President and was joined by three new elected delegates in Denis Poncelin, Franz Stämpfli and Marco del Zotto. The UIAA Court representatives all have a strong professional background in various aspects of law and of the mountaineering world.

Court President Pierre Humblet has represented the UIAA in a number of roles since his involvement with the federation began in 1992. He not only served as acting UIAA President in the mid-2000s but as vice-President, President of the Mountaineering Commission and as a Council member (now Management Committee). This experience combined with his five decades as an attorney at law, and his role in the original creation of the UIAA Court, ensure he fits the ideal profile for the position.

“During my career in sport administration I’ve been involved with many bodies dealing with settling cases and in arbitration matters,” explains Humblet. “For a while, I have been with the Belgian Court for Sports and before that member of the Belgian Commission for arbitration in sports in the frame of the Belgian Olympic Committee.”

“I know the UIAA very well,” continues Humblet. “Many people linked to the UIAA know me and trust me knowing that I don’t have any personal hidden agenda. I hope that people within the UIAA and member federations have the confidence in relying on the Court to help deal with any issues they may encounter.”

The UIAA takes this opportunity to thank former Court President Bettina Geisseler and Court members Renée Hopster and Giancarlo del Zotto for their dedication and commitment during their terms in the role.

For any enquiries about the UIAA Court please contact office@theuiaa.org

For details about the UIAA Court members please click here.