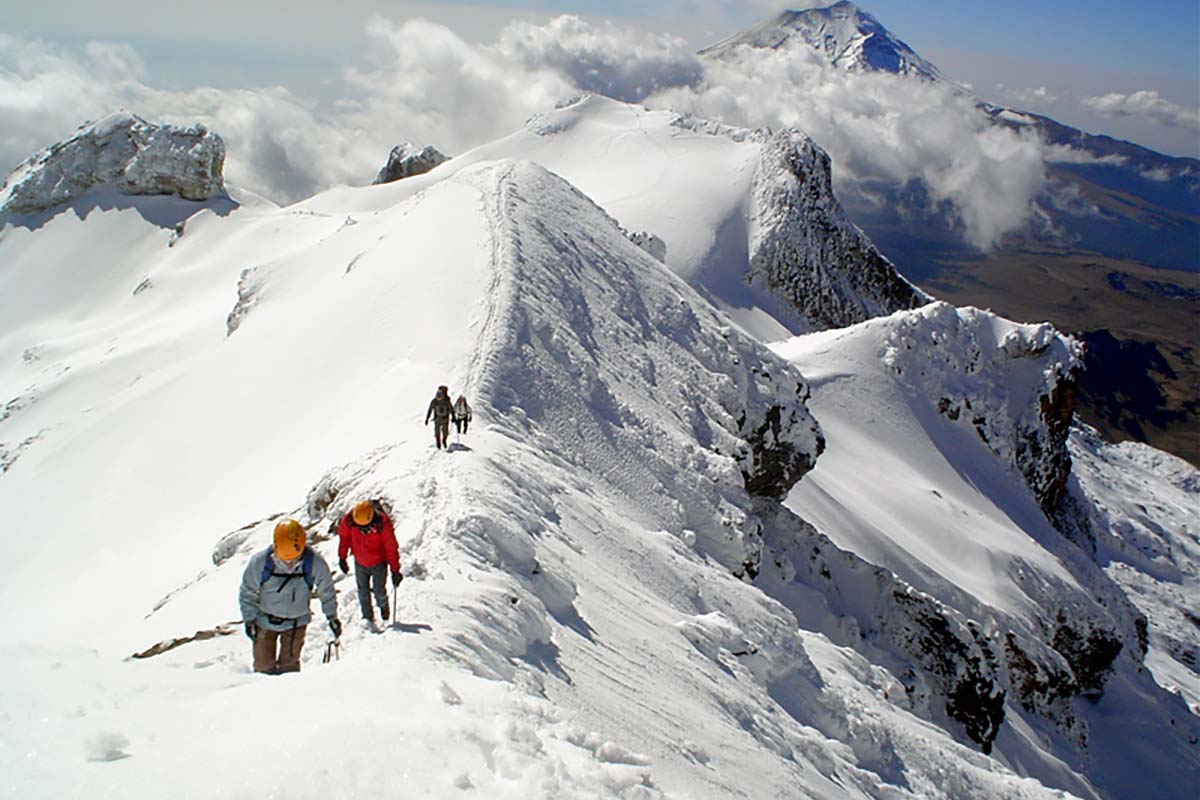 The UIAA General Assembly elected four new member associations in October 2020, taking the total of total of UIAA members to 90 from 67 different countries. As current President Francisco Montiel Neria explains there were a number of reasons behind the federation’s desire to reapply for UIAA membership. “We have rejoined the UIAA as we would like be represented and advised at an international level on issues related to all of our mountain activities particularly in the areas of safety, mountain medicine and sustainable mountaineering.” The federation hopes to use this international expertise and network to harness the development of mountaineering standards in Mexico. Neria also highlights the federation’s desire to apply for international training qualifications and focus on promoting ethical climbing.

“The knowledge acquired from being part of the UIAA will pass down to the affiliates of our federation,” adds Neria. “We strongly believe in investing in education, safety and training as means of growing the sport across the country.”

At the current time the Mexican Federation of Mountain Sports and Climbing (which counts 1,300 members) does not have hard statistics on the number of people regularly climbing in the country but creating a database to capture this information is one of its objectives. However, hiking, high altitude mountaineering, rock climbing and canyoning are regarded as its member’s main interests.

At a sport competition level, the federation is active in Sport Climbing and supporting athletes in their development. In the field of safety, Neria reveals there are ambitious plans. “We have created different Commissions to specifically address key topics, inviting people with experience and recognition both nationally and internationally to develop plans for training, access and nature, mountain medicine, rescue and security. All this with the support and advice of the UIAA.” Hopefully it won’t be too long before Mexico is represented at a Commission level within the UIAA.

In terms of its synergy with the UIAA’s pillar of sustainability, the federation has launched a project to encourage low-impact practices in protected natural areas where mountaineering and climbing are popular. Likewise, it has planned to implement both a No Leave Trace educational programme and an Environment and Access programme with the aim of improving the relationship between mountain athletes, local communities and the natural environment where these sports are practiced. Its recent membership of the UIAA will ensure it can work more closely in adopting initiatives and regulations created by the UIAA Mountain Protection Commission. The UIAA takes this opportunity to wish Federación Mexicana de Deportes de Montaña y Escalada A.C. all the best for its 90th anniversary in April 2021.