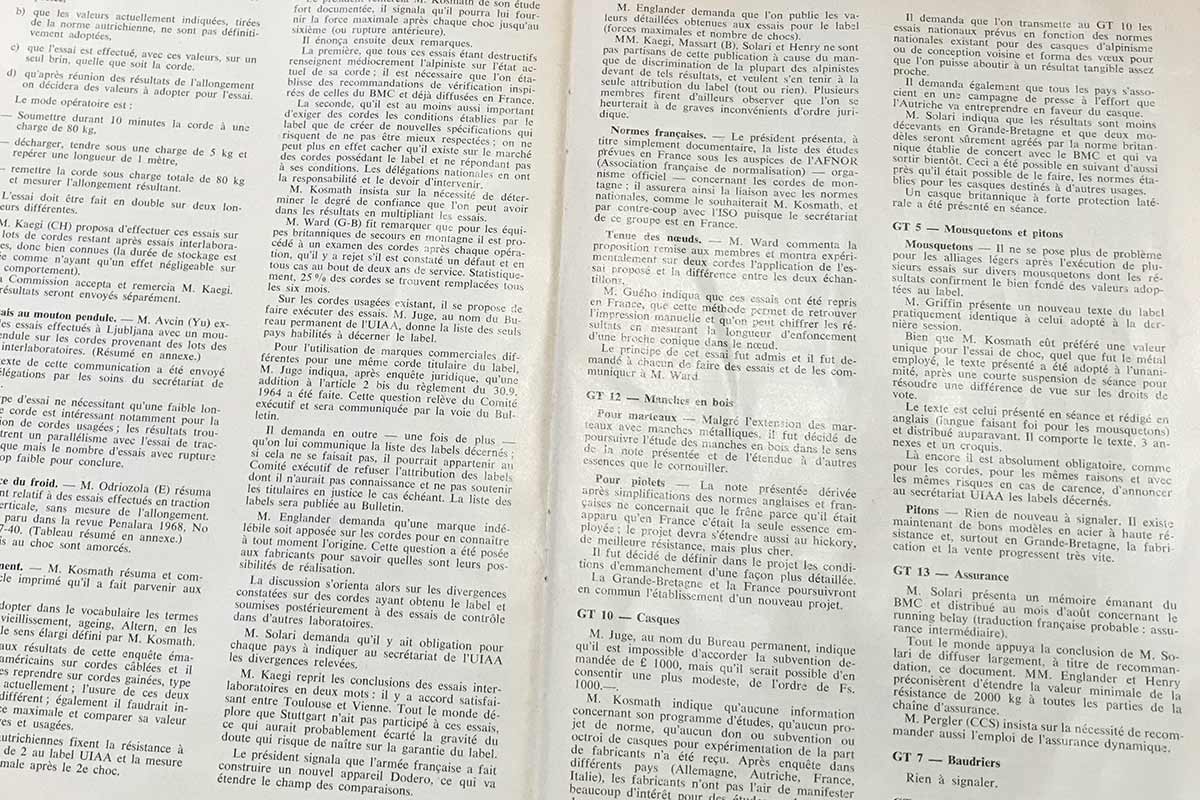 In January 1969, fifty years ago this month, the 33rd UIAA Bulletin opened with a message confirming that the tenure of President Dr Edouard Wyss-Durant had come to an end. Durant resigned from his position during the federation’s General Assembly held late 1968 in London.

The Bulletin revealed that the UIAA was active in lobbying against the construction of téléphériques in the Alpes, forcing local authorities into dialogue.

At the start of 1969, the UIAA counted 35 members in 31 countries. 19 of these federations retain a connection with the UIAA today.

The Bulletin was published in German with extracts translated into French.