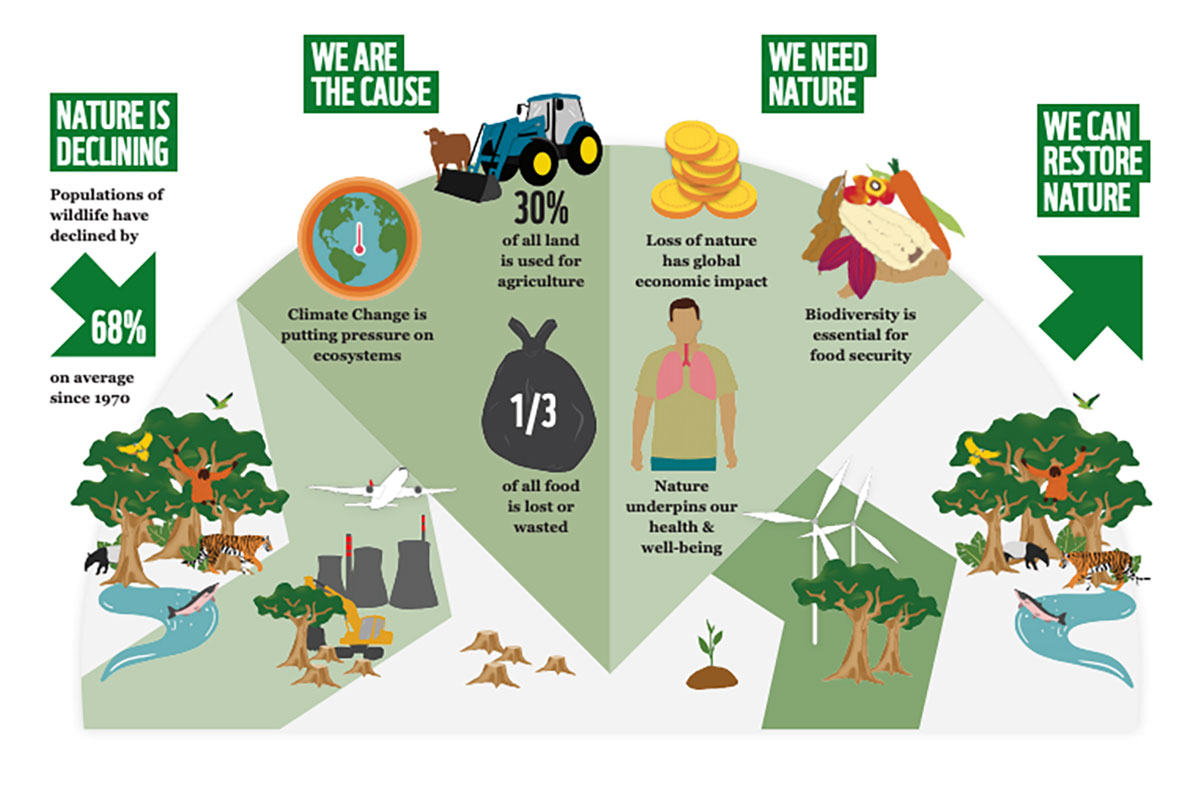 In early September, the WWF produced its 2020 Living Planet Report. Its contents make interesting reading for organisations like the UIAA, and its members associations, involved in mountain-based activities and initiatives.

The headline of the communication which accompanied the release of the report read: WWF’s Living Planet Report reveals two-thirds decline in wildlife populations on average since 1970 (For precision, the population sizes of mammals, birds, fish, amphibians and reptiles have seen an average drop of 68% since 1970.)  There is also analysis of this data per region.

The Report also confirms that causes of this alarming decline include the same environmental destruction – such as deforestation, unsustainable agriculture and the illegal wildlife trade – which contributes to virus outbreaks like COVID-19. The WWF is calling for urgent action to set nature on a path to recovery 2030 by ending the destruction of natural habitats and reforming our food system.