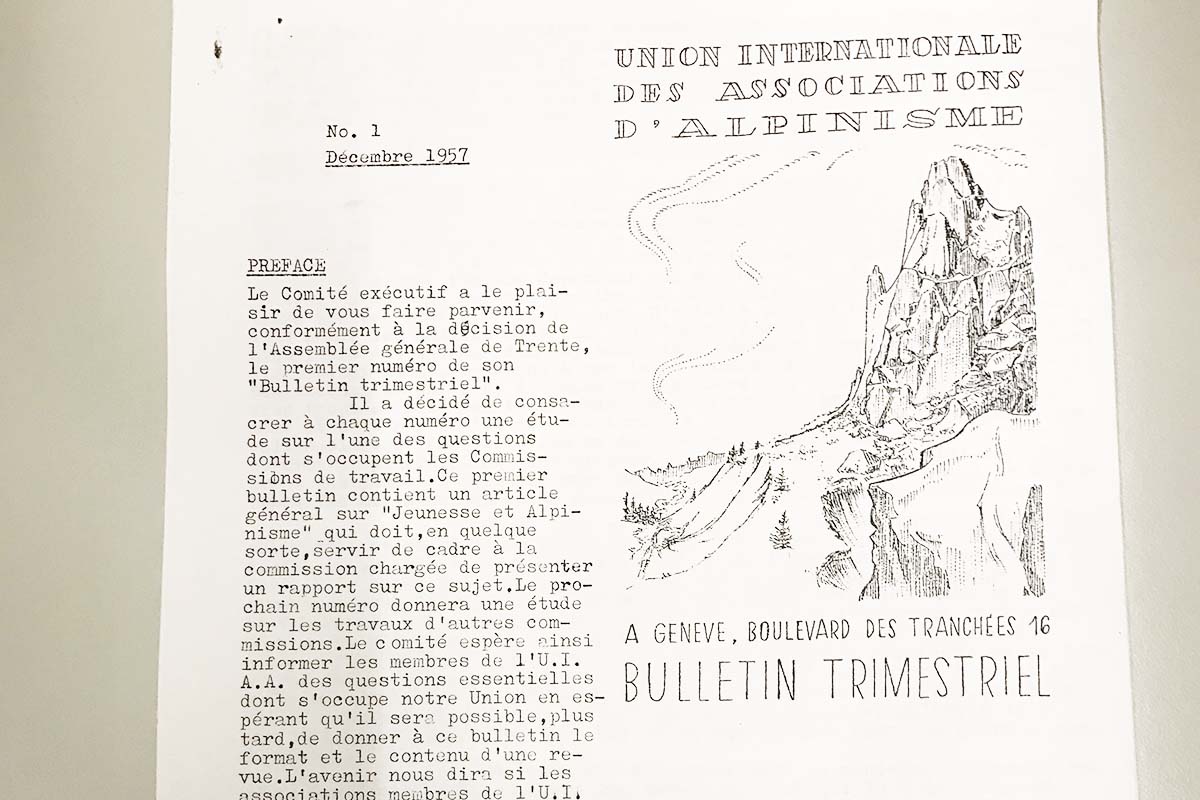 The year was 1957.  The month December. Written in French and produced on seven A4 sheets of stapled, typewritten paper, the first UIAA Bulletin was conceived. The Bulletin, produced regularly over the following four decades, was the forerunner for the newsletters and news releases produced digitally by the UIAA today.

The inaugural Bulletin opened: “Following the decision taken at the General Assembly in Trento, the Executive Committee has the pleasure of sharing the first of its Quarterly Bulletin”. Each edition of the Bulletin was conceived to tackle a specific subject and focus on the work of a given UIAA Commission. The idea of a Bulletin had been put in motion by the then member association from Yugoslavia. This first edition lent its focus to ‘Youth and Alpinism’.

At the 1957 UIAA General Assembly in Trento, what today is the UIAA Youth Commission was created. It formed the UIAA response to a growing dissatisfaction among the youth worldwide in terms of their representation in climbing and mountaineering associations. The Paper also addressed the conflict between two polarising approaches, the collective approach of the ‘traditionalists’ and older climbers and that more individualistic of youngsters, criticised for their lack of patience and unwillingness to take things ‘step by step’ in the spirit of the previous generations. The article also addressed issues between the different generations in refugees, with alcohol  consumption a particular concern. Despite there being a number of issues to address, the Bulletin also recognised that a number of young climbers behaved responsibly showing appropriate respect for the environment and the discipline.

The UIAA called for feedback from its international associations in order to draw deeper conclusions about the subject with the newly formed Youth Commission assigned the task of tackling the challenges.

Also covered by the first Bulletin:

FROM THE ARCHIVES: THE INAUGURAL UIAA GENERAL ASSEMBLY