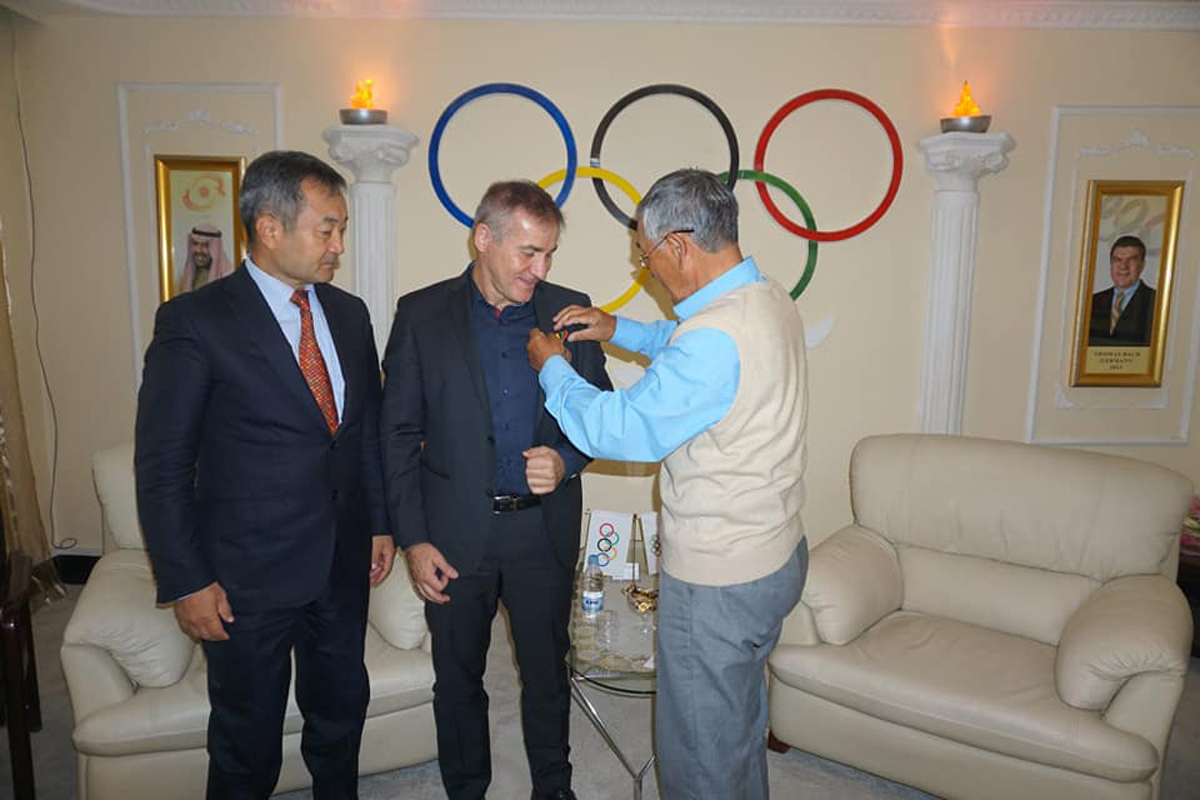 Although there are still 290 days to go until the next summer Olympic Games in Tokyo take place – where 339 gold medals will be awarded – a member of the UIAA family attended his own Olympic medal ceremony on 2 October in Ulaanbaatar, Mongolia.

UIAA Mountaineering Commission President Peter Farkas, former UIAA Vice President, received a gold medal from the Mongolian National Olympic Committee as recognition for his ‘contribution to the development of Mongolian sport’. This included his instrumental role in the bringing the Mongolian National Climbing Federation (MNCF) into the UIAA. The MNCF hosted a very popular edition of the UIAA General Assembly in October 2018.