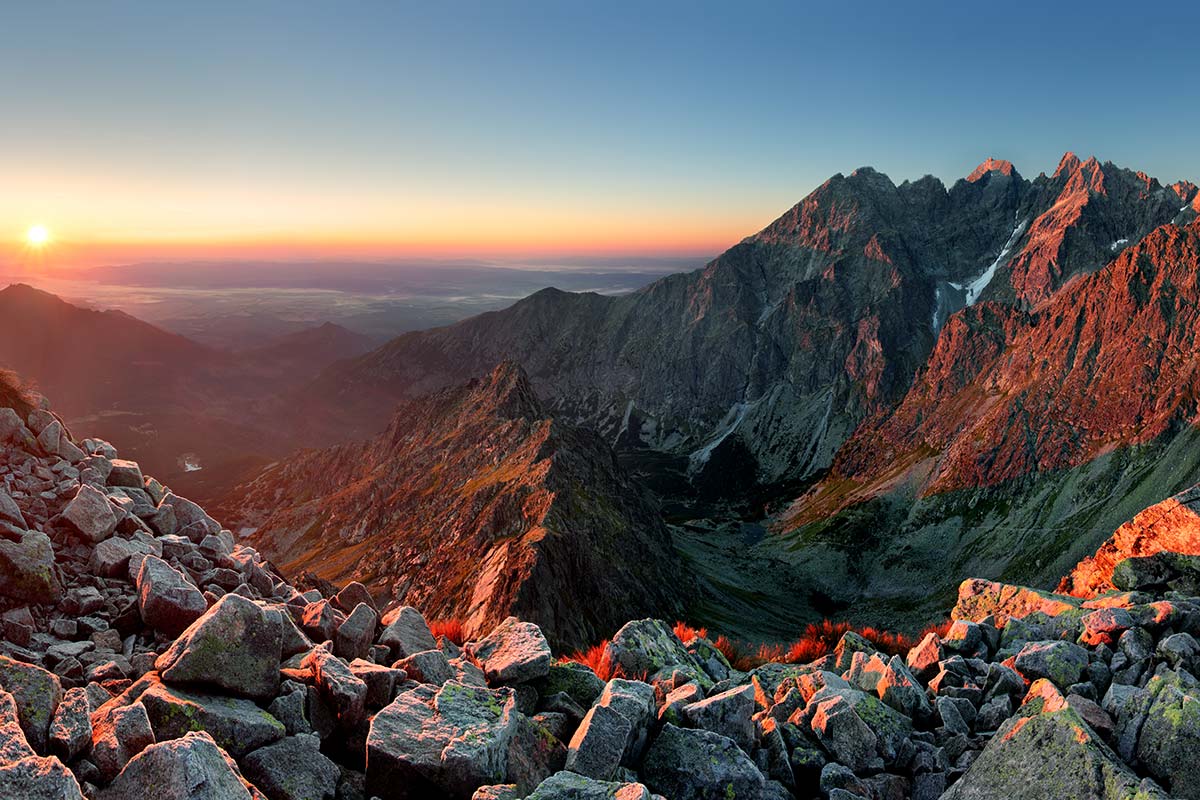 The High Tatras are the only real high-mountain range in Slovakia. Small in area, but unique and rare in their beauty and natural values. Tourists, skiers and mountaineers have been visiting the Tatra Mountains for several centuries, always respectful of the environment, and at the same time, becoming part of their history. In 1949, the territory of the Western, High and Belianske Tatras was declared a Tatra National Park (TANAP).  It was the first national park in Slovakia and one of the oldest in Europe.

Activities of visitors, tourists, skiers and mountaineers have long been regulated by the TANAP Visiting Policy, which has not changed for the past 20 years. This Visiting Policy has been partially complied with in practice. This included almost complete exclusion of activities at lower levels of climbing difficulty, i.e. up to the 3rd UIAA grade and major limitations for skiing and ski-mountaineering (ski-touring) activities. These have been the most problematic and contentious parts of the policy.

For years, the Slovak Mountaineering Association JAMES, has been trying to cooperate with the State Nature Protection Authorities in developing a new, revised TANAP Visiting Policy, but has until now been unsuccessful. The State Nature Conservation Authorities has recently put forward a proposal for a new TANAP Visiting Policy, which is far more restrictive as regards the activities of tourists, skiers and mountaineers, for example, prohibiting all climbing activities for an entire three months of each year.

At the same time, the number of protected animal species, such as the Tatra chamois and the Tatra marmot are continuously rising or at least holding high. In an attempt to evolve discussions related to this access issue, the Slovak Mountaineering Association has come up with the “We also belong to the Tatras” initiative, which rejects the proposal of the TANAP Visiting Policy, and requests the development of a new, up to date and fair Visiting Policy.

The Slovak Mountaineering Association would like to kindly ask its foreign friends, tourists, mountaineers, skialpinists and their organizations to become signatories of its initiative and to support its efforts. The appeal has already over 15,000 signatures. In the past, the legendary Mountaineering Camp 4 in Yosemite National Park was rescued with the help of a similar international solidarity.

The Slovak Mountaineering Association is currently working with the UIAA Access Commission on the matter and thanks UIAA member associations for any support they can provide.

To support the appeal and for further information please click here. The form is available in English, Italian, Polish and Slovak.

Since the publication of this article, there have been some developments concerning the Appeal.

Please refer to the press release below.

The Slovak Mountaineering Association thanks the UIAA, fellow members and the UIAA Access Commission for all their support with its appeal. 16,000 people have supported the motion including 5,000 from overseas.

The proposal of the new visiting policy for the Tatra National Park, which was recently introduced by the state conservation authorities have raised some raging opinions. The Minister of Environment, László Sólymos, therefore accepted representatives of We Are Also Tatras Initiative to discuss with them their collective comments on this proposal. The outcome of the meeting is the Minister’s decision to suspend the approval process of the Visiting Policy proposal, with a view to creating sufficient space for discussion.

“The visiting policy of our oldest national park must first and foremost respect nature conservation, but it must also be modern, transparent and meet the needs of visitors of the national park,” said the Minister of Environment, László Sólymos.

After receipt and incorporation of all proposals and comments, the original proposal for the TANAP Visiting Policy will be amended and adopted as soon as possible. The proposal for the new visiting policy, prepared by the TANAP Management, originally suggested and counted on several changes. These were mainly related to the length of the seasonal closure, restrictions for climbers and dog owners, and the regulation of geocaching. However, a number of comments have been made on this proposal, including a collective appeal of We Are Also Tatras Initiative.

“We thank László Sólymos, the Minister of Environment, for accepting and constructively addressing our proposals. The new proposal for the TANAP Visiting Policy will be developed under the responsibility of the Director General of the State Nature Conservation, and our organizations will be invited to this process. There is a long journey ahead of us, but it was certainly the first major step towards a better TANAP Visiting Policy. We have also achieved it thanks to all the supporters of our appeal, to which we would like to say a great big THANK YOU!” Initiators of “We Are Also Tatras” Appeal