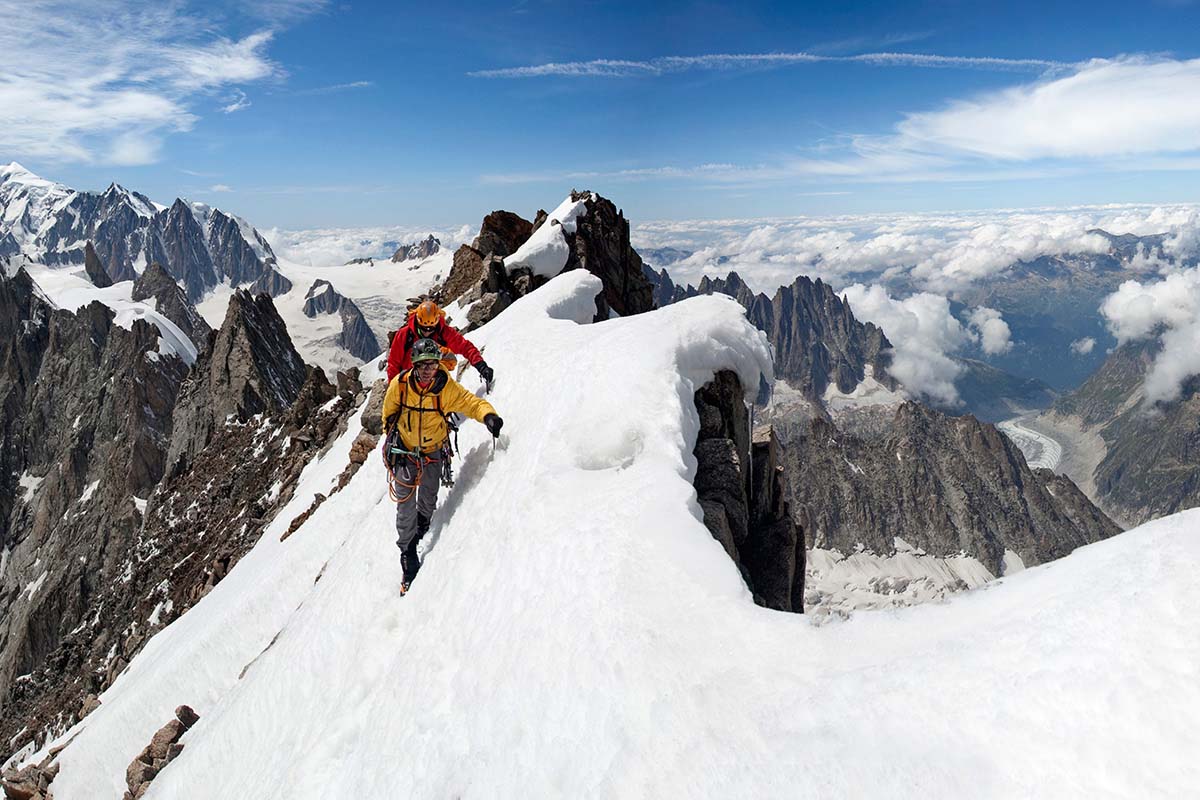 Following a long campaign stretching back to 2009 when UIAA members were asked to lobby their respective governments, late last year, Alpinism was officially recognized by UNESCO as an Intangible Cultural Heritage of Humanity (please refer to the dedicated article).

Cultural Heritage recognizes various traditions, expressions and the wealth of knowledge that are inherited and passed on to future generations and communities to be preserved and protected. The unique challenges, history and culture of Alpinism were considered and the governments of France, Italy and Switzerland played a key role in achieving this goal.

Benefits of the Ruling

There are numerous benefits resulting from Alpinism’s inclusion on the UNESCO list.

Firstly, there is now an official document describing the specific characteristics of Alpinism including the claim that its value towards humanity makes it worthy of preservation.

Secondly, greater clarity is now provided. The term Alpinism is often both misused and misunderstood, and therefore creates some confusion when referencing the diverse activities of mountaineering as opposed to Alpinism specificity.

No other form of climbing activity has the same history and cultural significance as Alpinism; other forms of mountaineering activities such as hiking have a very broad and diverse scope and fail to have the same defined practicing community, having a sense of community worldwide, as required by UNESCO’s rules.

UNESCO recognition provides an opportunity for all UIAA member federations to both raise awareness about the ethos and values of Alpinism and to motivate people to join the practicing community thanks to the initiation and training provided through its federations and their clubs. Recognition can also serve as a tool to encourage concerned authorities (sports ministries, mountain regions) to lend their financial and material support to the UIAA and its members’ actions in this respect.

Thirdly, safeguarding the activity of Alpinism means taking measures to avoid any development impairing its practice. Since inadequate training or misunderstanding can sometimes result in the imposing of restricting measures by authorities, the UNESCO certification can be used as a means to convince authorities that issues such as access and practice restrictions are not the right approach, since these work against the self-responsibility spirit of alpinism. Efforts should instead be directed at :

– Training of intensive guides and leaders; and

– Working closely with juridical bodies to avoid future inadequate interpretations of the activity Alpinism which could threaten the viability of the practice which is now internationally recognized as having a high value to the humanity.

Finally, mountains have become increasingly accessible by motorized and/or artificial means, and the spirit of discovery or exploration, immersion in the wild and the search for contact between the practitioner and the environment are disappearing, as is the culture of alpinism. In order to counter this trend and affirm the spirit of Alpinism, new measures should be introduced to reinforce the implementation and complete existing ones. Such safeguarding measures are described in the corresponding UNESCO documents and are duly signed engagements of the three States mentioned above.

How UIAA members can use supporting resources

Having the specific activities and descriptions of Alpinism officially recognized by UNESCO as a Heritage of the Humanity is an extremely useful tool. It ensures steps can be taken to safeguard these practices, ethics and values for future generations. This in any further concerned state/country and achieved by supporting the practicing community and by managing the mountain regions of that state/country. This creates a greater worldwide opportunity to promote and showcase Alpinism, its activities and values, to gain further support and recognition, and to continue to preserve responsible freedom of practice and access to sites.

Going forward, there will be future opportunities for additional countries to formally join the present, successful applicants. In the meantime, UIAA member federations are encouraged to take use of the Intangible Cultural Heritage assets (see below) to continue to promote and preserve the activity of Alpinism as a reference towards their own respective authorities.