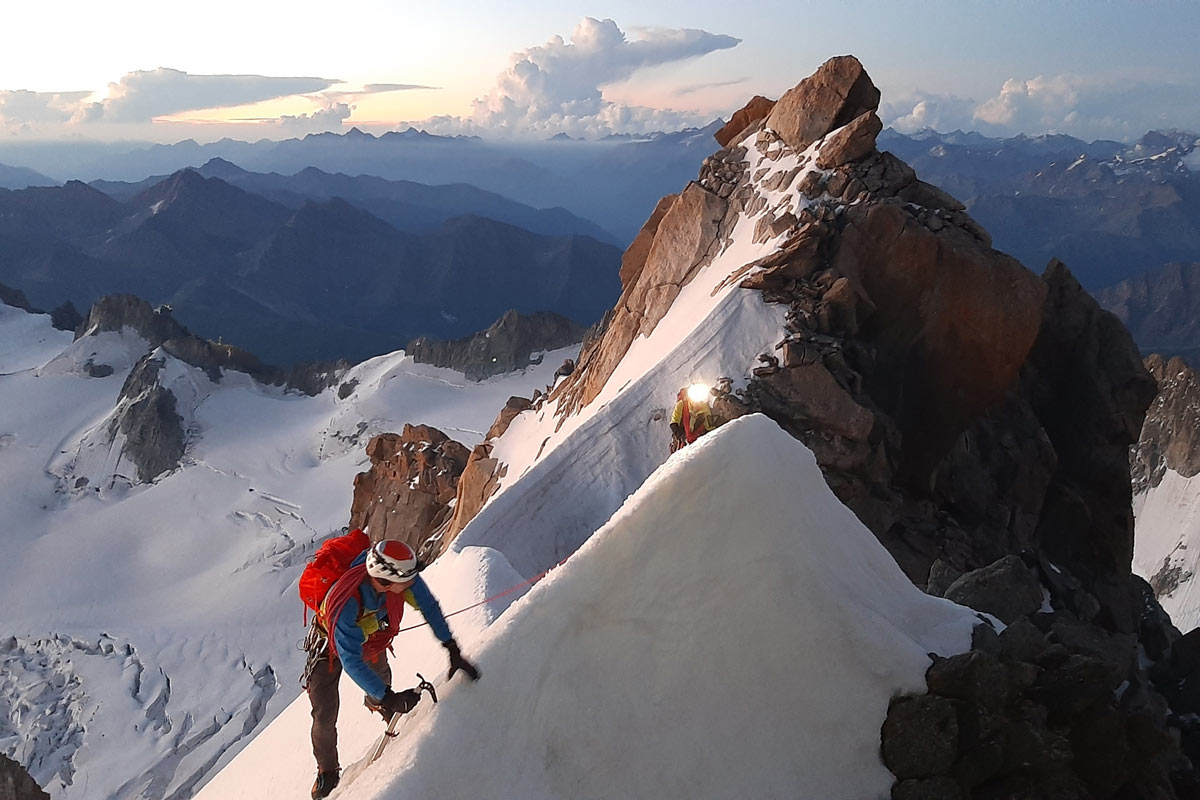 As the ever growing reality of climate change continues to impact the world’s mountains, one man’s extraordinary achievement has helped highlight the issue and inspired others to take action.

After just 78 days, enduring deteriorating conditions, aching muscles and sleepless nights, Roeland van Oss, a UIAGM/IFMGA Mountain and Ski Guide and expedition leader stood atop Barre des Ecrins having achieved the remarkable feat of climbing all 82 of the UIAA-recognised 4000m peaks in the Alps. A total of 100,000m of elevation gain.

In the process he became one of only a handful of people and the first Dutchman to accomplish the impressive challenge.

van Oss developed his Climbing4Climate project with the aim of drawing attention to the threat posed by climate change.  A 2019 International Panel on Climate Change (IPCC) report, the first for over 20 years, revealed just how stark the threat to the mountain environment has become. 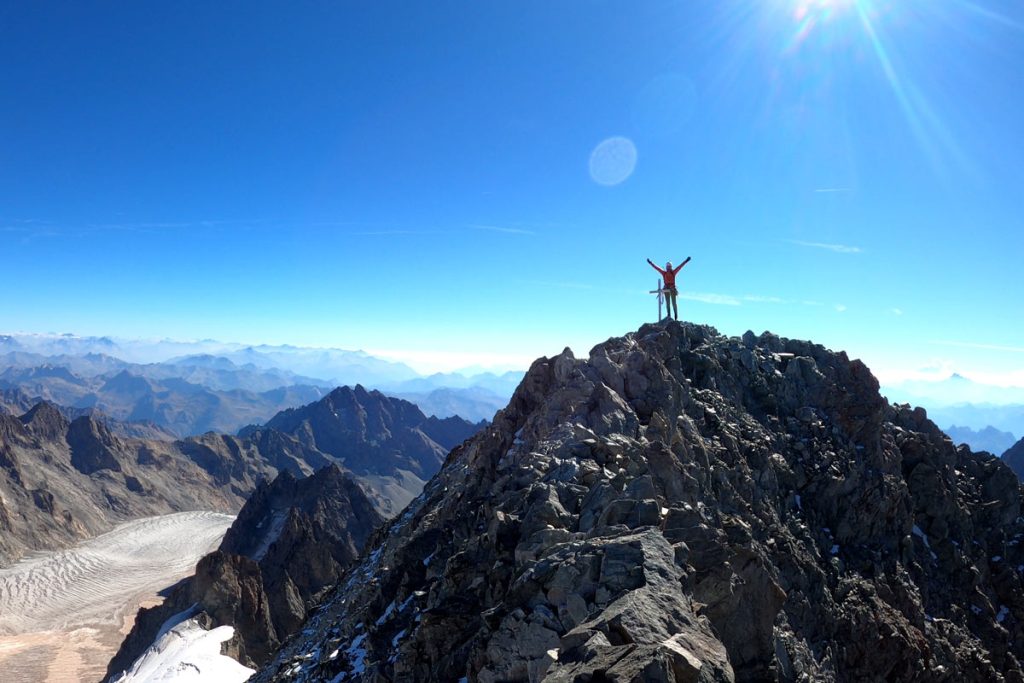 Temperatures in European, American and Asian mountains have risen by 0.54 Fahrenheit per decade.  These temperature changes have the possibility to lead to drastic environmental threats such as rockslides and mountain floods, endangering people as well as wildlife.

van Oss undertook his challenge in a climate neutral way; that is without the use of cable cars or motorised transport. He cycled more than 1,300km and climbed and walked over 600km. 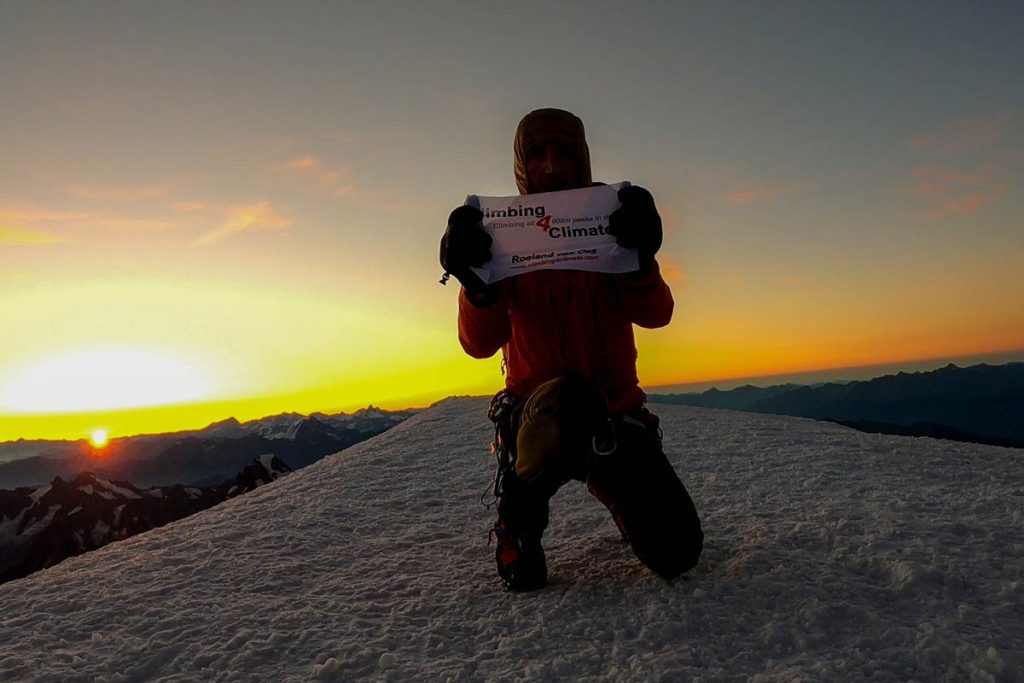 It was his own professional experience that led to his concept.  “As a mountain guide and climber, I see more and more that the Alps are having a hard time. Glaciers are melting, rock towers crumble, seasons change, droughts and floods alternate.  To draw attention to the climate in combination with my passion for the mountains, I came up with the Climbing4Climate project.”

On May 27, van Oss began in Morteratsch, Switzerland. At 4049m, Piz Bernina is the highest mountain in the Eastern Alps and its mountain range famed for its association with the Bernina Express railway journey, one of the most scenic in the world.

Despite this idyllic backdrop, it quickly became apparent how difficult the challenge would become.

A cold and snowy night meant an overnight stay at the Marco Rosso hut and the following day’s climbing took eight hours, twice as long as expected.

Record summer temperatures made conditions difficult, with many routes closed owing to rock and ice fall. 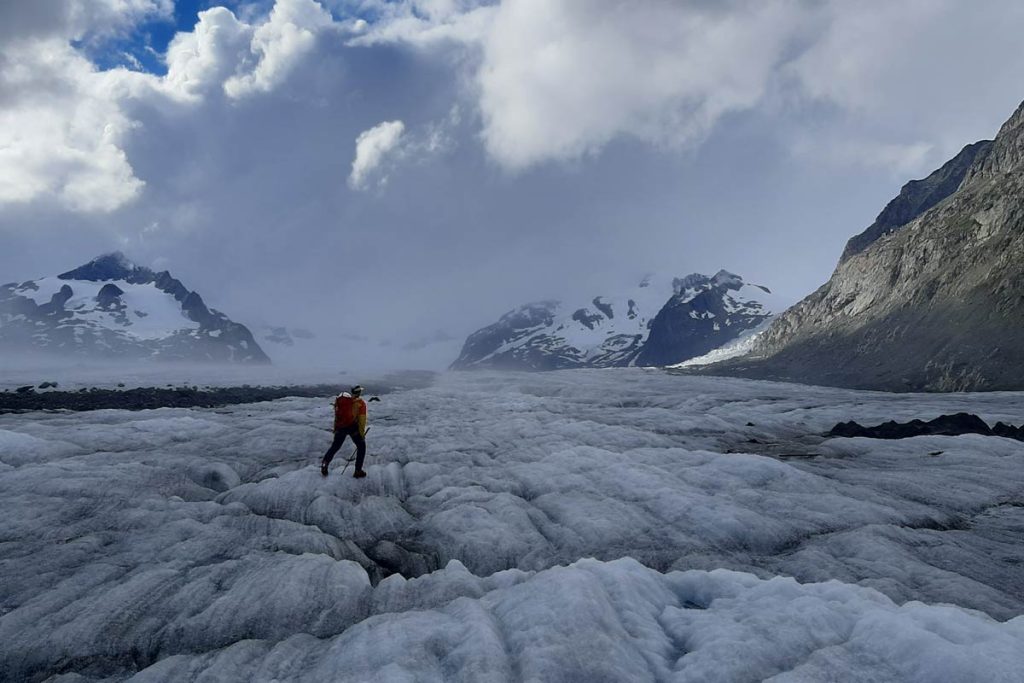 Along the way, van Oss showcased his journey across social media, where he gave people the opportunity to participate in the project by making their own climate oriented pledges.  As a result, 140 people helped save more than 16,000kg of CO2.

He was forced to alter his planned route, so cycled to Chamonix earlier than planned, where he climbed the 31 of the 4000m mountains around Mont Blanc.

It was in the Chamonix region where van Oss saw most acutely the issues relating to receding glaciers and climate change.

“It was already getting warm when I started that area, so much rock was loose and it was definitely the worst I have ever seen it. Other areas were also affected, but because the rock is a bit more stable the effects don’t show as quickly.  For instance, I climbed the Matterhorn solo without using crampons which is shocking, as in normal seasons the final 100-150m is always covered in snow and ice but the mountain was still climbable.”

van Oss describes one of the hardest days climbing as the traverse from Mischabeljoch bivak, over the Taschhorn (4491m), Dom (4545m), on to Dirruhorn and finally the campsite in Täsch.  The seven 4000m peaks ensured it was long, tiring day.

The challenge provided a sober reminder of the issues relating to climate change as over the summer there were mud and rock slides in Valpelline, as well as the major collapse of a glacier in Marmolada, in the Dolomites. 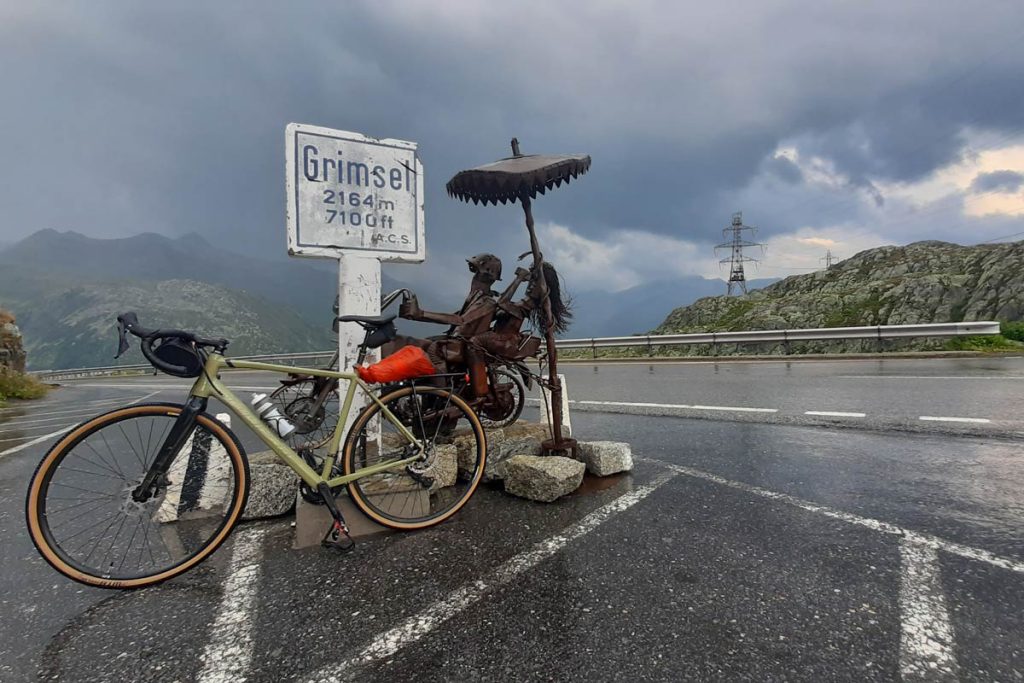 Following a bike ride of some 200km over the Col de Montgenèvre to Ailefroide, France, with mind and body weary, the end was in sight. On 12 August, the two final ascents of the Dome de Niege and Barre des Ecrins were complete and van Oss had made history.

The Dutchman seeks to underplay his personal achievements, preferring that the issue of climate change remains front and centre of people’s thoughts: “It was important that the expedition should not be about me, but about the climate, and about taking action ourselves.  We can shout and point our fingers at the problem, but the solution only starts when we take action ourselves!”

More photos from Roeland’s initiative can be found here.

As part of its longstanding commitment to tackling climate change, the UIAA set up a dedicated taskforce earlier this year and recently signed the UNFCCC Sports for Climate Action Declaration Commitment Letter. Furthermore, a Climate Change Workshop will be held during the 2022 UIAA General Assembly, 29 October, and provide an opportunity to discuss topics related to sustainability and climate change in an informal format, to learn and to better understand needs and expectations of UIAA member federations.

About Roeland van Oss
Roeland van Oss is one of the few Dutch UIAGM/IFMGA Ski and Mountain Guides (the highest level of training within mountaineering ), expedition climber, inspirational speaker and MSc in management sciences. He lives much of the year in Chamonix (France) from where he works all over the Alps. Roeland has done many impressive climbs and expeditions all over the world. This project was supported by the NKBV, RAB, Switzerland Tourism, Julbo, OutdoorXL, Dynafit, Progress, LaPierre, de Groene Veterinair, PersonalPeaks.nl, SAC.
For more information: www.climbing4climate.com