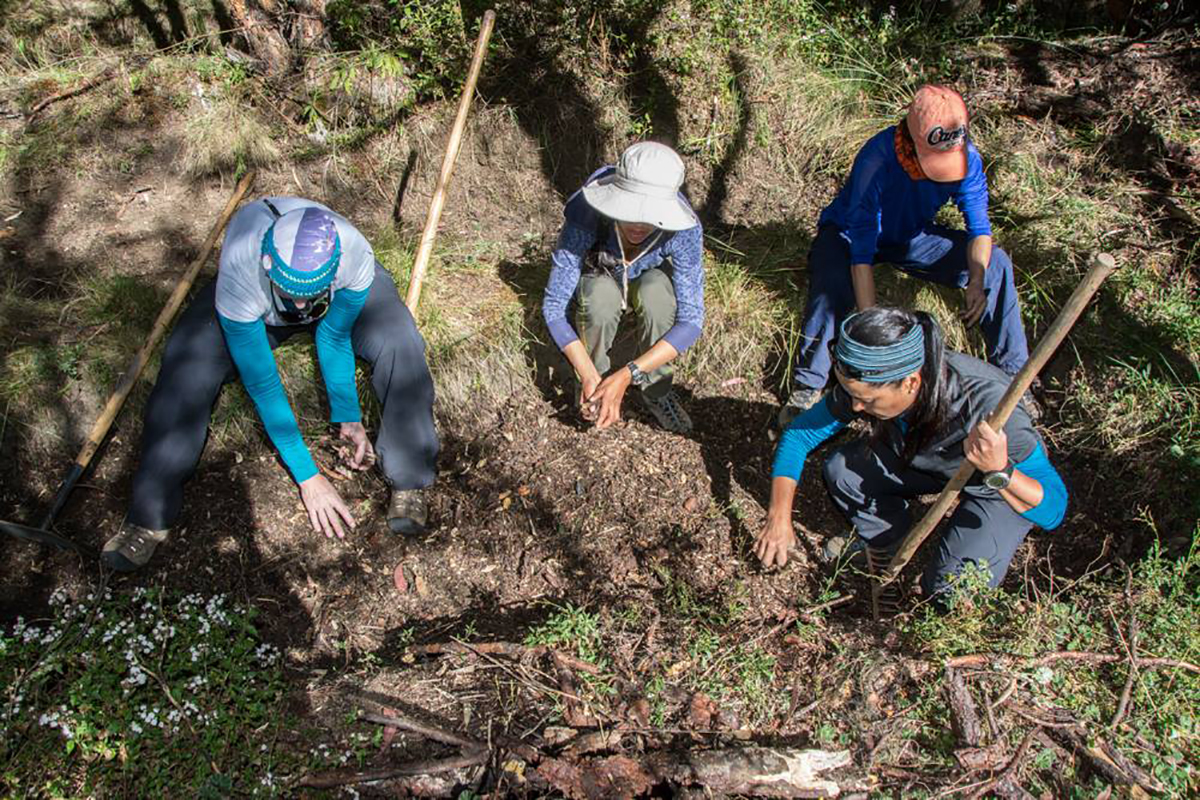 An appreciation of mountain ecology and promotion of best mountaineering practices

Mujer Montaña, one of the organisations vying for the 2017 UIAA Mountain Protection Award (MPA), is currently hosting a special set of events in the Cordillera Blanca range, Peru. This latest initiative follows four hugely successful International Mountaineering and Climbing Encounters held in Bolivia, Argentina, Peru and Ecuador since 2013.

The envisaged result of this latest encounter, held from 20-29 July, is to both foster a deeper awareness of, and appreciation for, mountain ecology among the 34 participating women from 12 countries across Latin America, and learn how to lower the impact of mountaineering through practical application of measures such as ‘leave no trace’. Mujer Montaña is one of 26 projects from 15 countries to apply for the 2017 Award. Proceedings at this latest event began with an inaugural ceremony held at the Huaraz Tourism Chamber of Commerce, with presentations from authorities of the Huascarán National Park and mountain ecology educators from Chile. The UIAA Mountain Protection Commission President Dr Carolina Adler (below) presented the UIAA and the MPA as an international showcase for such organisations and initiatives. Tana Mejia, a key symbol of Peruvian mountaineering in the 1980s, also made a presentation before the ceremony closed with the screening of the film “Samuel en las Nubes” [Samuel in the Clouds], a portrait of a natural catastrophe, a documentary about the current situation of the former snow-capped Chacaltaya mountain in Bolivia, which is considered the first extinct glacier in South America. The following day, the group headed to the mountains with a visit to the Huascarán National Park, where they participated in the first of a series of ecological activities in the park under the guidance of park staff, before heading higher up to fulfil climbing objectives. The female party will spend the next few days in the mountains, culminating their programme with a group climb of Pisco (5,752m) on 28 July, Peru’s national day.

Mujer Montaña is a non-profit, inclusive and unifying project. It aims to promote and facilitate good practices in a responsible and sustainable way in trekking, rock climbing, mountaineering and adventure sports for women at different ages, beginners and professionals, focusing especially on environmental education, an appreciation of natural resources and highlighting the effects of climate change in Latin America. In doing so, the project creates spaces for the exchange and training in not only mountaineering and sports, but it also facilitates important social and cultural exchanges along with a vital commitment to the impact humans leave on land. Its goals include spreading gender equality, promoting sustainable thinking and empowering women through the practice of climbing and mountaineering.