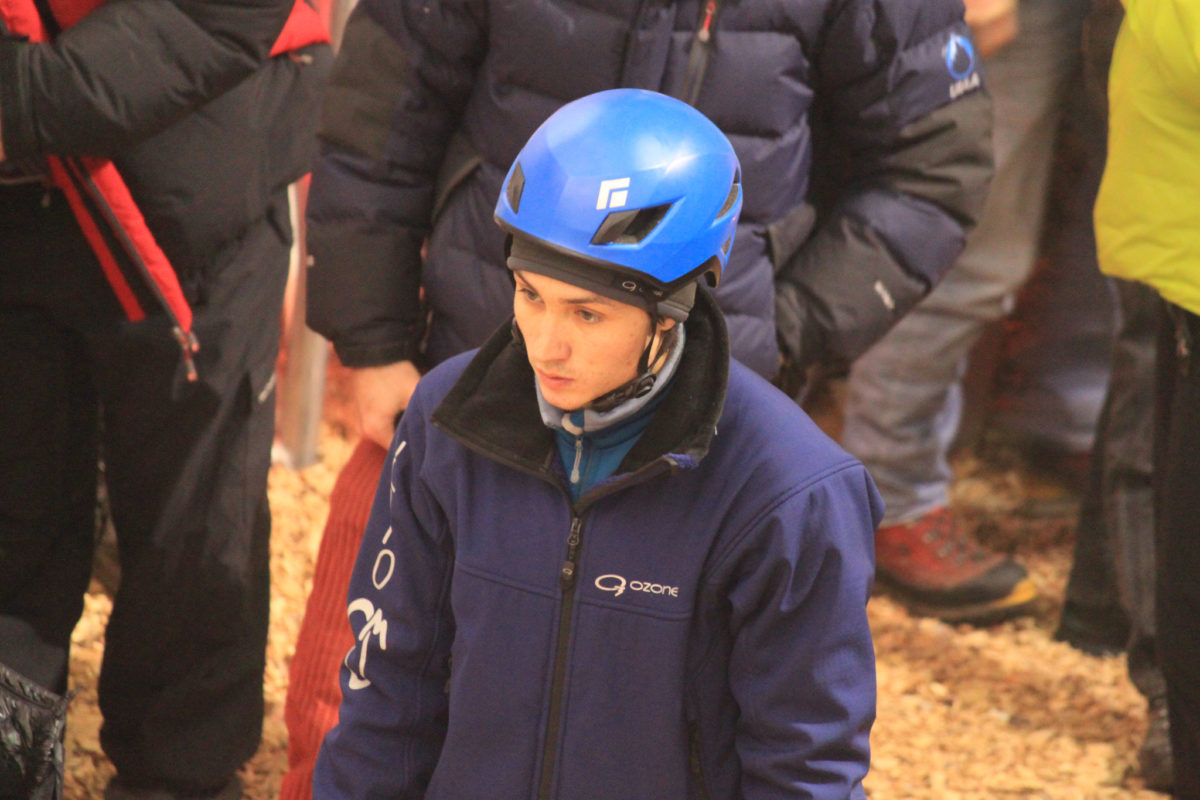 Batushev set a time of 9.23 seconds to finish ahead of Vladimir Kartashev who recorded a best time of 9.24. Bronze medal went to Egor Trapeznikov (9.34).

Kartashev (pictured above) finishes the season with three silver medals and one gold to take the World Cup title in speed.

Song leads the overall season rankings ahead of Rainer by 62 points.

While the World Cup season closes tomorrow, the main event of the 2017 UIAA Ice Climbing season – the World Championships in Champagny-en-Vanoise, France – will take place on 4-5 February.

A full review of the weekend in Rabenstein will be posted on Sunday 29 January.