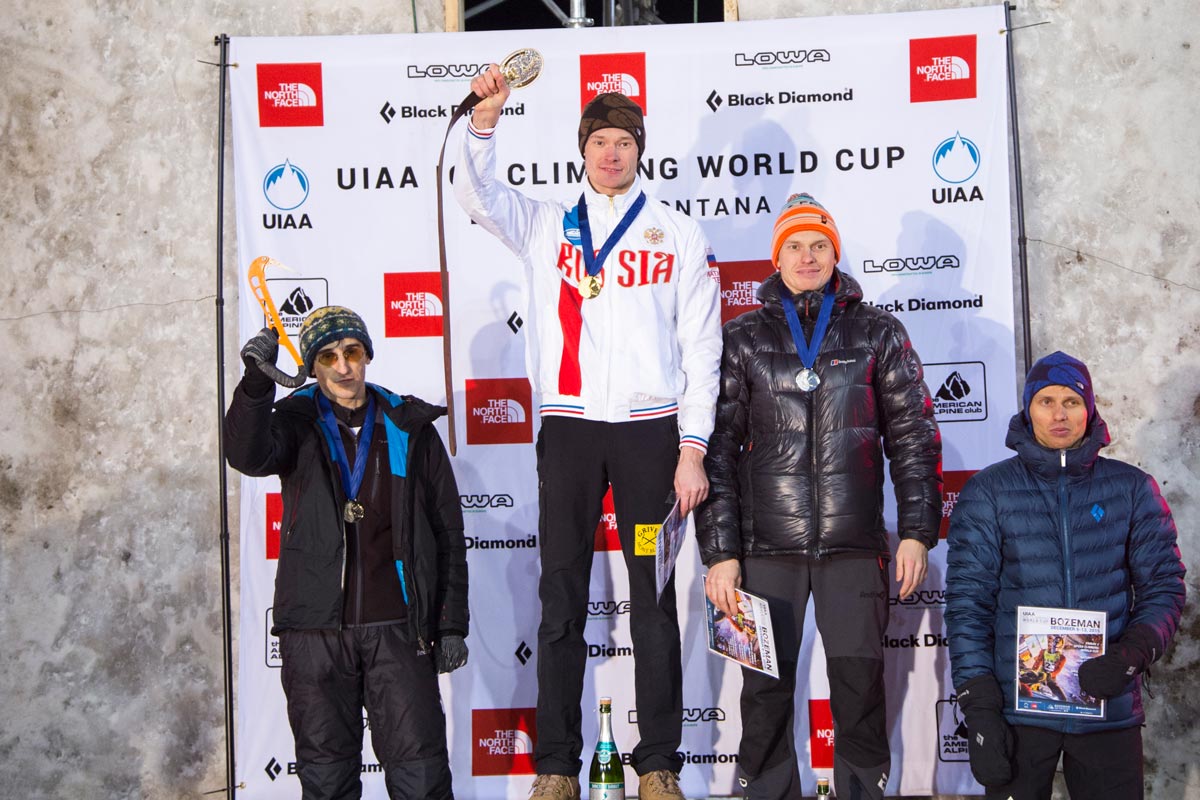 In Featured, Ice Climbing, UIAA, Under the Ice

THE TOMILOVS: BROTHERS ON ICE

Sport is littered with well-told tales of successful siblings. From the Williams sisters in tennis, to the Klitschko brothers in boxing and the Brownlees in triathlon.  Ice climbing has its own star siblings including France’s Tristan and Louna Ladevant, Switzerland’s Sina and Lukas Goetz and Russia’s Alexey and Maxim Tomilov. The latter have been among the leading climbers in the world for well over a decade.  Having enjoyed long and storied careers, the pair can now reflect on some of their achievements as well as looking ahead to the next chapter of their climbing lives, which soon may come away from the competition spotlight.

The pair, from Kirov, Russia fell in love with ice climbing after watching the Russian Ice Climbing championships in their hometown back in 1998.  Little did they know then that they would go on to become two of the pre-eminent athletes of their era. Alexey, the elder brother by three years at 36 and whom Maxim has previously described as the more naturally talented, shot to prominence when winning the 2003 World Cup event in Valdone, Italy.  The fiercely competitive Maxim however, has enjoyed the greater success, winning an incredible five lead titles (2012, 2014, 2015, 2016, 2018) as well as taking the overall speed title in a thrilling conclusion in 2016, becoming the first male climber to achieve the double of lead and speed in the same year. Alexey is also a regular on the podium, a highly consistent climber across both lead and speed. The younger Tomilov has little doubt as to has had the most significant impact on his career.  “My brother has had the biggest influence.  He brought me to this sport and was always there for training. Participating in competitions with my brother always gives me additional motivation and support, but at the same time also additional emotions”. Alexey, who has won multiple medals across the lead and speed disciplines throughout his career concurs with this sentiment, while also pays special mention to Pavel Shabalin, former UIAA Ice Climbing Commission President, who in his opinion played a major role in turning competition ice climbing into the form we now see it, and the Canadian ice climber Will Gadd as inspirations. Rather than sibling rivalry having a negative impact on their respective careers, Alexey believes their mutual support has pushed each other onto greater success.  “Of course, we participated in competitions many times together, and when one of us didn’t succeed, the other got additional super motivation.  That was what happened to me at UIAA Ice Climbing World Cup Cheongsong in 2013, when Maxim did not make it to the Finals, and on the contrary I went to the final route with a super mood and won, showing in my opinion the best performance of my career”.

Maxim and Alexey both work as industrial climbers when they are not ice climbing and frequently train together in the off-season, mostly in Kirov beginning in mid-September, combining running with rock climbing training.  It is this dedicated and physically taxing preparation Maxim believes, that has contributed to their success.

The brothers differentiate in their ability to practice on icefalls however.  While Alexey has often frequented the Italian and French Alps, Maxim very rarely practices as he lives on the East European Plain with no mountains or frozen waterfalls. After a long time on the Tour, the brothers are beginning to look ahead to their next steps in the sport.  Although he hasn’t completely ruled out a comeback, Alexey has officially retired in order to spend more time with his family and has since become a routesetter, while Maxim, who is determined to compete on the Tour as long as he continues to enjoy the sport has also qualified as a routesetter.  So what inspired the pair to go down this path?  “I wanted to be on the other side of the game, and using my great competitive experience to try and create the perfect competitive route, difficult and spectacular, which I myself would like to see as a participant”, explains Alexey.  Maxim, meanwhile believes his ability to set training routes throughout his career proved especially beneficial to him and that this knowledge can now be passed on to the next generation of climbers.  “I have been participating in the UIAA Ice Climbing World Tour since 2002 and in order to climb at the highest level I had to constantly set routes and try everything myself, so I have gained great experience in this matter and I want to share this with a new generation of ice climbers”.

Alexey, who favours long and difficult routes with long power movements, and Maxim who also favours complex technical routes, believe that of those on the current tour programme, Cheongsong and Kirov offer consistently the best and most challenging routes for athletes.

Having both enjoyed an illustrious career on the UIAA Ice Climbing World Tour, the brothers are in an ideal position to offer some perspective on how far the Tour has come over the span of their careers and also what their hopes and aspirations for the sport are going forward.  Maxim believes many things have changed for the better but also believes there are elements that can still improve and evolve. ”Online broadcasts have appeared, routes have become more interesting and more difficult.  New countries have appeared and a phenomenal ice climbing festival has been organized and held during the Sochi Winter Games in 2014.”  As for Alexey, he believes the sport has become far more professional over the years. And his hope for the future? That one day he will see ice climbing at the Winter Olympic Games.  The Tomilov brothers will no longer be competing then but undoubtedly with their experience and expertise they will continued to be involved with the sport for a longtime to come.

The calendar for the 2019-2020 UIAA Ice Climbing World Tour – partnered by Outdoor Research – can be found here.