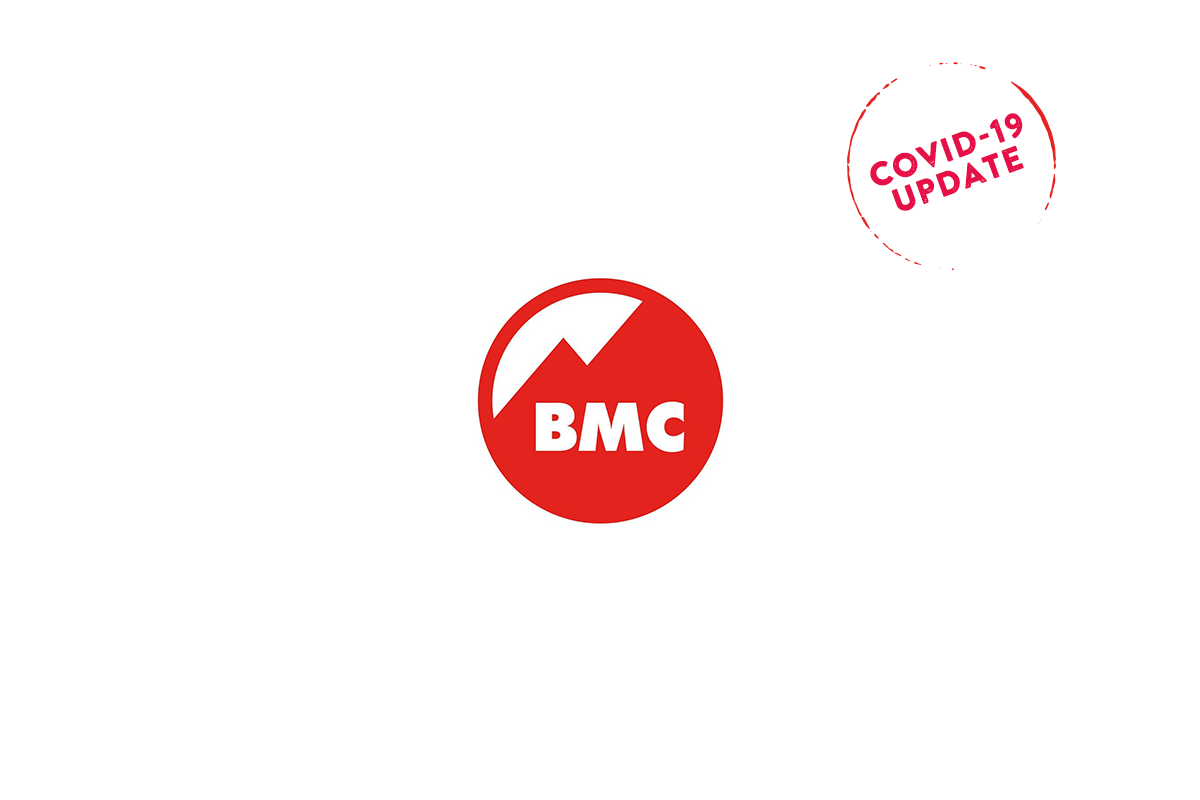 Covid and the outdoors: BMC guidance

On 18 May, UIAA full member, the British Mountaineering Council (BMC) published the following guidance regarding Covid-19 and the outdoors.

There’s been a lot of speculation lately about how the virus is transmitted, especially when it comes to the outdoors. Sarah Stirling talks to Professor Ian Hall of Nottingham University to find out all the answers: Is 2m far enough? Is it a good idea to wear a buff in the outdoors? How long does the disease survive on wooden and metal stiles or a rock?

Can you tell us briefly what COVID19 is?

COVID19 is the disease caused by infection from a Coronavirus called SARS-CoV2. The family of Coronaviruses include other viruses, for example a group of viruses causing the common cold and also the virus which caused SARS (Severe Acute Respiratory Syndrome) in the 2003 outbreak. So Coronaviruses can cause anything from a mild illness to a severe viral pneumonia.

Why is self-isolation and social distancing important even if you don’t have symptoms?

People are infectious for a few days before they develop symptoms, and some people do not develop any symptoms at all, so they are infectious without realising it. While most people develop mild symptoms of COVID19, which resolve over a few days, some people develop a much more severe form of the disease, which may result in hospitalisation, a need for intensive care or even death.

Who is most at risk from developing the more severe forms of COVID19?

The risk of dying from COVID19 if you are under 50 is very low. Even so, there have been cases where fit young individuals have died from the disease. The risk is much higher if you are over 70 and have pre-existing health conditions such as cardiovascular disease, diabetes, chronic lung diseases, and obesity. Males seem to be at increased risk of requiring intensive care support than females. Some ethnic minority groups in the UK also seem to be at increased risk.

Are there effective treatments for severe COVID19? Will a vaccine change everything?

At present, evidence for treatments other than supportive care in hospital is very limited. A lot of drugs are currently being evaluated in clinical trials, some of which may prove to be useful. An effective vaccine would be very helpful, but it is unfortunately quite difficult to make good vaccines against this group of viruses.

What is the ‘R number’ everyone talks about?

Transmission in the outdoors: how far apart should we be from other walkers? Is 2m far enough?

The virus is mainly passed on through droplets when we breathe out, cough or sneeze. The vast majority of these droplets will not travel more than 2m when the air is still. Sneezing probably produces the greatest spread of droplets. The risk of transmission is much lower in well-ventilated spaces, so being outdoors is much less risky than being indoors.

Does the virus hang about in the air after walkers have passed by?

The droplets which carry the virus settle quite rapidly in still air, so being 2m behind other walkers is likely to be adequate.

What effect does the wind have on transmission?

The amount of air in which the droplets are dispersed is likely to be greater in windy conditions. There is no definite evidence I am aware of, but I would predict that the risk of passing on the virus is probably less overall in windy conditions. although the virus may travel further than 2m in a downwind direction.

Is there more danger from fast-moving runners than from walkers – all that heavy breathing and sweat flying off is a bit off putting!

There are two different issues here. The first is the slipstream effect: some modelling data has suggested that immediately behind a fast-moving runner or cyclist, droplets may be dispersed over a greater distance. It is also true that heavy breathing might produce more droplets than normal breathing. So keeping slightly larger distances between runners and cyclists is sensible. How much distance is guesswork, but from some modelling I have seen I think 4m would be enough.

Is it a good idea to wear a buff or a scarf in the outdoors, and what protection levels do these offer compared to a specialised mask?

Obviously, if you have symptoms suggestive of COVID19 you shouldn’t be out, but wearing an ordinary mask, buff or scarf will help prevent the spread of droplets to others if you are infected and don’t know it. It is important that both the mouth and nose are covered for this to be effective. Many countries have advised doing this to reduce transmission. However, these measures aren’t very effective at preventing you from breathing in the virus if you are exposed. Health care workers at risk of higher levels of exposure have more specialised masks, which are designed to protect the wearer from inhaling virus particles.

In what outdoor scenarios do you advise people to wear masks, buffs or scarves?

Using a mask or scarf could be of value in places where maintaining social distancing is more difficult: public transport being the obvious example. From an outdoor perspective, I suspect that it wouldn’t make that much difference except on very busy, narrow paths where social distancing is difficult.Whereas many masks are designed to be single-use, scarfs and buffs can be washed and used again: putting clothing through a hot wash will effectively destroy the virus.

How long does the disease survive for on the various surfaces one would meet outdoors, wooden and metal stiles, rock, a scarf?

There have been a few studies looking at the survival of the virus on outdoor surfaces. The difficulty is that one can detect virus RNA (the genetic material the virus contains) even when the virus is non-viable. It is probable that the virus will survive longer in in the shade or in damp conditions than it will in bright sunlight on a dry surface. However, the amount of remaining viable virus at any time will depend largely on the amount deposited in the first place.

How important is hand hygiene in an outdoor scenario?

The risk of transmission is markedly reduced if you wash hands or use hand sanitisers so, whether climbing a route that others have recently climbed, using climbing gear that others have handled or touching a gate or stile, it is very sensible to avoid touching your face or eating food until your hands have been cleaned.

How true is it that strong sunlight kills the virus? Is this due to UV or vitamin D?

The virus survives for shorter periods of time outside the body in strong sunlight, partly due to exposure to UV. There is some evidence that Vitamin D can be of benefit to our immune systems, but I don’t know of any direct evidence that treating COVID19 patients with vitamin D is of any benefit.

READ: Do you need to change the way that you walk and climb with Covid-19?

Thoughts on the safety of climbing and scrambling at this time?

My understanding is that mountain rescue teams are currently operating a very limited service, partly because of limits on the help they are able to safely offer while protecting their members on a call out. It is also clearly very difficult for a mountain rescue team to operate effectively while observing social distancing. So if we go out walking, climbing or scrambling we should make sure we stay well within our capabilities, avoid taking any unnecessary risks, and work on the basis that mountain rescue help is highly unlikely to be available if we get into any difficulties.

What should we bear in mind when travelling to go walking or climbing?

I think the biggest challenge is in determining what it is reasonable to do on any given day given the situation is changing rapidly. Some local communities are likely to be very anxious about visitors. We all have a social responsibility to be very aware of the impact our activities may have on local communities, and getting this balance right is difficult. I think risk of transmitting this virus through walking or climbing activities is very low but if the outdoor community alienate people in the national parks and other places we value so highly there may be longterm detrimental repercussions.

And also thoughts on the new freedom to travel to exercise, and freedom to exercise for any length of time – is it too early in your opinion? Or do the mental health benefits outweigh the risk?

Freedom to travel longer distances could increase the number of social interactions we have, for example by stopping at petrol stations or shops. On the other hand the mental health benefits are likely to be significant, and eventually local communities are going to need visitors to generate income from tourism. Looking across Europe most countries are relaxing lockdown arrangements, indeed in some countries relaxation is greater than in the UK; for example mountain huts have re-opened in Switzerland and may do so in other countries in the Alps shortly. So I think the correct thing to do is to move cautiously to increase the freedom to get outdoors.

Is there anything else we should consider as we begin to get back outdoors?

We all have to accept that if the number of new cases starts to climb again we may have to reverse some of these freedoms. It is still really important that anyone with symptoms suggestive of COVID19 should self isolate, and that their household members should also self isolate in line with NHS guidance. It is also likely that contact tracing and testing will be ramped up rapidly to try and prevent new cases. The situation will probably change at different speeds in different parts of the country, which could require variable approaches on a regional basis: this is of course already the case in the devolved nations.

Professor Ian Hall is a chest physician based in the University of Nottingham School of Medicine.  Ian has been an enthusiastic climber and hill walker for over 40 years, and recently offered to assist the BMC with their response to the COVID19 outbreak.