The project has two main goals:

To achieve this the project includes: 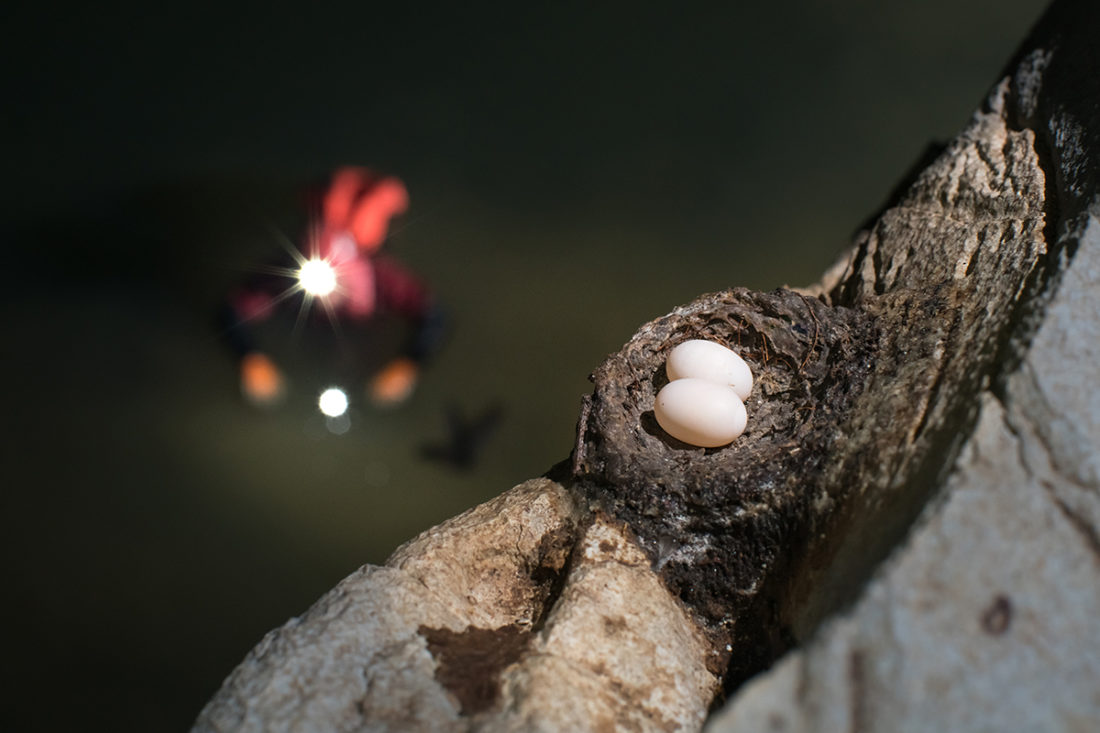 Our project aims at protecting and creating a sustainable development of the exceptional treasures of the Mount Saint Paul karst mountain. The protection of this area is officially ensured, since it was made National Park in 1971 (Puerto Princesa Underground River National Park) and recognised as world heritage site by UNESCO in 1999. It has also been officially selected as one of the New7wonders of Nature in 2012. In reality, however, protection is mainly concentrated along the coastline and in the immediate surroundings of the main cave entrance (outflow). And also visits are almost exclusively carried out on the first 500 meters of cave river.

The cave is open to public since 1986, and attracts over 300,000 visitors every year. Cave visits occur in small boats, and does not require any installation into the cave, which has thus remained in a pristine state. Despite the fact it is massively visited, and widely renown, little is known from a scientific point of view. Also the area, rich in a wide variety of geomorphological and natural sites, is still underexploited, and no real protection measures are undertaken outside of the cave, and in the catchment area of the underground river.

Our project aims at increasing our knowledge on the cave system and the bio- and geodiversity of the entire karst area, transferring this knowledge to local people, and thus raising awareness on the importance of protecting, and thus promoting a sustainable development. We intend to explore – and understand – the mountain not only from its outside, across the few mountain trails, but also underground, exploring caves and shafts. Exploration and research will be carried out with local people, enabling to raise awareness on the tremendous treasure they have on their mountains and under their feet. These advancements of understanding of this karst mountain will then be transferred to local people at different levels (managers, stakeholders, tourists, local inhabitants). We have the goal of defining new touristic targets, not only the cave, but also forest and mountain trails, beautiful landscapes and sites of geomorphological interest, smaller and easier caves, and places with great biological diversity. These would allow to enlarge the tourist offer in the Park area, and will create new job opportunities. BENEFITS FOR AND COLLABORATION WITH LOCAL COMMUNITIES

The wonders of the PPUR National Park are the property mankind, and as such are designated as UNESCO World Heritage site, but of course these treasures can provide advantages mainly to the local communities living around the Park area. Since its development as a tourist cave, the local villages of Sabang and Cabayugan already greatly adapted to this new style of life, with the creation of a lot of new job opportunities, and a variety of new ways of making a living. Nevertheless, the benefits of this conversion due to the tourist attraction are still underexploited. Local communities still do not fully comprehend that the cave in itself is not only a source of direct income, but able to attract a large amount of tourists that might be invited to stay for longer periods. And local communities would largely benefit from tourist packages able to keep visitors in the Park area for more than the 1-2 days they spend here today. To enlarge the tourist offer there is an urgent need to create new visiting opportunities, and the area of the Park offers plenty of viable solutions. Many places worth visiting are still hidden in the tropical rainforest, and are often underestimated by local people who do not understand their tourist potential. Our project aims at finding these hidden places, studying and documenting them, and raising awareness of their potential tourist interest. These “treasure” hunts for stimulating and awesome places will be carried out with local guides, and indigenous people will be taught to appreciate the wonderful places they live close to since they were children.

Also cave and environmental guides will be trained, so they will be able to transmit their knowledge to the visitors, and to the local communities. Caves, and the karst areas in which they are hosted, are areas of great scientific interest, and their biodiversity and geodiversity is worth knowing and transmitting to local people and tourists. 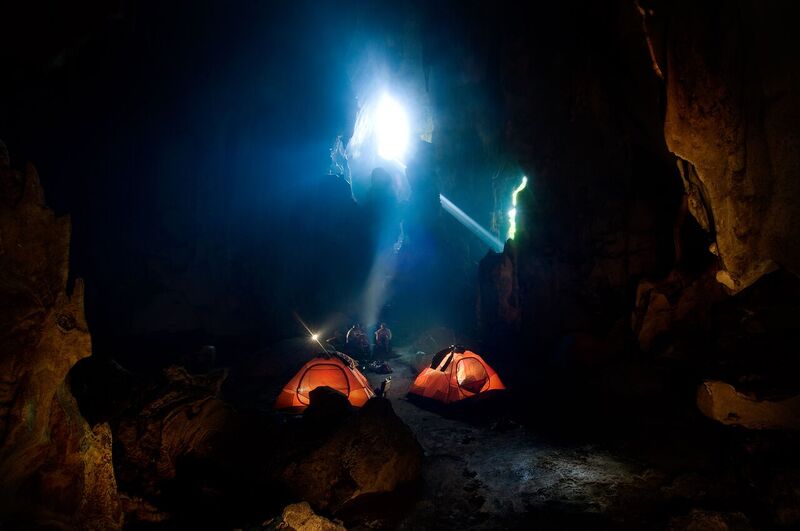 BEYOND BUSINESS AS USUAL

The PPUR National Park is strictly related to one of the most spectacular underground rivers in the world. Despite its popularity, the cave in itself has been poorly studied, and every exploration along its underground passages has delivered exceptional discoveries, with new fossil animals, extremely delicate and rare speleothems, huge cave rooms and kilometers of new passages. Also the exploration of this mountain environment outside of the cave is extremely challenging, and who knows what might still lie hidden in its thick rainforest.

Albeit being a Park, and thus protected by laws, the environment of the Park is still endangered by illegal activities and pollution. Karst areas are known to be incredible vulnerable to pollution, and some actions should be undertaken to prevent this paradise to be endangered by increasing agricultural activities and human occupation. It has to be reminded that the cave, and its famous underground river, are not limited to the underground parts, but find their origin in the upstream wetlands and catchment areas. Public awareness on environmental problems is rather well developed, but often restricted to the tourist areas. This project aims at raising awareness at all levels on the need to protect the environment as a whole: the cave, the mountain and its catchment areas. These objectives can be most easily achieved by a sustainable development of satellite tourist activities in areas around the Park, so that local people are made responsible for the attractivity of their visited sites. The realisation by local people that only a pristine natural park area is able to attract and host visitors over longer time periods is the key of promoting a sustainable development. The project therefore includes several training opportunities for local stakeholders, guides, and the population, through courses, conferences, and other communication methods. PPUR is an amazing cave, and tourists, already today, will bring back home their tales on visiting this extraordinary cave system, and its marvellous surroundings. PPUR is not a nromal cave: visits are done in a motorless boat, with only a headlight for the cave guide and helmets without light for the visitors. No infrastructure whatsoever is built inside the cave, which is percepted as a pristine underground environment. This cave already demonstrates that tourism is not always an impacting activity, but can also be extremely nature-friendly. Tourist have to be aware that visiting extremely fragile karst mountains can be done in a soft manner, and there is a strong need of teaching visitors how nature can be enjoyed without causing a long-lasting impact.

Our project aims at training cave guides and natural park rangers to show tourists how a natural and pristine area can be enjoyed in a respecting and admiring manner. And this project will try and convey this way of enjoying nature to other fragile sites in the Park, both underground and at the surface, implementing principles of carrying capacity, resilience and sustainable management procedures.