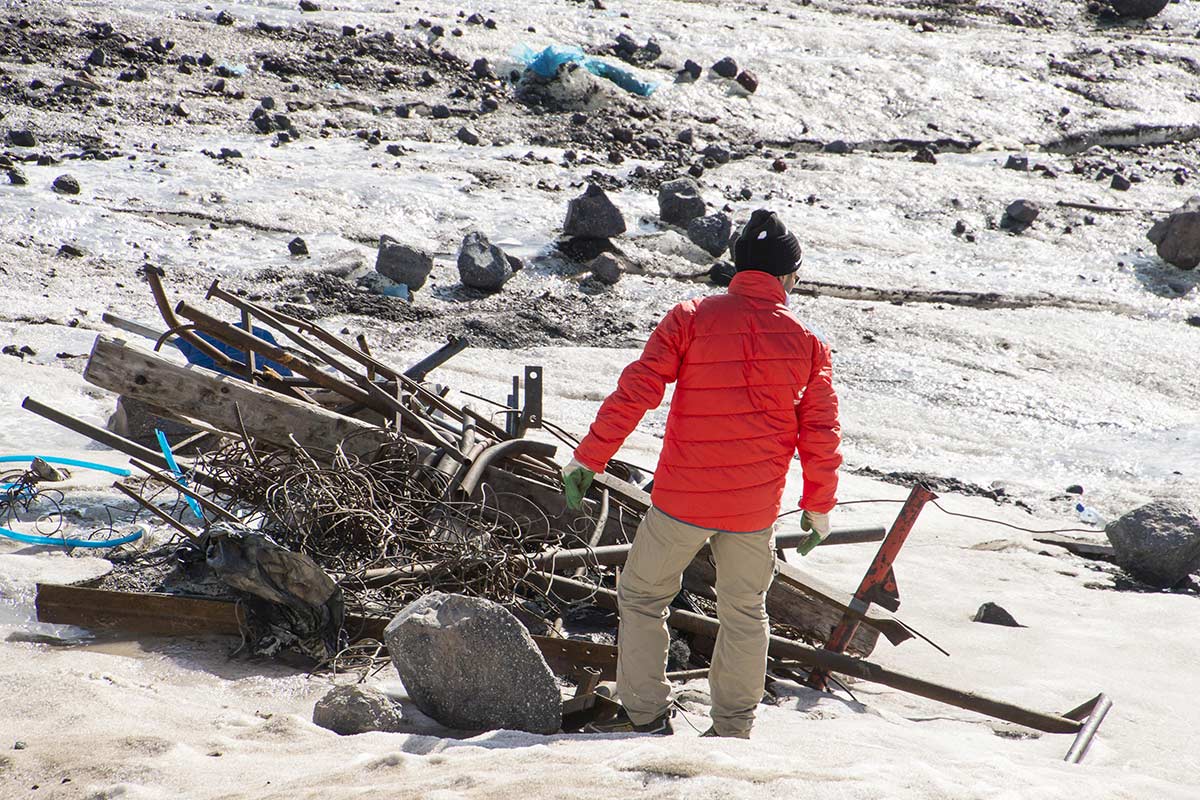 Plastic is the most common type of waste encountered at altitude, finds global survey on litter on the world’s mountains, released on World Environment Day (tomorrow, Saturday 5 June)

Hard and soft plastics are the most common types of waste encountered at altitude by mountaineers, the first survey of its kind has found — with two thirds of mountaineers spotting litter most or every time they set foot on a mountain.

While much attention in recent years has gone to the impact of waste – including plastic waste – in the world’s oceans, pollution in mountain regions has rarely made the headlines.

A new global survey, led by Björn Alfthan and Laurent Fouinat from GRID-Arendal, sought the voices of mountain guides, mountaineers and other mountain enthusiasts to shed light on the extent and nature of waste pollution in the mountains. Among others, the survey explores the types, location and quantity of waste in the mountains, including related trends, as perceived by the respondents. The UIAA was a keen contributor to the survey.

Based on 1,750 responses from the mountaineering community across 74 countries, the survey reveals that waste is a pervasive issue affecting mountain regions across all continents.

Nearly half of the respondents reported observing enough waste during their visits to fill the top pocket of a rucksack (about 10 litres) while some people (5%) observed enough waste to fill several rucksacks of 60 litres. The majority of respondents (60%) observed an increase in waste over the past five years, while over 75% observed recently deposited COVID-related litter, such as masks or hand sanitizer bottles. Only 14% observed a decrease in the amounts of waste, while 23% thought the level of waste was stable. According to the respondents, all types of waste can be found in the mountains. However, plastic wastes are most frequently observed, followed by paper and cardboard, organic waste, human waste and glass. Almost two-thirds of people surveyed see waste every time or most of the time they visit the mountains. While waste is most commonly seen in carparks, trailheads, and on or beside the trails, it is also seen in smaller proportions in crevasses, lakes and mountain forests.

The large majority (80%) were in strong agreement that negligence by individuals visiting the mountains was an important source of waste. 50% of the respondents also strongly felt that poor waste management practices in resting areas were to blame.

Turning towards potential solutions, the overwhelming majority (90%) believed the “take in, take out” principle should be used. A large majority (80%) thought that more education was needed on the impacts of waste and litter. Two-thirds (65%) also replied that more sustainable, long-lasting and reusable alternatives should be made available. Messages from the partner organisations:

“The results once again highlight the extent of the global plastic waste crisis, which leaves no region untouched, not even the remotest mountains and highest peaks”, noted Rolph Payet, Executive Secretary of the BRS Secretariat. He added that “an important step towards increased capacity for the environmentally sound management of plastic waste has been made with the landmark Plastic Waste Amendments, adopted by the Conference of the Parties to the Basel Convention in 2019”.

“The results really underscore the need to continue working on education and nurturing individual responsibilities. We´re looking forward to integrating these results into our Respect the Mountains Campaign and other on-going work at the UIAA, as well as to encourage the mountain research community to engage with and support this work with actionable knowledge on solutions,” notes Carolina Adler, President of the UIAA Mountain Protection Commission and Director at the MRI.

Leif Inge Magnussen, President of the IFMGA Environmental and Access Commission, adds: “The survey includes 360 responses from IFMGA-certified guides, and with this information we have now a great insight into the issues and solutions proposed by the professional guiding community”.

Kilian Jornet, the world-famous mountain athlete who helped promote the survey through his foundation, had the following words to say about the survey: “The results reinforce the need to work on mountain preservation. It is our goal through the Foundation and our community to make this happen!”. Voices from the mountaineering community who participated in the survey:

“I live in Ladakh, the northernmost part of India tucked between the Greater Himalayas and the Karakorams ranges where mountains play an important part in the lives of the people living out here in this cold desert. We are totally dependent on the glaciers, which are the main source of water, some are really getting polluted by the increasing number of people visiting there for climbing a mountain. And not only the glaciers, but the surrounding areas are getting impacted with a lot of trash and human wastes. It really is a matter of concern which needs immediate attention” – respondent from India.

“I deal with recyclable materials on the territory of almost the entire region. I constantly travel to mountainous areas and see how many useful resources people simply throw into the rivers. Irreparable damage to the ecosystem will be inflicted, rivers become polluted, garbage floats down the rivers to Hungary. I think this is a huge problem.” – respondent from Ukraine.

“With the increase in access to the outdoors and the growing popularity of adventure sports there is a disconnect between this growth rate and the provision of education, facilities and legislation to protect habitats against this exponential growth in human presence in the hills and mountain areas,” – respondent from the UK.

“We need to follow one of the most important rules of alpinism “Leave no trace behind”. – respondent from Argentina.

The survey was open between the end of March and beginning of May 2021 and made available in five languages (English, French, German, Spanish and Russian). The survey also included the opportunity to provide anonymous comments.

The partners would like to thank the International Centre for Integrated Mountain Development (ICIMOD), the Consortium for Sustainable Development of the Andean Ecorregion (CONDESAN), the Permanent Secretariat of the Alpine Convention (PSAC), the EU Strategy for the Alpine Region (EUSALP), and the Carpathian Convention for their additional support in disseminating the survey.

The full survey results and analysis will be made available later in the year. For further information and press contacts for each of the participating organisations, please contact:

A full media package of assets – including more graphs – can be viewed here.