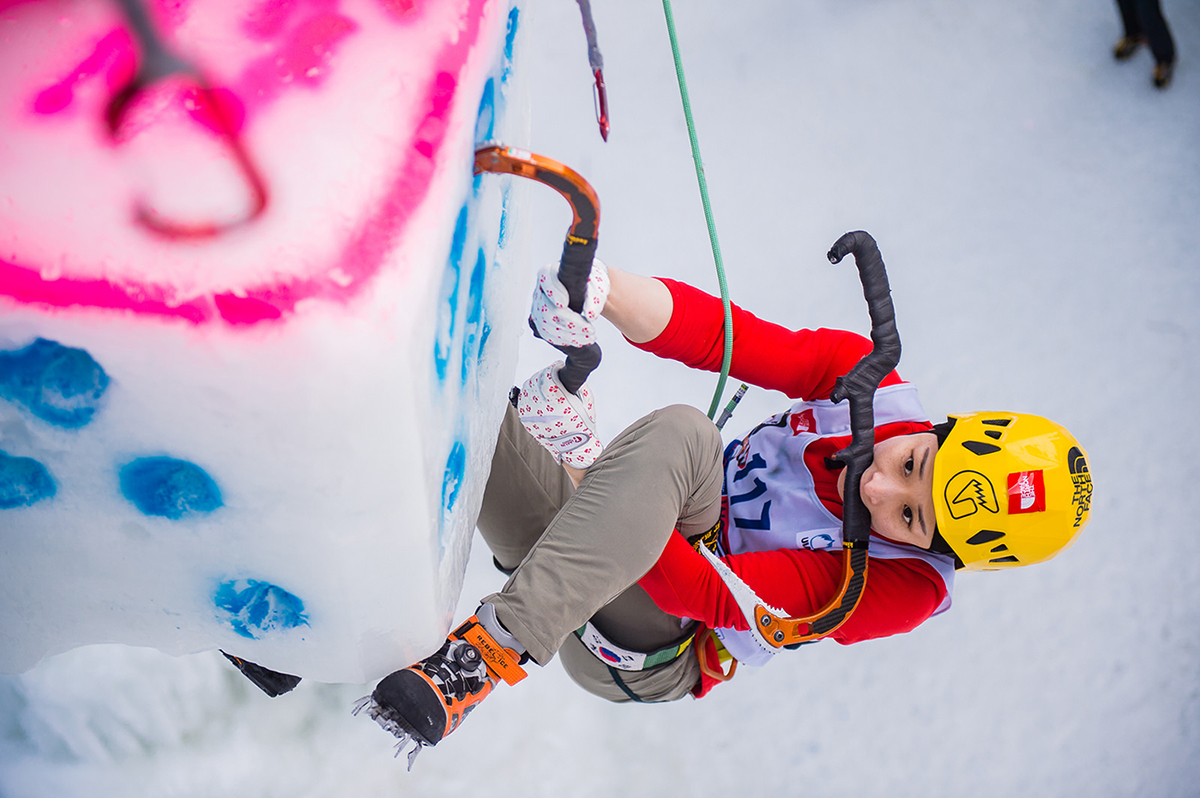 The UIAA has put in place the provisional calendar for the 2018 UIAA Ice Climbing season.

A diverse and spectacular season lies ahead. The 2018 World Tour, partnered by The North Face Korea, will comprise five World Cup events in as many countries on two different continents. The World Tour season opens in the magnificent and unique ice climbing dome of Saas Fee, Switzerland and closes in the ice climbing paradise that is Kirov, Russia. Three Continental Championships are also planned. The Asian and European Championships will feature as part of the Cheongsong and Kirov legs of the World Tour respectively, while the North American Championships will be a standalone event.

In its constant quest to evolve the sport, the UIAA Ice Climbing Commission is also proposing an innovative new competition format – the Combined World Championships.  This new format will be limited to three female and three male athletes from each nation. This exciting challenge will provide a glance at the future of UIAA ice climbing competitions, rewarding athletes versatile in both lead and speed. Further details on this format as well as the hosting venue for this event will be communicated in early September. The 2018 season also comprises ice climbing’s presence as a showcase sport at the Olympic Winter Games in PyeongChang as well as the annual World Youth Championships. This year, a first edition of the European Tour will be launched and currently comprises four European Cups, commencing in Domžale, Slovenia and closing in Oulu, Finland shortly before the World Cup Finals and European Championships in Kirov, Russia. The smaller scale events provide athletes with the opportunity to train and compete prior to UIAA Ice Climbing World Cup events. Another exciting new development will be the awarding of a UIAA Ice Climbing World Tour trophy, presented to the highest ranking male and female athletes at the close of the season. For the first time, the UIAA will publish a dedicated Athlete’s Guide to the 2018 UIAA Ice Climbing season in early September. The 2018 Rules and Regulations will be available at the same time.

The UIAA alerts athletes to the following articles and information:

To watch the best video highlights from the 2017 season please visit our YouTube channel.
Photos can be viewed and downloaded directly from our Flickr Channel.
For the latest news visit our website and Facebook page.