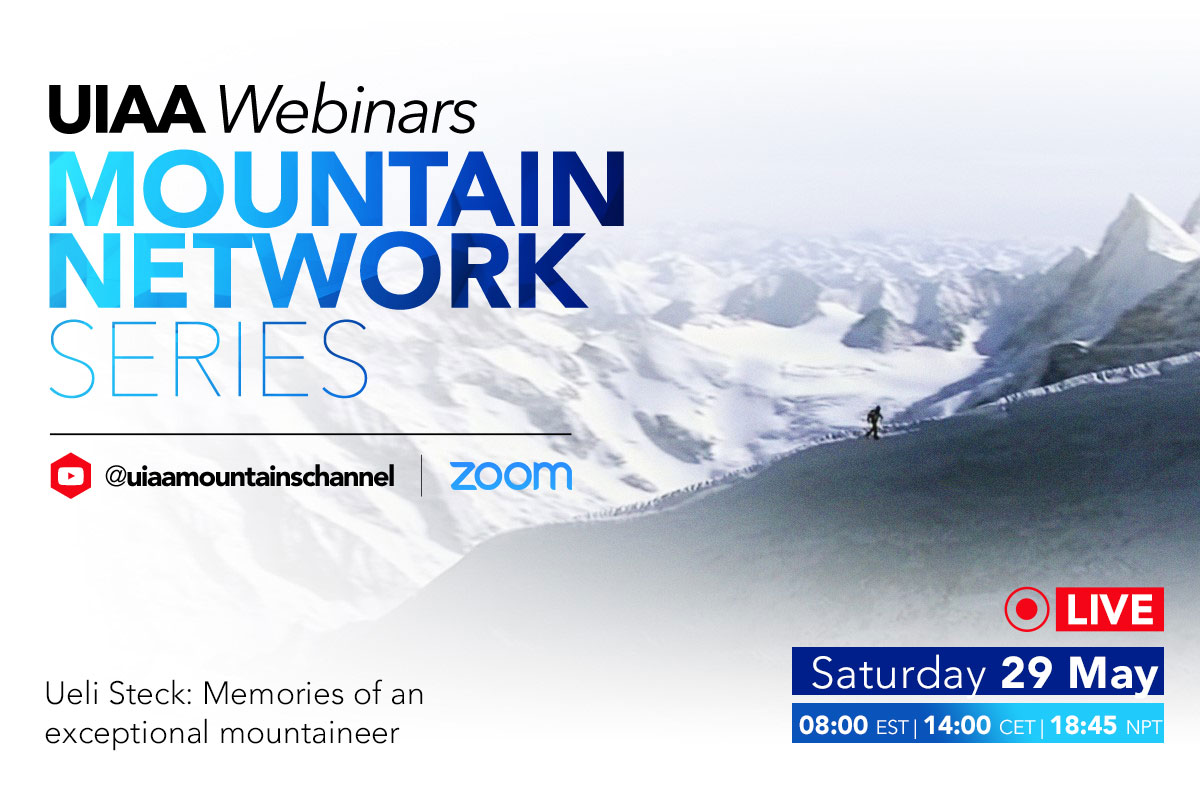 SAVE THE DATE: UELI STECK FILM SUBJECT OF NEXT UIAA WEBINAR

Following the success of the UIAA’s first Mountain Network Series (MNS) webinar in March, details of the second event are now available.

The webinar will centre around a documentary on the late Ueli Steck. The ‘Swiss Machine’ was one of the climbing world’s most emblematic figures. A two-time Piolet d’Or winner, Steck was revered for his speed records.

On 30 April 2017, Steck, 40, died after falling during a solo climb on Nuptse (Khumbu, Nepal). Extracts from the film Memories of an Exceptional Mountaineer (in German with English subtitles), which charts the impact of Steck’s death on his family, debates the inherent rinks climbers take as well as first-hand testimonials from those who accompanied Steck on his climb, will be shown during the webinar. There will also be a Q&A panel discussion featuring friends, climbers, filmmakers and delegates from UIAA Commissions.

The film is written by Jacqueline Schwerzmann who accompanied Ueli Steck throughout his career and in this biographical film she puts the person behind the well-known mountain climber in the foreground.

The event will also be livestreamed and available as a replay on YouTube.