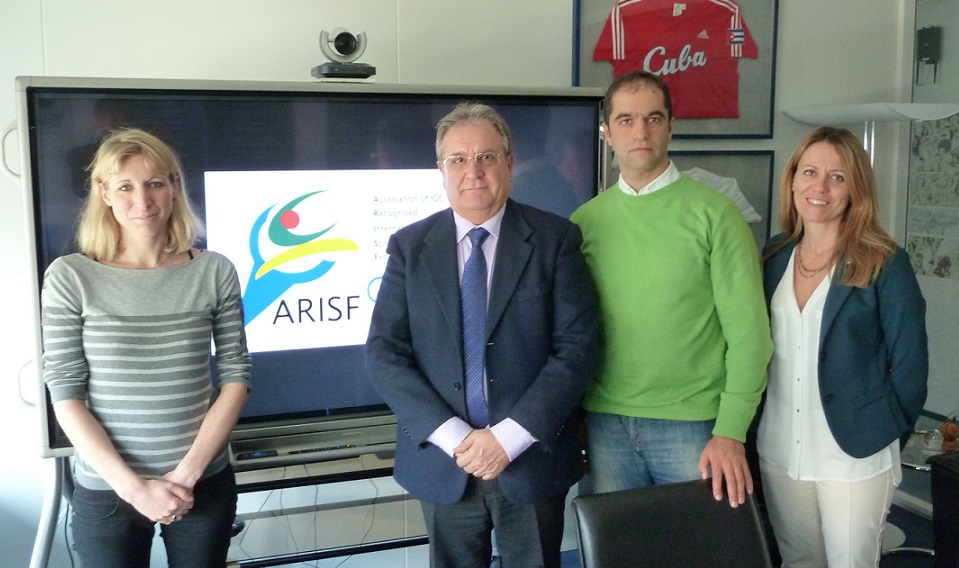 The renewal of a longstanding relationship between the Association of IOC Recognised International Sports Federations (ARISF) and the UIAA was at the centre of a meeting between ARISF General Secretary Riccardo Fraccari and Youth Commission president Israfil Ashurly.

Ashurly was accompanied to the meeting on 9 December 2013 at ARISF headquarters in Lausanne, Switzerland by UIAA Projects Manager Sophie Gerard.

At the meeting Fraccari reiterated the desire of ARISF, as it charts a new course under newly elected president Dr. Raffaele Chiulli, to continue support for UIAA activities such as the popular Global Youth Summit program.

The Global Youth Summit is a series of UIAA youth events where young mountaineers from around the world come together to climb, promote peace and cooperation between countries and work on the protection of the environment.

Among the other projects that ARIFS has expressed interest in is helping develop competition sport such as the UIAA Ice Climbing World Cup and the UIAA Youth World Championships where the next generation of young competitive ice climber are being groomed.

Two major projects recently funded in part by an ARISF grant include the 2013 Global Youth Summit expedition to Lenin Peak and the “Climbing Festival in Mongolia”.

The Association of Recognised IOC International Sports Federations (ARISF) is a non-governmental, non-profit, non-discriminatory organisation constituted through and recognised by the International Olympic Committee.