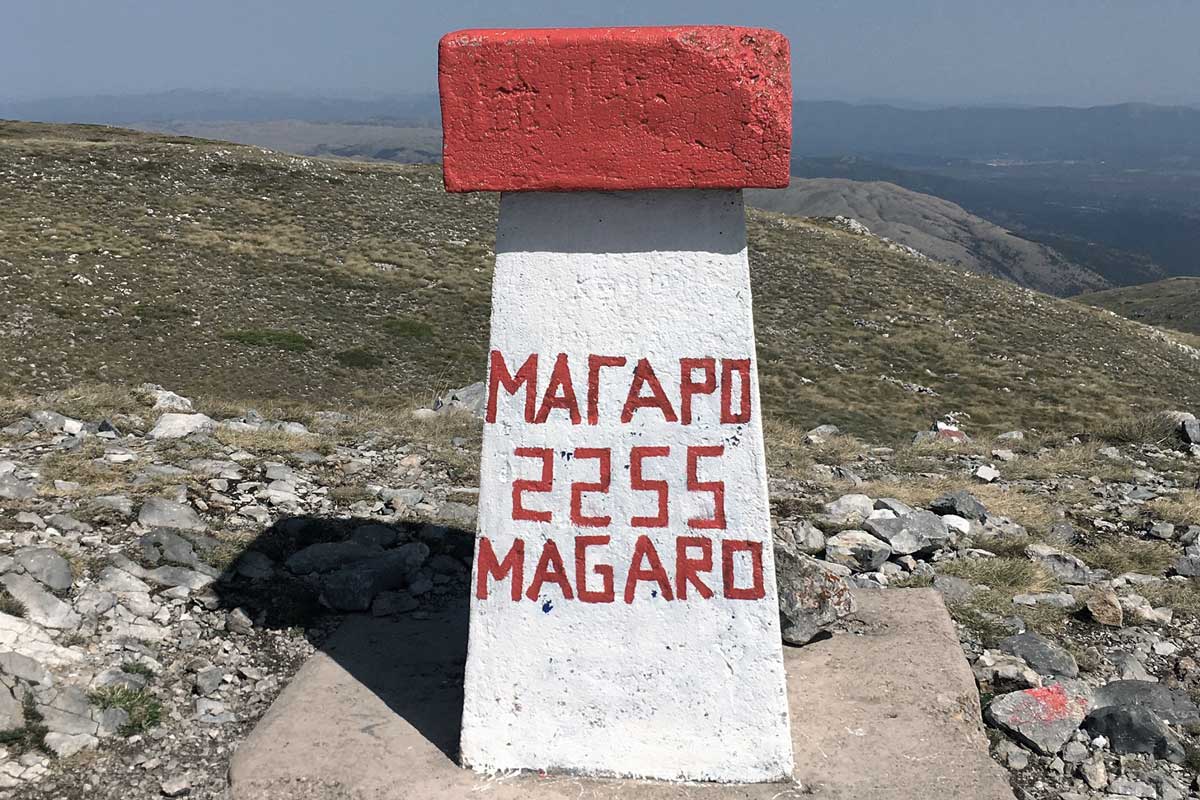 The Galičica National Park is situated in the Galicica range and forms part of the mountain range of Shara-Pind. Due to its natural beauty and rich flora and fauna, the Macedonian section of the mountain was declared a National Park in 1958. The Park covers an area of approximately 227km between lakes Ohrid and Prespa. The natural and cultural heritage of the Ohrid region in 1979 was inscribed on the UNESCO world heritage list.

The second-highest peak on mountain Galicica is Magaro (2,255m). The FPSM write that since 2014, the Galičica National Park has imposed a “peak fee” to anyone wishing to climb Magaro. As far as the FPSM is aware, it is the only fee of its kind imposed in Europe.

The fee (3.20 euros per person) is deemed by the FPSM to be a limitation of free access. Although the “peak fee” has been in place since 2014, according to the FPSM, there has been little or no evidence of investment in infrastructure. This despite the Galičica National Park authorities’ main criteria for introducing the “park fee” was to bolster “investments in infrastructure”. The FPSM lists a number of areas (as of January 2021) where investment is needed:

The Mountaineering Federation of North Macedonia (FPSM) has raised the issue to the Galičica National Park, on TV and social networks, and most recently, during a meeting with the Deputy Minister of Environment and Physical Planning, who has overall supervision of all three national parks (the other two national parks in North Macedonia only charge a fee for park entrance).

The FPSM hopes that the increased pressure and support from people and institutions from North Macedonia and the support of international bodies in condemning the limitations imposed on accessing the Magaro peak will help in leading to scrapping the fee and enabling responsible and free access to the peak (the latter being core values of the UIAA Access WG).

Anyone wishing to support the initiative, or requiring further information, is invited to contact the UIAA Access Working Group.