‘Wild Rodopi’ is a Bulgarian NGO established in 2012 with the aim of researching and conserving the wildlife and rural heritage of the Rodopi Mountains in the Balkan Peninsula. As well as an outstanding flora, comprising a unique mix of Central European, Boreal, Alpine and Mediterranean species, many of them regionally or nationally endemic, these mountains also boast one of the richest and most diverse faunas. WR believes that the ultimate long-term success of wildlife conservation in the Rodopi Mountains, involves undertaking combined ecological, ethnological, educational and eco-touristic projects which focus not only on species preservation, but also the preservation of the habitats.

The Rodopi Mountains are home to an important, stable population of bears, which live in close proximity with the local people. This coexistence is often seen as a source of conflict, but if managed sensitively we believe it has the potential to be a source of income, pride and prestige for the local communities, and play a role in the preservation of their rural heritage and way of life. The goal of this project is: To investigate the Traditional Ecological Knowledge (TEK) held by local people in the Rodopi Mountains about the brown bear, and to use this as the basis to develop an associated sustainable bear-focused eco-tourism product and market.

We believe that by using ethno-biological research it will be possible to gain important new insights into: 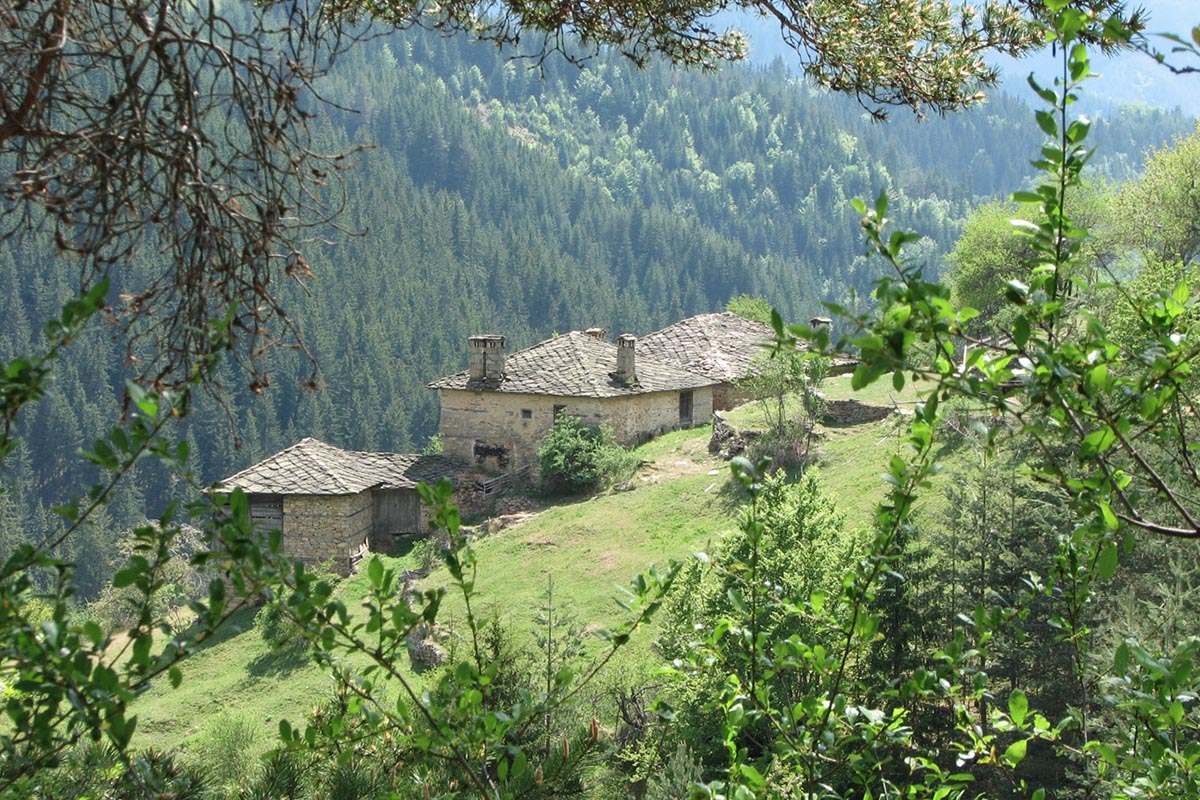 The conservation of bears has a key role to play in the preservation of the mountain environment as a whole. It is now widely acknowledged that large carnivores such as the brown bear fulfil an essential ecological role in terms of both the structure and function of a wide variety of ecosystems, promoting the regeneration of natural resources and the successful functioning of the trophic cycle.

Brown Bear as an Umbrella Species: by preserving the mosaic of habitats it requires, one also preserves the habitats of many other species, including natural ecosystems which are used by Man.

Brown Bear as an Indicator Species: presence or absence of large carnivores in an ecosystem can offer an important insight into the health of that ecosystem.

Brown Bear as a Flagship Species: Although large carnivores frequently come into conflict with the local people who live in mountain regions, certain species are seen as attractive, charismatic animals amongst the wider population, becoming symbols of national pride, and inspirational emblems of wild places and protected territories.

By putting ethno-ecology at the heart of the project NGO ‘Wild Rodopi’ actively strives to embrace local people and communities into its conservation efforts at different levels:

Economical: raise awareness about the economic value of coexisting with brown bears, and develop a means by which the local people can benefit financially from the bears that live around them. Most obviously this can be done through the development of bear-focused wildlife tours and activities (watching, tracking, camera trapping, and ecology courses).

Cultural: encourage a sense of fascination, wonder and awe in brown bears, so that local people can derive satisfaction and enjoyment from coexisting with them. Traditionally, brown bears have appeared as positive characters in local beliefs, tales and customs in the Rodopi Mountains.

Local communities are already involved and it is hoped that regional institutions will support this project. In the collection of data by locals are encouraged to set up and monitor a network of trail cameras in the region.

With the launch of the new brown bear conservation project the association attempts a multi-faceted approach that uses the framework of investigating the traditional ecological knowledge (TEK) about brown bears as a means of uniting wildlife research, cultural preservation, conservation education and eco-tourism, in order to conserve the bears themselves, the ecosystems in which they live, and rural heritage of the local communities with which they coexist.

Because NGO ‘Wild Rodopi’ works in close relationship with one of the leading Bulgarian ecotourism operators Balkan Trek (balkantrek.com), we are able to use this co-operation to promote our projects, collect additional data and further support local communities. During Balkan Trek’s walking and wildlife tours in the Rodopi Mountains, the guides not only educate clients about brown bear ecology and conservation, but also try to involve them in the work of the NGO ‘Wild Rodopi’, by encouraging them to record, map and photograph wildlife seen during the daily walks.

Through the activities of our NGO ‘Wild Rodopi’, we try very hard to engage and unite both the crucial support and traditional ecological knowledge of local people with the enthusiasm and dedication of school children, students and volunteers. In order to help raise awareness about the conservation and ecology of brown bears and the outstanding biodiversity of the Rodopi Mountains in general, to collect new data on the distribution and populations of rare plants and animals such as the brown bear, and to help us raise funds to further our research projects and goals of preserving the local habitats and traditional rural way of life in the region, we encourage paying volunteers or student groups to take part in a variety of study tours: wildrodopi.org/study-tours. One such study tour we have now developed in conjunction with the ecotourism operator Balkan Trek is a brown bear ecology and tracking tour, which we will be introducing onto the market in 2017, hopefully in partnership with a major international eco-tourism operator.

During the last two years, NGO ‘Wild Rodopi’ has established a successful partnership with the HAS University of Applied Science in the Netherlands, offering their students the chance to come to the Rodopi Mountains to undertake wildlife research under our guidance.

Read the complete description of the project.