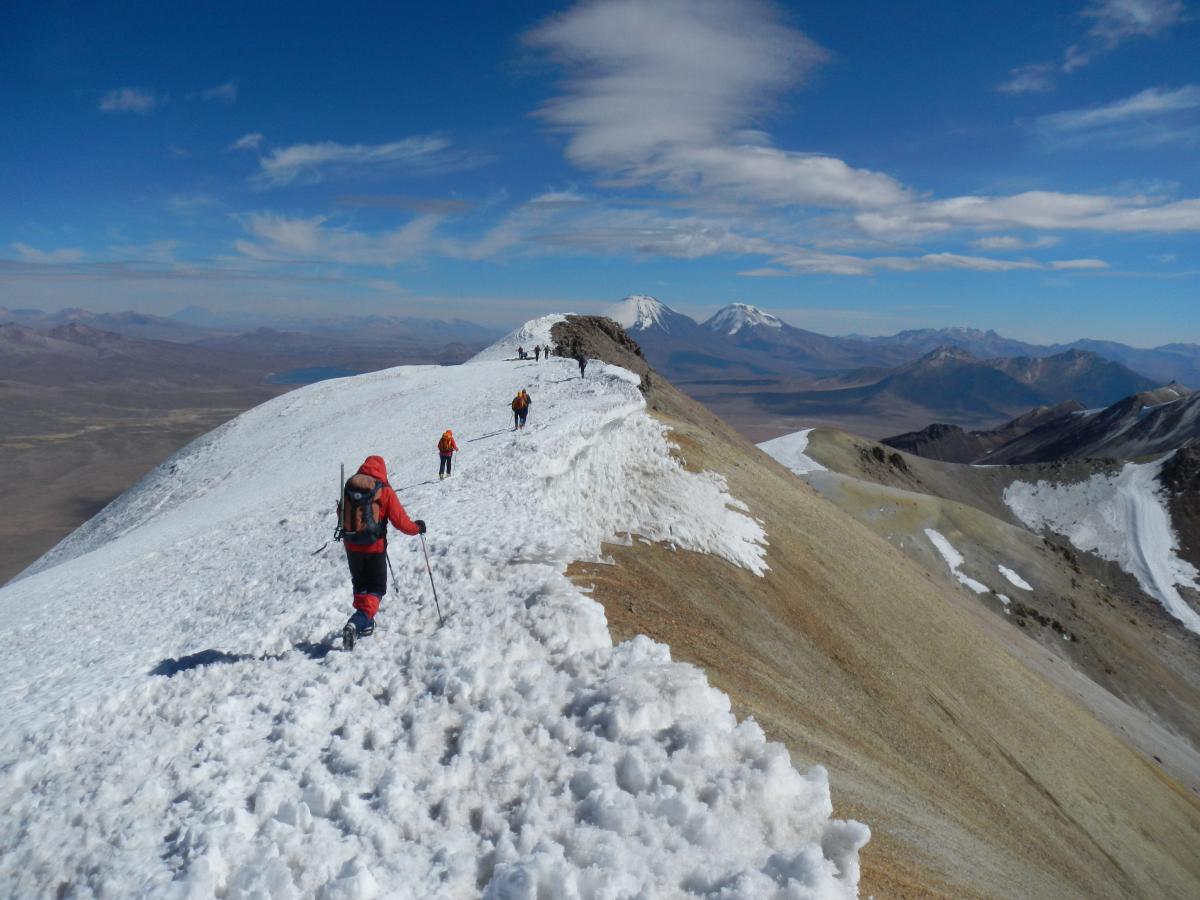 A message for International Mountain Day from Dr. Carolina Adler

Editor’s Note: Dr Carolina Adler is a Geographer at the Swiss Federal Institute of Technology, Zurich, and researching climate change adaptation in mountain regions. She is also a member of the UIAA’s Mountain Protection Commission and part of the committee assisting with the development of their flagship project, the UIAA Mountain Protection Award.

This article by Dr. Adler is an extended version of the one published online in OUTREACH magazine by the Stakeholder Forum, as part of their special edition on the COP20 negotiations in Lima, Peru.
Mountaineers, sustainable development and climate change: connecting the dots towards a common interest
By Dr. Carolina Adler
Representing organisations and associations with over 3 million people worldwide, the International Climbing and Mountaineering Federation (UIAA) plays an important role in supporting recreation and tourism in mountains. The UIAA also promotes responsible access to mountains, authenticity of mountain-adapted ways of life and culture, and advocates for environmental protection. In this context, today we have two good reasons to pause and reflect on how we may continue to work in support of our mountains.

The first reason has to do with the International Mountain Day, which is being celebrated today with the support of the United Nations. This year’s theme on Mountain Farming is a crucial reminder of this predominant and vital livelihood activity in mountains. Mountains support 720 million people of which the majority engages in farming activities . Mountain dwellers are also increasingly diversifying their incomes, for example through tourism . According to a report by the International Union for Conservation of Nature, increasing visitor numbers in protected areas such as mountains can be effective for both conservation and development . However, with tourism expected to grow by 3.3% annually through 2030 , with a large proportion of this growth expected in mountain regions, promoting visitations requires concerted efforts to uphold mountain agriculture and tourism in a sustainable manner in partnership with local communities.

The second reason has to do with climate change, given that it is the central topic being discussed at the Conference of Parties (COP20) taking place this month in Lima, Peru. From a distance, it can be difficult for us as ordinary people to relate with the negotiations taking place at COP20 that aim at a new international climate action agreement. However, there are key issues discussed at COP20 that have a significant bearing on our lives and on mountain regions, such as adapting to climate change.

For example, we already experience losses to extreme weather events such as droughts and floods, and as the Intergovernmental Panel on Climate Change (IPCC) confirms, these events have increased since the 1950s, with climate change worsening their severity and frequency. In mountain regions we observe with great concern the extent to which glaciers are melting , threatening human-environment systems with diminished water resources and natural hazards due to glacial lake outburst floods and landslides. Therefore, the next climate agreement should help build resilience to these impacts and support adaptation efforts.

Here is precisely where the role of communities, such as those that we at the UIAA represent, matter a great deal. The involvement of civil society in the preparation of climate agreements will largely determine the legitimacy and successful implementation of any action that is put on paper. “Voices for Climate” , a space at COP20 showcasing proposals and initiatives by communities on how they confront and address climate change, is one such activity that highlights mountains as a key focus. Like it, we want to see processes for genuine dialogue that integrate the knowledge from those at the frontline observing and living these impacts. At the UIAA we are not only committed to the public understanding of climate change , but also – as mountaineers – we seek to contribute with historical observations of how shrinking glaciers and snowfields are already affecting mountains and their people.

The UIAA supports and encourages initiatives that address both sustainable development and impacts of climate change in mountains, for example by recognising these initiatives via our UIAA Mountain Protection Award . However we also recognise that, on their own, there is no single organization, or stakeholder group, or government action that can protect mountains. For this, we need to connect these many dots. Impacts on mountains are increasing as visitation and use grow over time; all this exacerbated by climate change. Adapting and innovating with new approaches will be critical going forward, as is monitoring the effectiveness of these efforts. It is in this spirit that we therefore extend an invitation to all interested stakeholders to team up with the UIAA and its millions of associated mountaineers to appraise progress and secure a sustainable future.

The original version of this article with footnotes can be found in English here, and in Spanish here.
Share: