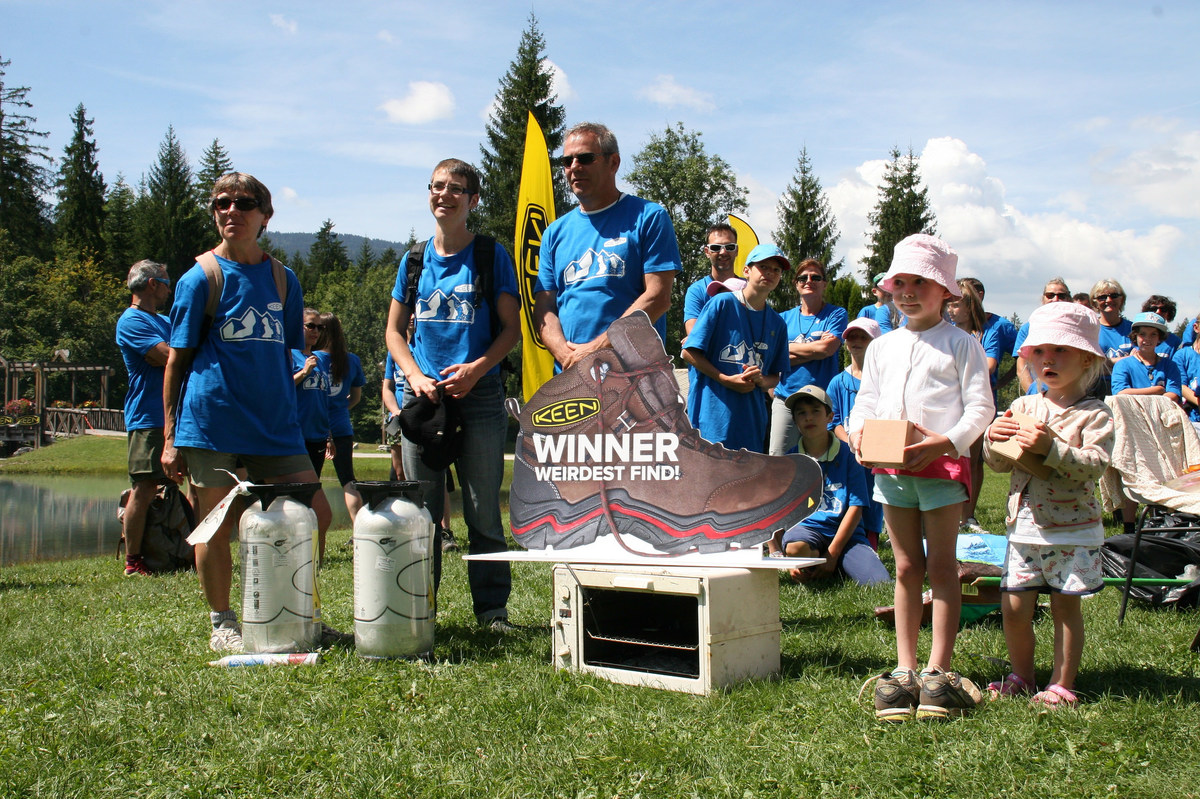 A Microwave on a Mountain

Samoëns is a popular resort during both the summer and winter months – skiing, hiking, mountain biking and paragliding are among its most popular activities.

83 volunteers took part in the event, hosted under a beating Alpine sun. The clean-up activity lasted from 10:30 until 12:30 in different zones near the village. Of the five groups, two cleaned the area on the top of the gondola station Grand Massif Express. Most of the volunteers were tourists from France and with this being the school holidays, many families participated in this event. The paths, covering up to 6km, were easily accessible also for children. Around 60 bags were collected for a total of 530 kg. During the Series, over three and a half tonnes of rubbish have now been collected.

As is tradition at the UIAA Respect the Mountains events, project partner KEEN provided a prize for the ‘weirdest find’. The winner was for the volunteer who discovered a discarded microwave. Following the morning clean-up operation and after a well-deserved lunch, volunteers took part in a series of afternoon activities including rafting and via ferrata. The next UIAA Respect the Mountains event will be held from Friday 19-Saturday 20 August on Mount Kazbek, Russia. The Rhône-Alpes will host the penultimate gathering of the Series, with Tignes playing host on Friday 26 August. To volunteer at this event please click here.