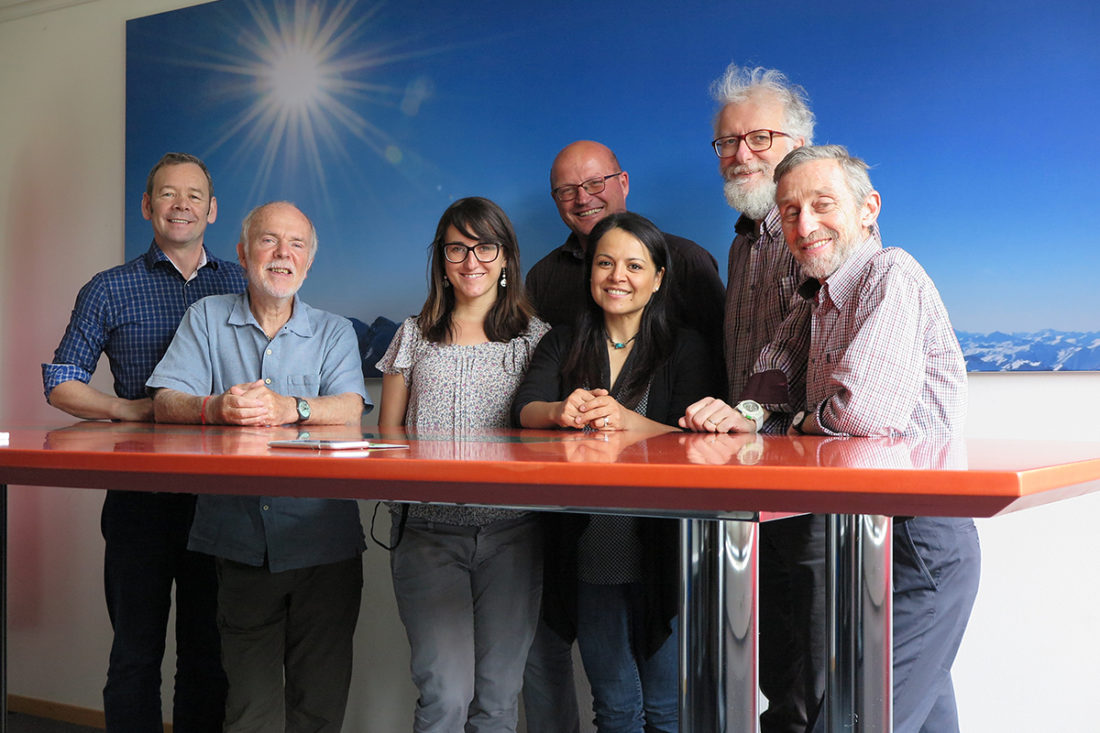 A busy period of UIAA Commission meetings continued on Saturday 20 May with the UIAA Mountain Protection Commission reconvening at the UIAA headquarters in Bern, Switzerland. The Commission discussed a number of key topics, notably the progress of two of the UIAA’s core projects in the field of mountain protection – the Respect the Mountains (RTM) Series (click here for details about the 2017 Series) and the UIAA Mountain Protection Award (details on the 2017 application phase here). After the success of the 2016 RTM Series, the Commission debated the direction of the project in the coming years, proposing an increased focus on education and expansion of the Series beyond Europe.

The current Commission membership guidelines, the UIAA and MP strategic communication plans and collaboration with other UIAA commissions, external partnerships and organisations also formed part of the agenda.  This is particularly relevant in the context of many key milestones taking place in 2017 at  international level that are relevant for mountaineering and mountain protection, such as initiatives to mark 2017 as the UN declared International Year of Sustainable Tourism for Development and events in the lead up to the International Mountain Day, celebrated each year on 11 December. The Commission discussed ideas to make sure that mountain protection, mountain communities and our sport of mountaineering are considered and addressed in these initiatives.

This is also an open call to all out member federations to contact the MP Commission with ideas, proposals or agenda items that they would like the Commission to consider for the coming year. The Commission welcomes information regarding events being planned to mark International Mountains Day on the 11 December 2017. Please contact: mountainprotection@theuiaa.org

On behalf of the EB, Pier Giorgio Oliveti presented the latest developments within the UIAA. Minutes will be circulated to Commission members unable to attend the meeting in due course. The Commission will meet again in May, 2018 (date and location to be confirmed).