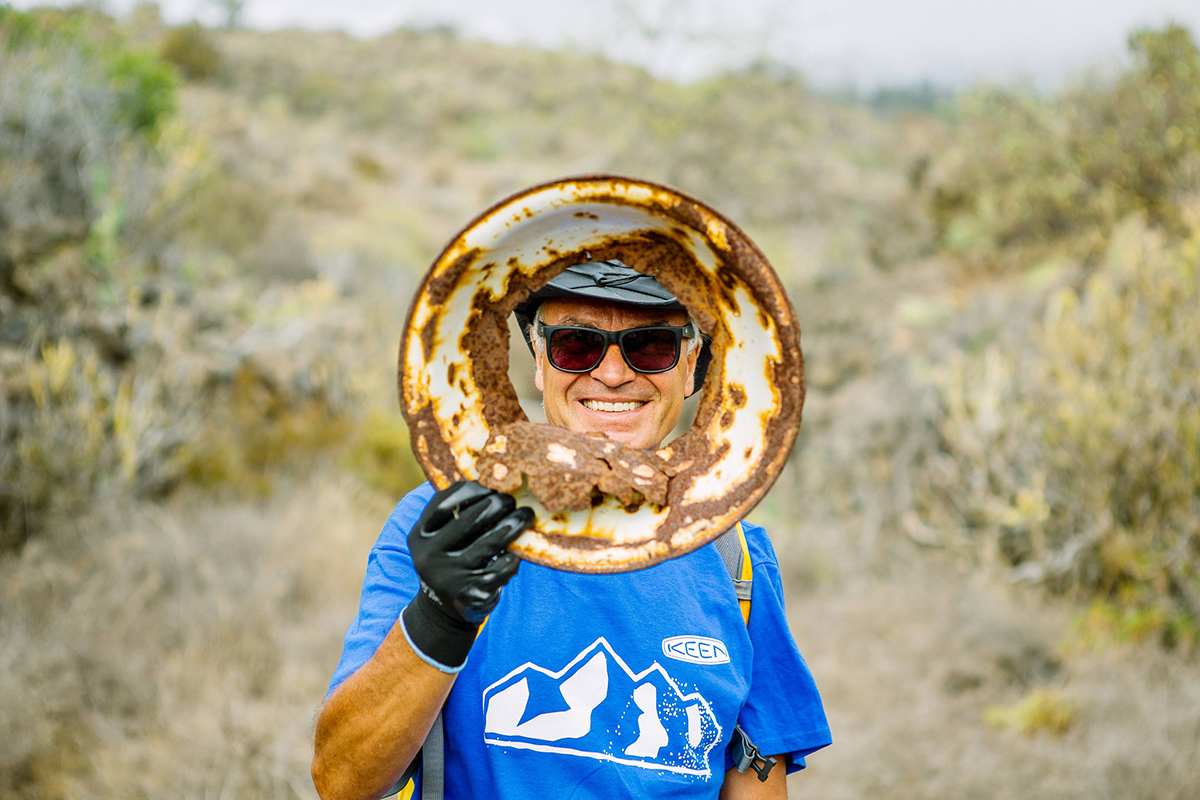 The 2017 UIAA Respect the Mountains season, partnered by KEEN, concluded at the end of September with back-to-back events in Tenerife, Spain and in Capel Curig, Betws-y-Coed, Wales, two venues to have featured in the 2016 Series. The event in Tenerife was organized as part of the Tenerife Walking Festival project and held over two days; the first evening dedicated to a talks from different speakers focusing on the ‘Zero footprint’ concept. The UIAA Respect the Mountains Series is governed by the ‘Seven Ways to Respect the Mountains’ with the event in Tenerife therefore focusing on the subject ‘Leave No Trace’. The following day, volunteers engaged in direct action in the UNESCO-protected area of Anaga Rural Park on the north of the island. Nearly a hundred volunteers were split into two groups collecting waste as diverse as a foam mattress, a toaster, kitchen knives, chairs and a discarded backpack. Participants were also give the chance to experience the local environment from boat rides to taking part in traditional culture celebrations. A week later, incessant rain made the event in the Snowdon region of Wales very challenging for the 30 participants. Despite the elements playing havoc, the volunteers – comprising many families – doubled their efforts collecting waste as diverse as a torch, a bow tie, a grill and an abandoned shovel. This event was partnered by Outdoor Partnership and Keep Wales Tidy.

A full review of the 2017 UIAA Respect the Mountains Series will be available at the end of October. The UIAA takes the opportunity to thank all organisers, partners, volunteers and member federations for their support of this year’s events.