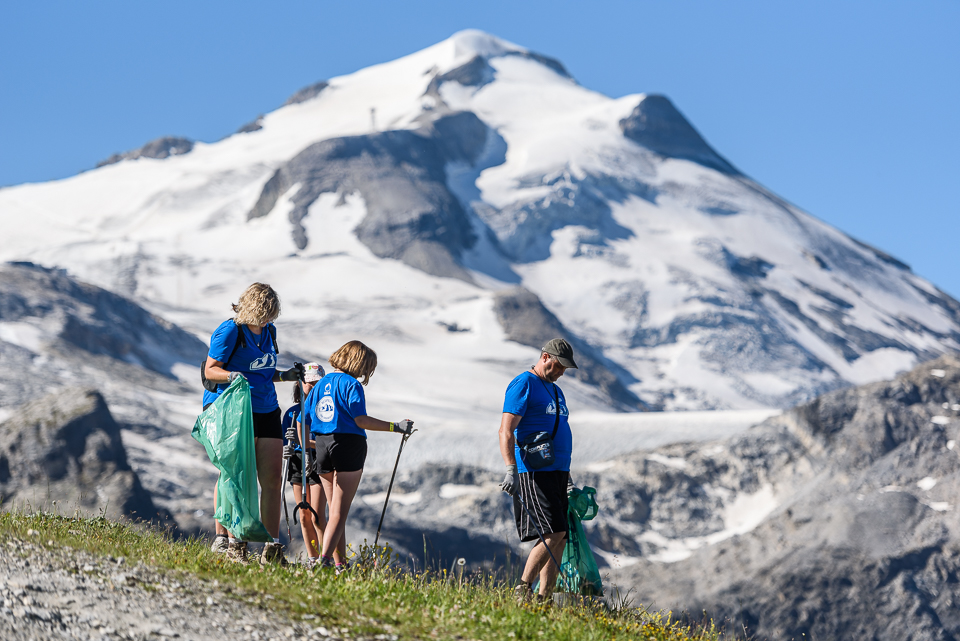 Four tonnes of waste cleared by Respect the Mountains team

The penultimate event of the 2016 UIAA Respect the Mountains Series was held in Tignes, France on Friday 26 August.

Tignes Développement was responsible for organizing the second event held in the Rhone-Alpes region, following the meet in Samoens earlier in August. The resort of Tignes, at 2,169m, is best known as a ski resort although also offers ample summer activities from mountain biking to paragliding. Together with nearby Val d’Isère, it forms the “Espace Killy” ski area. In excess of 60 volunteers, divided into two groups, took part in the day’s clean-up operation. One group focused on the Toviere ski-run at 2,700m while another group cleaned areas around the village itself. Most of the participants were tourists from all over France including a number of families. The paths were easy accessible also for children, with about 10kms covered by the two groups. Nearly 70 bags and 350 kilos of waste were collected, bringing the season total to over four tonnes.

After the clean-up operation, a hearty BBQ was provided for the volunteers. Lunch closed with the award presented by project sponsors KEEN for the weirdest find. A full bottle of vodka scooped the prize! Following lunch, volunteers took part in beach volleyball, boccia and tennis competitions.

Photos from the event can be viewed on the UIAA Flickr Channel.

The final event of the 2016 UIAA Respect the Mountains Series will be held on Piatra Craiului National Park, Carpathians, Romania from 17-18 September. The ninth event of the Series held across eight different European countries.