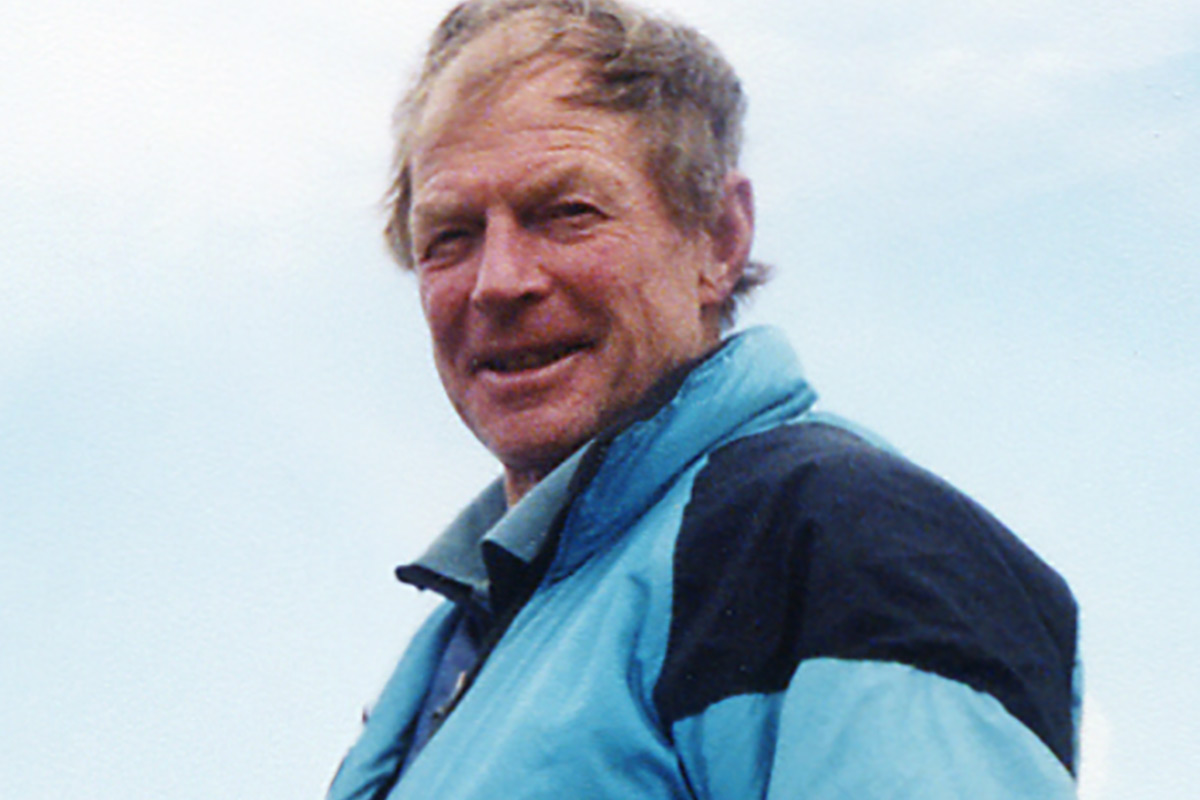 Lloyd made many ascents in New Zealand and was a member of a successful NZAC expedition to the Cordillera Huayhuash in Peru. However, it was primarily for his many contributions to mountaineering and the guiding profession in Canada that the NZAC bestowed this honour on Lloyd.

Since arriving in Canada from his native New Zealand in 1965, Gallagher forged his place in Canada’s mountaineering community. A long-time Alpine Club of Canada (ACC) member, he was one of four candidates on the Association of Canadian Mountain Guides’ first exam in 1966, which, of course, he passed. Through his long and successful guiding career with Canadian Mountain Holidays, which was followed by his exemplary work establishing the elite public safety and mountain rescue service in Alberta Provincial Parks’ Kananaskis Country, Gallagher has made an immeasurable contribution to Canada’s mountain recreation industry. Gallagher is highly respected for his role as a member of Canada’s first successful expedition to a major Himalayan peak, 7146-metre Pumori in 1977, and as Deputy Leader of the 1982 Canadian Mount Everest Expedition. Through his decades as a mountaineering instructor with Canada’s Army Cadet organization, he introduced the joys and wonders of travelling safely in the high alpine to countless novice teenagers. A devoted husband, father and grandfather, Gallagher is a generous volunteer who never ceases to find time and ways to help others, including the Whyte Museum of the Canadian Rockies, the Mountain Haven women’s shelter program and the ACMG, just to name a few.

Lloyd Gallagher was awarded Honorary Membership of the ACC in 2012.

The UIAA congratulates Lloyd on the rare feat of becoming an honorary member of two of its longstanding member associations.