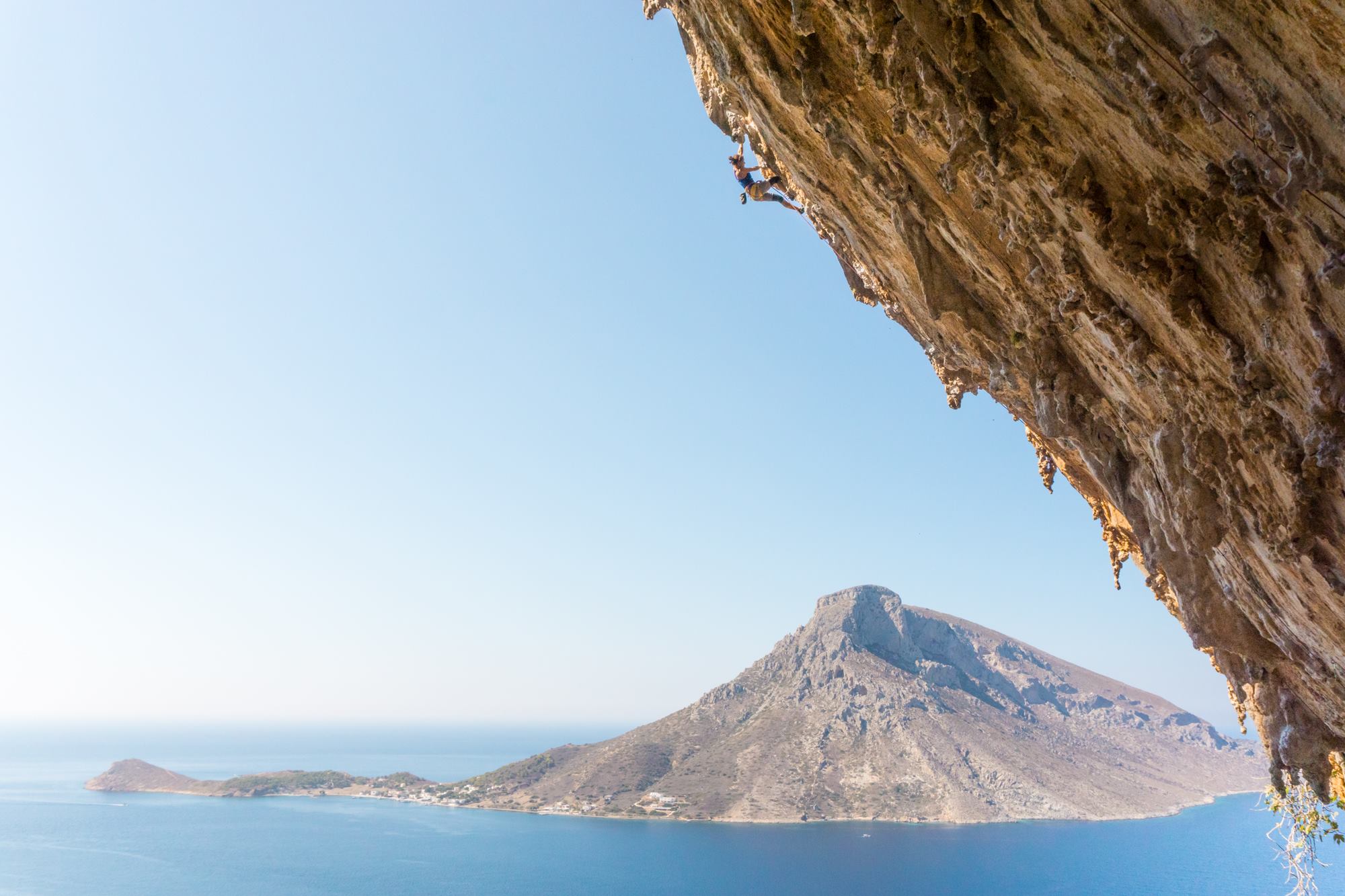 The island of Kalymnos in Greece is a paradise for the mind and body, in particular for rock climbers indulging in their passion. A rich blend of Greek hospitality, natural beauty and world class climbing annually draws twice as many climbers as none climbing tourists to this Aegean jewel.

The Municipality of Kalymnos has worked enthusiastically and hand in hand with climbers to promote, and more importantly support, climbing tourism and the climbing community ever since the inaugural Kalymnos Climbing Festival was held ten years ago.

The 2016 festival was approved by the Hellenic Climbing and Mountaineering Federation, a member of the UIAA since 1936. After considering a shortlist of several European festivals in 2016 the UIAA granted the Rock Climbers’ Award to the Kalymnos Municipality based on its excellence in meeting the following criteria – commitment to sustainable practices, support for the climbing community and experience in organizing international  climbing festival events. Perhaps the highlight of the festival was Urko Carmona’s video (trailer below) and presentation on his journey through climbing and life after suffering a traffic accident at the aged 15, which took his leg but not his desire to climb. As a para-climbing World Champion, 8a + climber and route-setter he was joined by friend Simone Salvagnin, a blind climber, B2 category. They climbed every day alternately to achieve their ambitions on Kalymnos. Their achievements were also recognized in the form of an Award from the UIAA.

The UIAA extends its gratitude to the Mayor of Kalymnos, Mr Ioannis Galouzis, and main event organizer George Hatzismalis for his unwavering support and innovative approach to this festival over the last ten years.

“We are honoured to receive this award,“  explained Mr Hatzismalis. “The financial support will help us develop the Kalymnos rescue team and will be put towards making an even greater event next year. None of this would have been possible without the great support of our volunteers.”

Backdrop: A stunning, and challenging place, to climb The number of climbing sectors in Kalymnos is growing, spreading the load on any particular crag and of course increasing the chance to climb stunning lines.  Last year over 200,000€ of funding was secured by the Municipality from the European Commission for maintenance of sectors and the crag environment.

This year the Kalymnos climbing festival welcomed the Vertical-Life app who supported the “open climbing days” which attracted 417 climbers from 36 countries.

The Vertical-Life app provided a smart climbing festival app and a zlagboard evening entertainment fingerboard hangout event.  The idea was to record climber’s routes on the app allowing them to accumulate points during the two days of climbing.