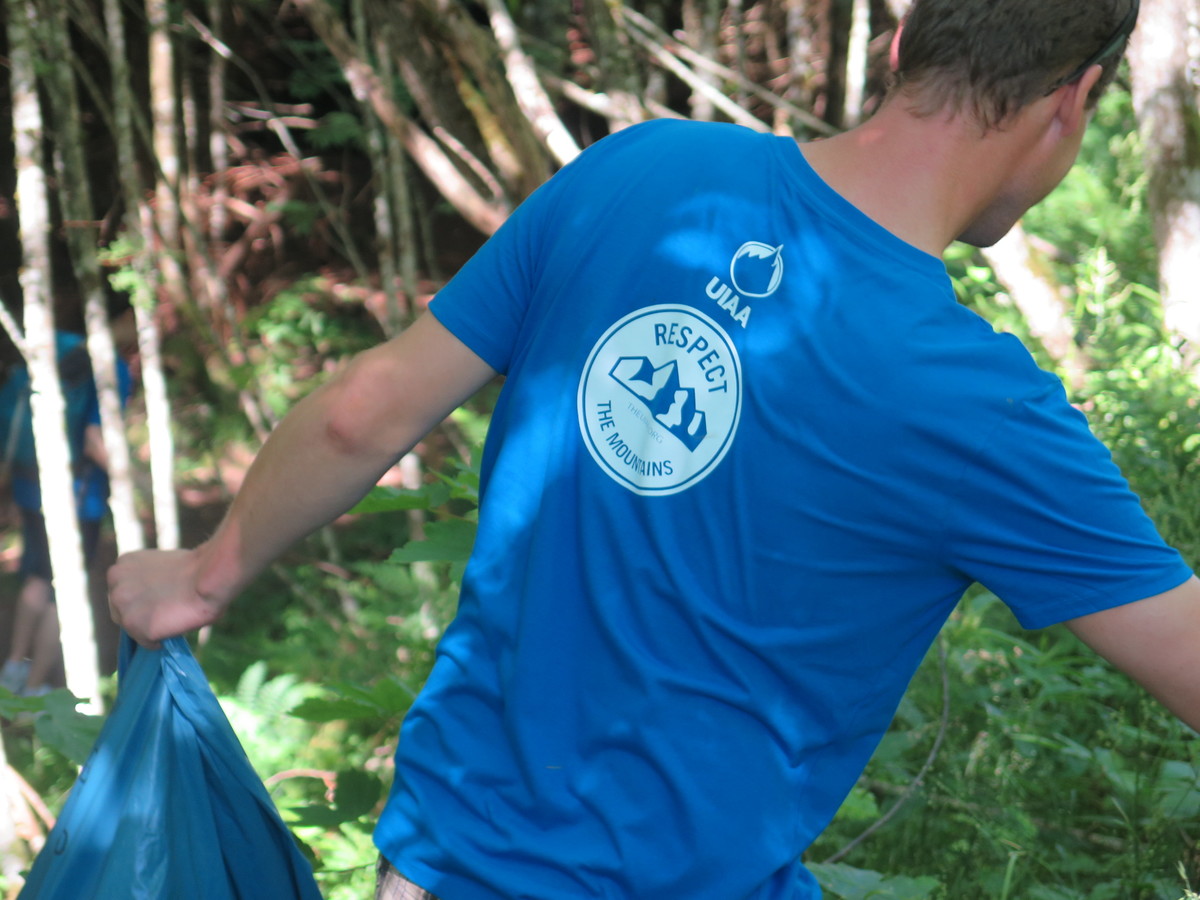 Making a tonne of difference in the Black Forest

The Städtisches Forstamt Freiburg and the DAV (Deutscher Alpen Verein) organized this year’s Respect the Mountains held event in the Schwarzwald, Germany on Sunday 10 July. It was the fourth in this year’s Series, which is organized by the UIAA and partnered by KEEN.

The Schauinsland mountain (elevation 1,284m) located in the Black Forest mountain range, near Freiburg im Breisgau was the scene for the day’s clean-up operation.

Following arrival at the venue by mountain gondola and registration, the near 80-strong group of participants were split into four groups across different parts of the mountain. They covered around 6km of quite tough terrain. Most of the participants were active members of the DAV and included a number of families. It proved a productive day under the sun with around a tonne of garbage collected including several car tyres and electronic devices. The prize for weirdest find, and winner of a pair of KEEN shoes, was awarded to the volunteer who discovered an old advertising sign.

In the afternoon, participants were able to unwind after such an active morning. On offer were a range of diverse activities: geocaching, a ride with a downhill-roller and a mine expedition.

Video highlights from the events can be viewed on the UIAA YouTube Channel.

The fifth UIAA Respect the Mountains event of the season will take place in Tirol, Mayrhofen-Hippach, Austria. The programme and registration details are available here.