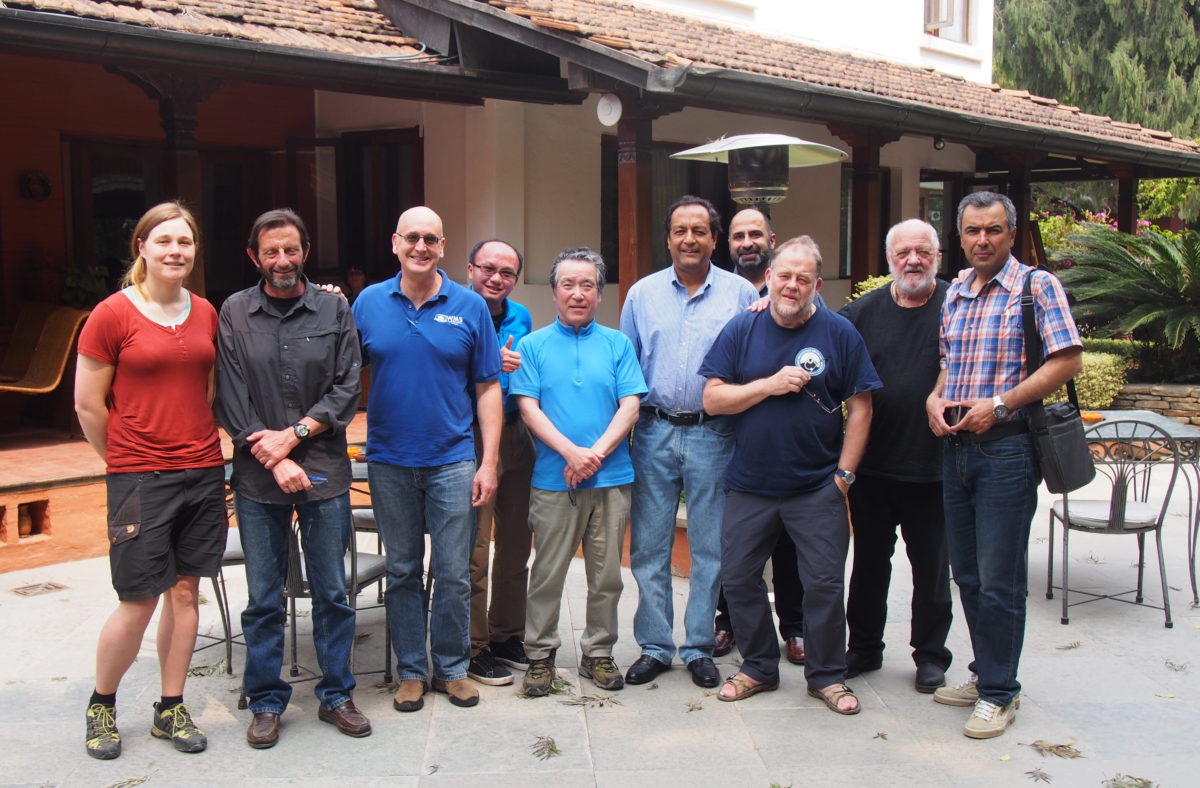 Among the main points discussed were:

• Situation in Kilimanjaro. The continued challenge to raise awareness about the precarious situation on the mountain and improving knowledge about the risks involved. The MedCom discussed the possibility to draw from experience on Aconcagua, where ten years ago the situation was similar. Since when the local community has supported building awareness of the risks involved and the situation has gradually started to improve. The UIAA MedCom has produced dedicated information guides to climbing Kilimanjaro and Aconcagua.

• A second edition of Anil Gurtoo’s First Aid Mountain Leaders in India will run in May 2017. Additionally, Commission President George Rodway is in the process of exploring other opportunities for short courses involving basic mountain medicine for lay people (in India) that can be supported by the UIAA MedCom.

• The success of the Diploma in Mountain Medicine in Nepal was discussed, notably the benefits of practical training married to theoretical knowledge, and how this acquired knowledge has been transferred to other education programmes in the country.

• In Taiwan, Commission member Shih-Hao Wang reported on the distribution of portable hyperbaric chambers (PHC) nationwide in mountain lodges, huts, hotels and stations, and the provision of training to hut guards and mountain guides on how to use these. Taiwan has more than 250 3000m peaks. Due to local topography (many cliffs) it can be a major challenge to evacuate climbers who have fallen ill, if helicopters can’t fly. Fatalities from altitude illness were a common occurrence and since implementation of the PHCs, no further mountaineers have died from altitude illness. Furthermore, a lighter PHC has been developed and will be released next year.

• The UIAA paper on ‘Drug Use and Misuse in the Mountains: A UIAA MedCom Consensus Guide for Medical Professionals’ published in 2016 has already been downloaded over 10,000 times and been a major success.

• The Commission is working on a paper dedicated to diabetes for publication this year. This will combine layman’s information with an article for professionals (in keeping with ‘Drug Use and Misuse in the Mountains: A UIAA MedCom Consensus Guide for Medical Professionals’).

The Commission took time to remember former UIAA MedCom President Bruno Durrer who passed away in December 2016. A mini biography with personal remembrances of friends and colleagues has been written with help of many, including his widow Susie. This will be published in ‘Wilderness and Environmental Medicine’ during the summer of 2017.
The next UIAA MedCom meeting is scheduled to take place in Kathmandu on or around 20 November 2018.

The UIAA has recently started a dedicated series of articles highlighting essential information from UIAA advice papers. This content is aimed at all mountain users and designed to save lives and prevent injury. The first in the Series focuses on nutrition.