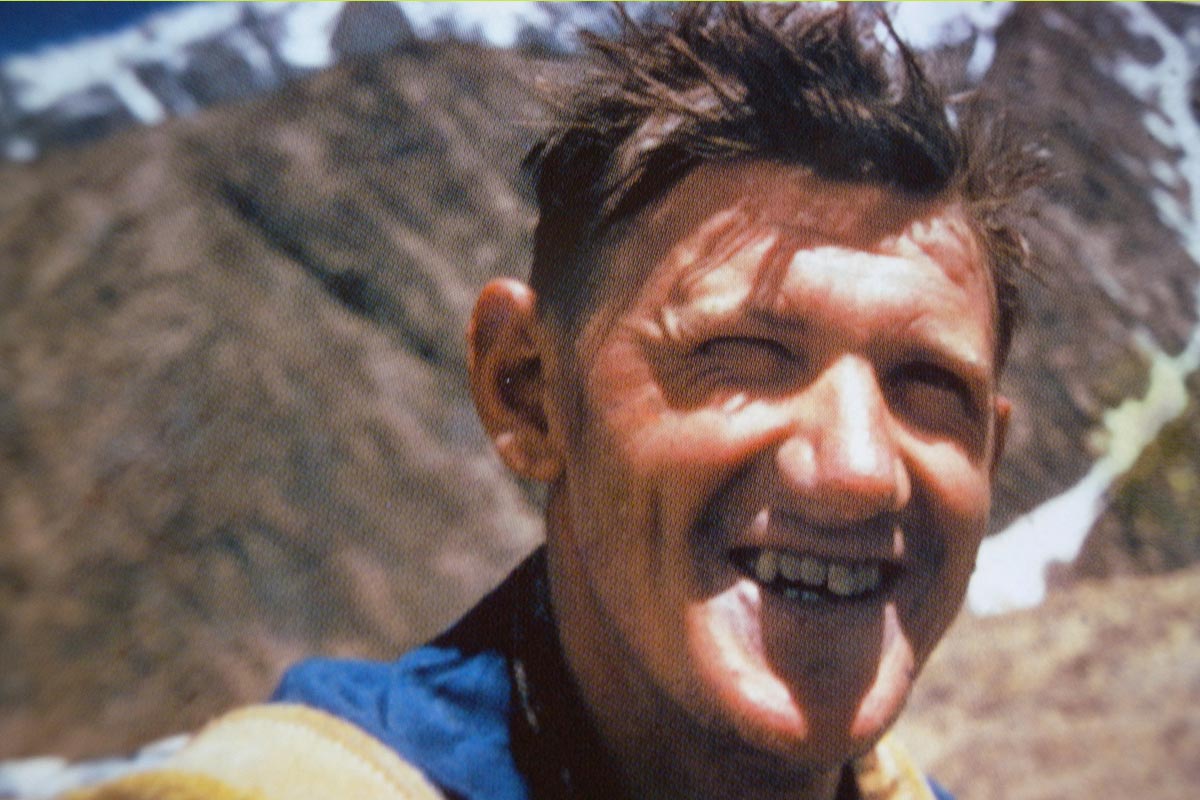 He was an excellent and noted journalist, photographer, editor, author of mountaineering and climbing books and the CEO of the most important Slovenian printing and newspaper company DELO.

He began his mountaineering career as a student in the 1950s. Due to his daring ascents he was selected a member of the first Yugoslav-Slovenian »Himalayan expedition -Trisul« in 1960. Subsequently he climbed several difficult routes and made first ascents in the walls of the Central Alps, the Valais Alps, the Dolomites, in Africa, in Japan and of course in Slovenia – in the Savinja and Julian Alps.

In 1963, Ante Mahkota was again named a member of the first Slovenian expedition to the Central Caucasus, and in 1967 of the first Pamir expedition. There the rope team Mahkota – Ekar succeeded in the entire ridge crossing of the 7000-m mountain massif Lenin Peak in alpine style. The crossing took place in a stormy wind over the Razdelnaya peak with the descent during an ice storm of the Kirylenko east wall. For this achievement, recognized as the most difficult climb in the Pamir Olympiad, they received both the Russian and national praise, as well as compliments from the Italian expedition leader and famous Dolomite climber Nino Opio, from the Austrian expedition leader and world-famous climber Erich Vanis. In 1966, Ante Mahkota and co-climber Peter Ščetinin overcame the final famous problem in the Triglav north face, the Sphinx.

Mahkota wrote about his mountaineering life and ascents in the book Sfinga (The Sphinx) which was published in 1979 and is considered one of the key works of Slovenian mountaineering non-fiction.

The Sphinx is a nickname for a 300-meter vertical and in some places overhanging column on the Triglav north wall, and was made a central subject of the book. In 2011 an internationally acclaimed documentary based on the book was filmed by Vojko Anzeljc.

Our dear friend and mountaineer Ante Mahkota will remain in our hearts and memory as a tireless promoter of mountain climbing and a devoted friend. He made his name widely-known not only in Slovenia, but also worldwide.

Full Member Association of the UIAA. See details on all UIAA members here.