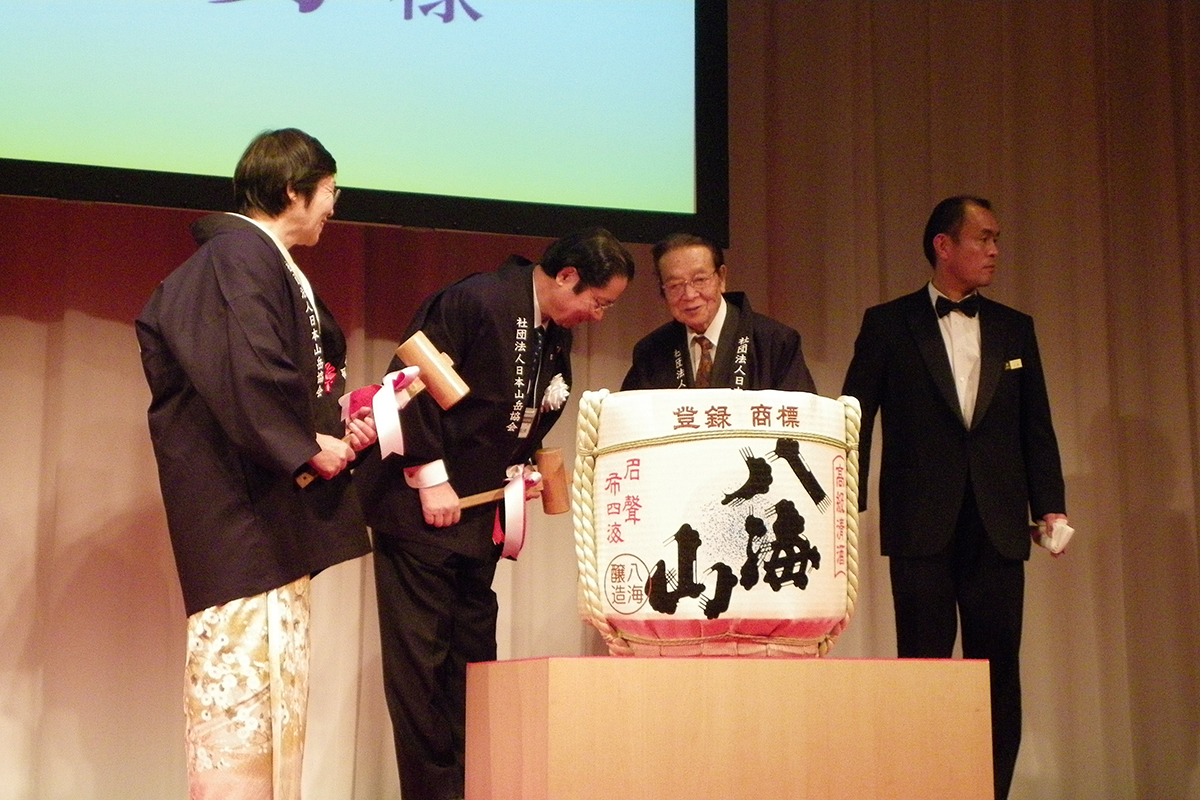 The UIAA is saddened to hear about the recent passing of its honorary member Kazuo Saito.

At the 2010 UIAA General Assembly in Bormio (Italy), Saito became the first UIAA honorary member from the Asian continent. This honour was bestowed in recognition for his commitment to the alpine world both in and outside his native Japan. One of his most significant accomplishments was the initiation of the establishment of the Union of Asian Alpine Associations (UAAA) in 1993. He was the association’s first President. Throughout the past 25 years, the UAAA has played a fundamental role in uniting Asian alpine associations, climbers and mountaineers.

In his professional life, Saito worked as an engineer for the Tokyo Electric Power Company. In 1955, he established the alpine club “Sangaku Doshi-Kai”, and actively took on the challenge of many difficult rock and winter climbs, as well as developing routes in the Japanese mountains. Sangaku Doshi-Kai has been the leading alpine club in Japan for taking on challenges and has accomplished many exceptional ascents.

In 1967, he made the second winter ascent of the Schmid route on the Matterhorn. Four years later he returned to the Alps in winter and climbed the Grands Jorasses North Face as well as the direct route on the Eiger North Face. The same year, he travelled to the Himalaya and successfully reached the summit of Annapurna II. In 1980 and 1983 respectively, he climbed Kangchenjunga and Everest, both ascents without supplementary oxygen.

Kazuo Saito took a keen interest philosophy and the history of Japanese alpinism, and is the author of several books. He has held various official positions in the alpine world. He was the president of the Tokyo Mountaineering Federation in the 1980s, when he was also vice president of Japan’s national federation. In the 1990s, he became president of the Japanese Mountaineering Association (JMA), a UIAA member federation. At the same time, he was director of Japan’s Natural Parks Foundation, a councillor for Japan’s Sports Association and a member of the management committee of the National Mountaineering Training Center. From 1994 to 1996, he was UAAA President.

Saito passed away on 24 February, aged 93. The UIAA extends its thoughts to Saito’s family and many friends and colleagues at the JMA and the UAAA.