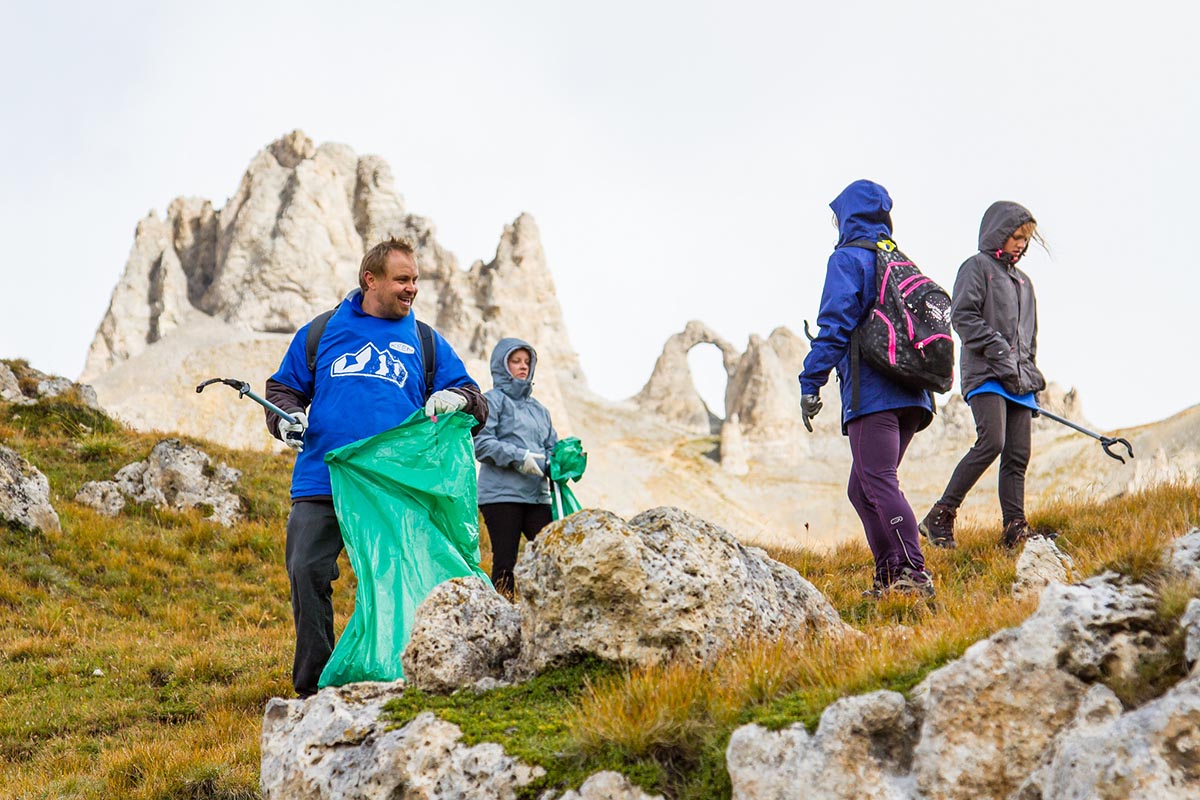 RESPECT THE MOUNTAINS: FROM EVENTS TO EVOLUTION

Since 2016, the UIAA, in collaboration with its member federations, sustainability branches of local tourism offices as well as local charitable partnerships, has organized 26 RTM events, where nearly 2,000 volunteers have covered over 10,000 kilometres (a return trip from Alaska to Patagonia!) in collecting almost ten tonnes of waste. At the close of this year’s Series, the 1,000th garbage bag was filled.

As well as UIAA-organised events, a number of similar initiatives were put in place by UIAA member federations throughout 2018 including the Austrian, Canadian, German and Swiss Alpine Clubs, as well as the Mongolian National Climbing Federation who marked their hosting of the 2018 UIAA General Assembly in October with a dedicated ‘one mountaineer, one (garbage) bag’ day.

Looking forward to the evolution of RTM, the UIAA will develop a global calendar of local and national clean-up events organized and hosted by members, similar in concept to the rock and ice climbing festival calendar launched earlier in 2018. Visiting climbers and mountaineers will also have the opportunity to refer to the calendar and join events.

Following the conclusion of this year’s Series, the UIAA Mountain Protection Commission will also conduct a root and branch review of the project with the aim of a future RTM Series or programme having a more strategic and educational vision, with the support of a wider number of partners and sponsors, including UIAA members, and focusing efforts in developing countries which don’t have the means to conduct their own clean-ups.

“The RTM Series has proven successful at bringing people together in their appreciation for the mountain environment and on a local scale the events have had a significant impact in raising awareness about mountain waste and climate change. However, for the Series to make a more meaningful, sustainable impact, it needs to develop from the localized, event-led model, into a more global platform for change. Here we hope to highlight and draw on the experiences and expertise of those member federations who have successful clean-up campaigns in place, and from whom we can learn from to support other federations,” explains UIAA Mountain Protection Commission President Dr Carolina Adler.

The UIAA thanks all partners, local organisers and volunteers who have organized or taken part in the events since 2016. The UIAA will communicate its future plans for the Respect the Mountains project following the MP Commission meeting in spring 2019. In the meantime the UIAA will provide details on members’ clean-up events in the form of a new calendar launched during the first quarter of 2019.