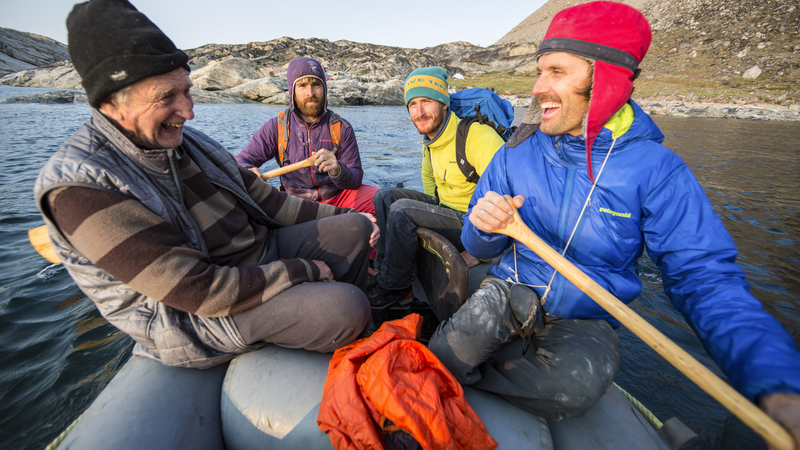 Held between 17-19 March, the Sheffield Adventure Film Festival (SHAFF), showcases more than 100 of the best adventure, travel and extreme sports films hand-picked around the world. The event is presented by the British Mountaineering Council.

Among the Awards presented at this year’s festival was the UIAA Best Climbing Film. Recipient of the Award was Dodo’s Delight, a 28-minute US-produced film directed by Peter Mortimer, Nick Rosen, Josh Lowell and Sean Villanueva-O’Driscoll.

Below is SHAFF’s description of Dodo’s Delight, a film which also claimed bronze in the main Grand Prize category:

Jump on board a madcap sailing adventure to the biggest rock walls in the Arctic Circle with a team of elite climbers as zany as they are talented. Sean Villanueva, Nico Favresse, Olivier Favresse and Ben Ditto have made cutting edge first ascents in remote mountain ranges around the world — climbing hard, making music and goofing off thousands of feet in the air. Now they embark on their greatest expedition yet, voyaging to the massive walls of Greenland and Baffin Island on the good ship Dodo’s Delight, skippered by the spry 79-year old Captain Bob Shepton. Amongst rough seas, falling rocks and freezing temperatures, this hilarious and badass gang of adventurers forge bold new routes and have the time of their lives.

In the same category, Jurek (Poland) was awarded the silver prize and Down to Nothing (USA) bronze.

Further details on SHAFF can be found here.