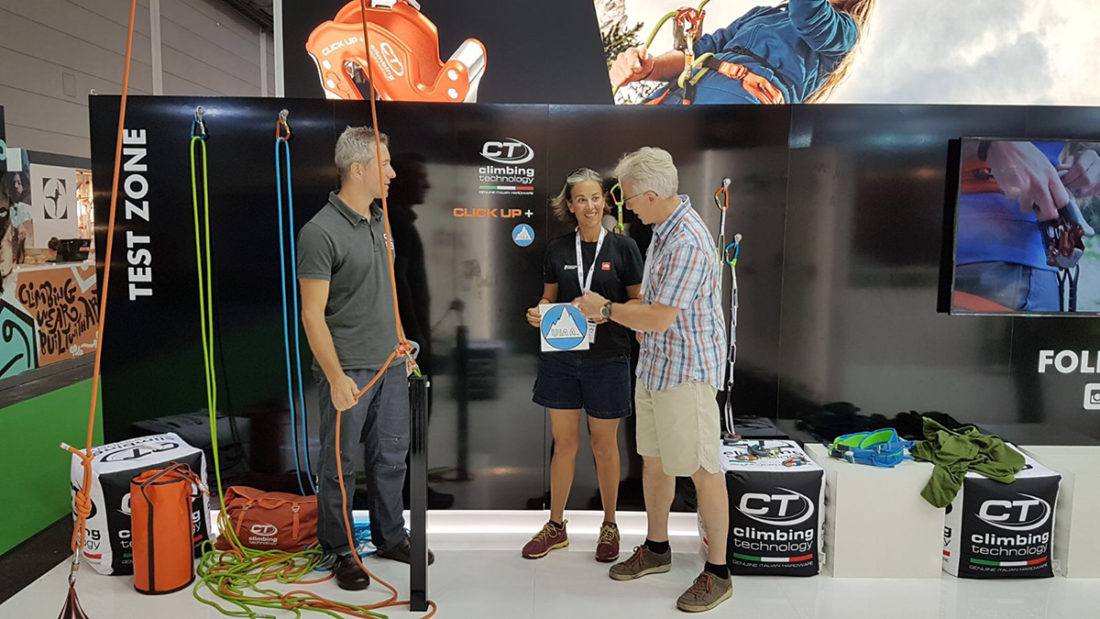 Members of the UIAA office, Executive Board and Safety Commission recently attended the four-day Friedrichshafen OutDoor 2017 trade show where the UIAA ran its own stand.

The 24th edition of Outdoor welcomed 965 exhibitors from 40 countries and a host of the world’s leading international brands in the climbing and mountaineering sector. The opportunity to visit OutDoor2017 enabled the UIAA to network with key stakeholders in the industry and to promote the work of its Commissions across the three pillars of its Strategic Plan 2017-2020 – safety, sport and sustainability.

In terms of safety, members of the UIAA Safety Commission took the opportunity to exchange with both current and potential UIAA Safety Label holders to discuss a range of subjects including the field and lab testing and standard development for avalanche rescue probes. Following on from the recent UIAA Safety Commission meeting in the Netherlands, Outdoor2017 provided the opportunity for the UIAA to follow up on subjects and discussions with many of the Safety Label holders who attended the recent get-together in Woerden. The UIAA counts some 66 safety label holders worldwide and currently assigns over 2,100 safety labels.

The UIAA presented the impressive viewing figures and results of the most recent UIAA Ice Climbing World Tour and the sport’s continued development. Over eight million people were engaged through video content – livestreaming and highlights – produced across five World Cup events in five countries on three continents. The season concluded with the biennial World Championships, an event live broadcast on the IOC’s Olympic Channel. The UIAA’s ambition for ice climbing to become an official competition sport at the 2022 Winter Olympic Games in Beijing, and the milestones to negotiate in the coming years, was also a subject for discussions.

The UIAA showcased its commitment to mountain sustainability principally through reporting on the progress of its core projects, the Mountain Protection Award and Respect the Mountains. The application period for the 2017 Mountain Protection Award, an international showcase for projects and initiatives in the field of sustainable mountain practices, closes on 30 June. Meanwhile, the UIAA Respect the Mountains campaign, uniting direct action and education about mountain waste, is expanding beyond an impressive first series in 2016 with more events planned including the first outside of Europe.

For the second year in a row, the UIAA worked together with Sunday Afternoons in raising awareness for the RTM series.