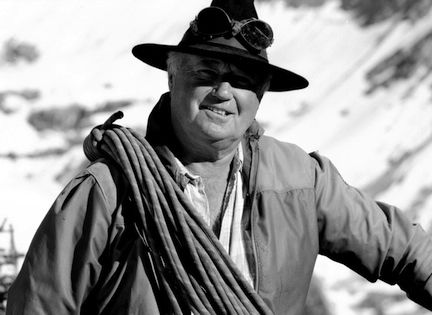 William Lowell Putnam was an Honorary Member of the UIAA

William Lowell Putnam, a dear friend and Honorary Member of the UIAA – International Climbing and Mountaineering Federation died Saturday after a week-long coma following a fall.

The news was sent to the UIAA from his son Lowell who wrote: “I regret to inform you that my father passed away (Saturday, 20 December 20140 after being in a coma for a week following a fall and very traumatic brain injury. He was surrounded by family and friends and went peacefully.”

“William was a great friend of the UIAA and one of its staunchest supporters,” said UIAA president Frits Vrijlandt. “He spent many decades representing the United States of America and Canada at the UIAA, making many friends and contributing greatly to the organization.”

Putnam was born in Springfield, Massachusetts in the United States in 1924 and studied geology at Harvard University. While attending college he volunteered to fight in the Second World War and was wounded in combat, suffering a serious chest injury. This would later prevent him from going to extreme altitudes.

In his professional career he was the founder, president and CEO of the Springfield Television Corporation, managing three TV-stations. In 2001 he was inducted into the American Broadcasting Hall of Fame.

Putnam was the sole trustee of the Lowell Observatory, the world’s largest private astronomical research observatory.

Putnam filled many positions in the American Alpine Club. In 1957 he became the editor of the AAC’s Canadian guidebooks. Later he served as Councillor, Director, Treasurer and last but not least President from 1971-73. Putnam was responsible for overseeing the construction of three mountain cabins in western Canada. In 2002, the board of the Alpine Club of Canada approved that one of these hut be renamed the Bill Putnam Hut in recognition of his contribution to both the ACC and Canadian mountaineering. He is the only living person to have a hut named after him by the ACC.

For 30 years he was the U.S delegate to the UIAA and for many years he also represented Canada. Since 1974 Putnam sat on the UIAA Council and he was elected Vice President in 1993. He was the main drafter of the UIAA Kathmandu declaration on the protections of mountains, which was adopted by the General Assembly in 1982. Putnam’s main objective has always been to make the UIAA a truly global association.

Bill Putnam was an honorary member of the Appalachian Mountain Club (America’s oldest such society), the American Alpine Club, the Alpine Club of Canada, and the Association of Canadian Mountain Guides. He wrote many books on mountaineering including A century of American Alpinism, K2: The 1939 Tragedy and a biography of Swiss-Canadian mountain guide Ed Feuz (the last two together with Andrew J. Kaufman).

From the Arizona Daily Sun:

In lieu of flowers, the family asks that donations be made to any of these organizations: