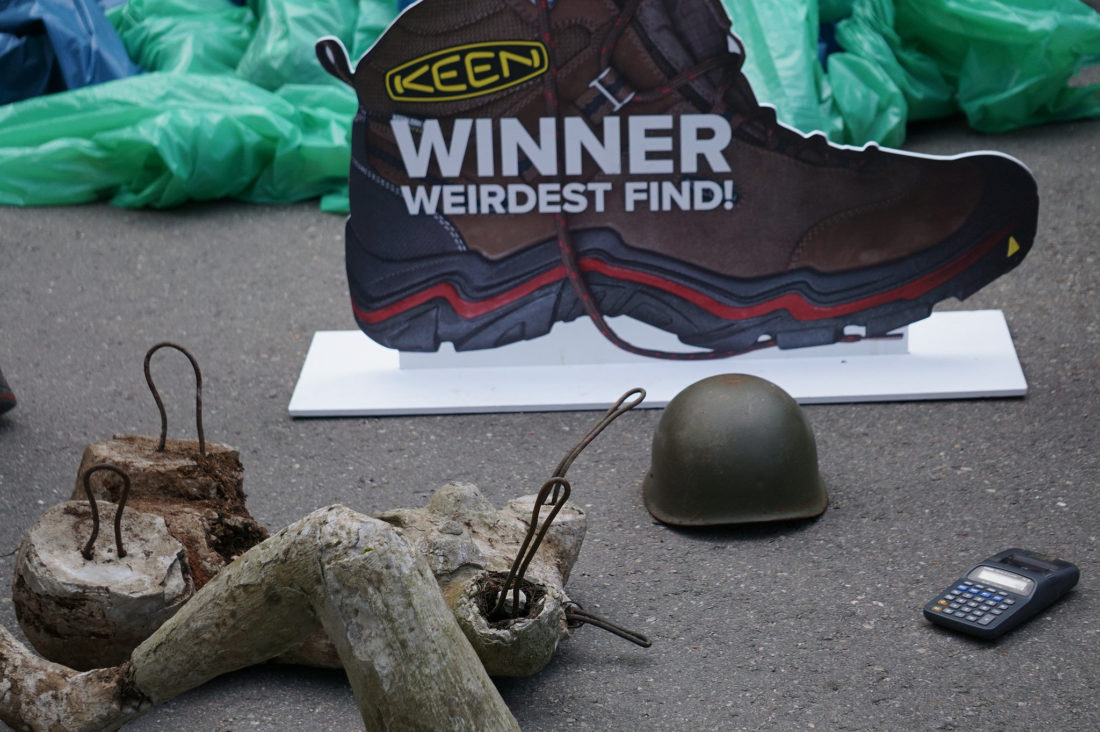 In Respect the Mountains

TRAVELLING WISE TO RESPECT THE MOUNTAINS

A female statue, a World War II helmet and an accountant’s calculator. Just some of the waste cleared from the forests of Freiburg im Breisgau, Germany on Sunday 28 May during the second UIAA Respect the Mountains event of 2017. The successful day was organised by the UIAA in conjunction with the Freiburg forest department and the local section of the DAV. The UIAA Respect the Mountains series is partnered by KEEN. Following the opening event of the 2017 Series in Romania, 123 volunteers gathered to help clean the areas around the Schauinsland hills and enjoy a wonderful day in nature together. The Schauinsland is a popular leisure spot for Freiburgers and tourists and easily accessible by bus and cable car. This latter point helped the UIAA focus on the educational component of the day and one of its cardinal 7 Ways to Respect the Mountains. Focusing on the ‘Travel Wise’ point, all participants arrived by public transport, actively promoting a low carbon approach to spending time in the mountains.

The traditional event prize, awarded by project partners KEEN, for the weirdest find was awarded to Mattis, 12, the participant who discovered the statue.

Pictures from the event can be downloaded from the UIAA Flickr channel.

For more information about the UIAA Respect the Mountains series please click here.