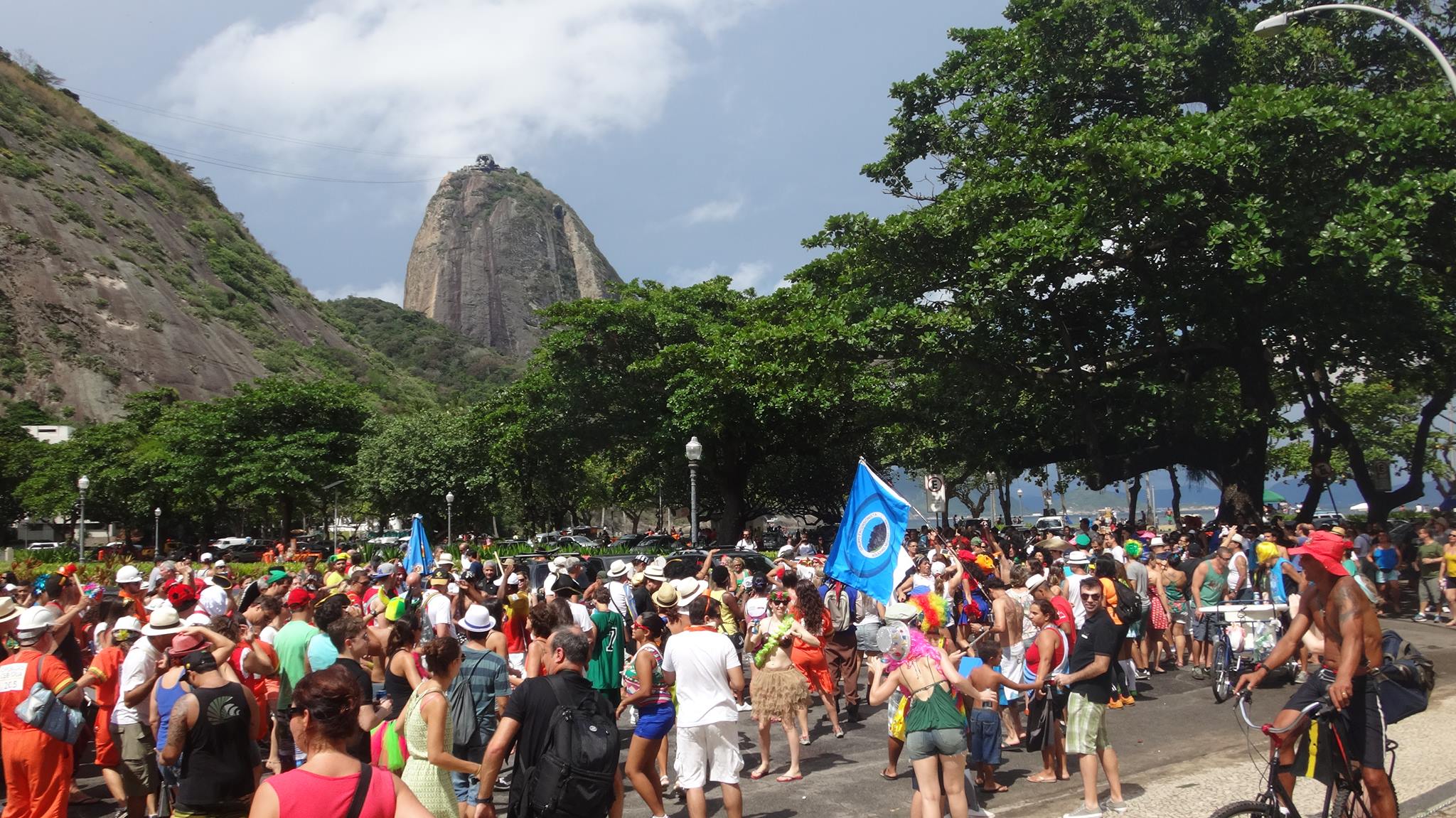 A Guide to Climbing and Mountain Hiking Access in Brazilian Parks

Brazil is well known for its carnival parties, beaches, soccer (let’s not mention the 2014 World Cup….) and mosquito diseases. In addition, the Amazon Rainforest is world renowned for its biodiversity. The world does not know, though, that Brazil also has a vibrant climbing and hiking community, many different trails and climbing areas, and really hard challenges in mountain access and conservation. The Brazilian Mountain Hiking and Climbing Confederation (CBME) has been working very hard to negotiate better access conditions for climbers and hikers alike as well as promote mountain conservation in the parks we visit.

The first closed access in Brazil can be traced back to colonial times, when the Portuguese authorities prohibited the Native tribes from using the Peabirús (from the Guarani, “smashed grass”) trails. These pathways go from the Atlantic to the Pacific crossing today´s Brazil, Paraguay, Bolivia and Peru. Spanish explorer Alvár Nuñes Cabeza de Vaca, in 1541 (also the first to “discover” Iguaçú falls, today a National Park) was the first to write about these trails.

The Brazilian urban community turned to nature for leisure purposes by European influences in the 19th century. This paradigm shift is seen in the travel descriptions of many naturalists, as well as the royal family rambles to the Corcovado summit (the location of the Statue of Christ, the Redeemer in Tijuca National Park, Rio de Janeiro).

Climbing history was marked by two symbolic events: the ascent of the Marumbi Mountain Range in the southern state of Paraná in 1879 and the iconic climb of Dedo de Deus (God’s Finger), in the state of Rio de Janeiro, in 1912. These ascents stimulated the creation of mountain clubs –the Centro Excursionista Brasileiro becoming the first in 1919. The Dedo de Deus was first climbed in 1912 by a Brazilian party. It’s located in Serra dos Órgãos National Park. Climbers and Hikers purchased part of this land in the 1940s and donated to the National Park. Photo: André Ilha.

Due to culture, economy, a lack of vision, among others, the Brazilian government only designated a National Park in 1937 – the Itatiaia National Park. Even though at that time, some elite urban citizens were concerned about conservation, the preconditions for this designation came from the recent industrialization and labor laws, which allowed free time for the working class, as well as the previously mentioned resignification of nature.  It was no coincidence that Itatiaia National Park was almost equidistant from the three bigger urban centers of the time, São Paulo, Belo Horizonte and Rio de Janeiro: recreation in the mountains was necessary to raise support for the park.

Today, Brazil has 79 million hectares of Protected Areas (not included traditional people lands[1]), with different degrees of land conservation and access. The law states that national parks should be created for conservation, research, recreation, ecotourism, and environmental education. Since a significant amount of climbing and hiking areas in Brazil are located within protected areas, this could have provided an ideal situation. The reality we face is a little bit different though.

Most parks are what we call “paper parks,” as they are legally created, but have no resources of infrastructure. Several parks have only one full-time employee. Almost none is 100% in public land (Brazilian law states that parks have to be 100% public), and the environmental agencies struggle with finance support.

Since the 1970s, the mainstream paradigm in public land agencies advocates the “fortress management culture,” chasing visitors away from the parks and declaring them (i.e., us, climbers and hikers) the conservation enemy no. 1.

Some of their “pillars” that make this fortress management possible are:

There are many examples of access restrictions, from the zoning system established in management plans denying access to 80-90% of the park to some curious ones, like a climbing museum in a park where climbing is prohibited, and bird watchers being forbidden from using binoculars! Backpacking trails were closed for more than 25 years in the Itatiaia National Park for no reason whatsoever. Some extreme biologists state that access threatens biodiversity because visitors bring exotic species’ seeds in their clothes. One-meter slabs are too dangerous and may cause injuries. Land managers are afraid to be sued if someone dies within the park, so climbing is forbidden (but driving, which kills a lot more people annually, is allowed). Bolts promote too much negative impact and therefore must be forbidden. Hiking will cause unacceptable water pollution in an area surrounded by mining companies. The examples are endless.

The Neblina National Park, a 2.200.000 ha in the Amazon home to the Brazilian highest peak (at 2,995m), has been closed for visitors for over 15 years. The federal environmental agency appears to be more worried about the dangers that visitors supposedly represent to the Yanomami (the Native Nation living in the area), than the dangers coming from irregular gold miners, drug dealers and so on. We firmly believe that the cultural encounter could help that traditional community, increasing their visibility and solidarity toward their necessities and issues. This paints the picture that Brazil faces many challenges in public land access. However, we have been actively working to change that.

In the early 2000s, many Climbing and Mountain Hiking Federations were created throughout Brazil, which eventually led to the creation of the Confederation (CBME) in 2004. This uniting movement proved to be an important step for getting more credibility with different stakeholders, strengthening our discourse, and empowering climbers and mountain hikers. In these 15+ years, we have become a very important player discussing access, conservation, and visitation issues.

In 2002, we along with the Ministry of the Environment organized the first Climbing Seminar in Public Lands. In 2006 and 2012, we organized the 1st and 2nd Mountain Parks Meeting, putting together land managers and climbers/hikers to talk about regulations, visitation, and perspectives for mountain parks in Brazil. Our member-federations are part of more than 20 Advisory Councils in protected areas throughout Brazil, advising and supporting those parks’ management in visitation issues. We´ve been participating in the production or revision of management plans, negotiating access and promoting conservation at the same time. CBME is now negotiating with different organizations the creation of the “Parks for All” alliance, putting together different stakeholders (tourism organizations, birdwatchers, WWF, CI, and others) to fight for better policies towards visitation. In 1989, Climbers and Hikers from many parts of the country came to Minas Geraes to defend the Morro da Pedreira an important sport climb area, now a Natural Monument near Serra do Cipó National Park. Photo: André Ilha.

Examples of how we can combine visitation and conservation have always been in the climbing/hiking community soul. In the 1940s, hikers and climbers fundraised and purchased a huge piece of land, which was later donated to the Serra dos Órgãos National Park. Again in the 1980s, the advocacy actions of climbers stopped the complete destruction of Morro da Pedreira, the most popular sport climbing area in the country, and declared it a protected area. The creation of the Pão de Açúcar Natural Monument in Rio de Janeiro and Pedra do Baú Natural Monument in São Paulo, excellent climbing areas, was the result of hikers’ and climbers’ actions. In 2013, mountain hikers along with the Rio de Janeiro Climbing and Mountain Hiking Federation began the hands-on approach to create the 180km Transcarioca Trail, a long distance trail in the heart of the City of Rio de Janeiro. This trail was envisioned by Pedro Menezes, who is a strong pro-visitation advocate. In 2015, CBME joined WWF to create a 3000km trail across the coastal mountain range (Serra do Mar), from the southernmost state Rio Grande do Sul to the state of Rio de Janeiro. One of the major products of these long distance trails is the engagement of the civil society, who has the opportunity to not only enjoy the outdoors, but also to become stewards of the park and the natural areas they visit. The Transcarioca Trail alone has about 1,000 active volunteers. Welcome to Transcarioca trail. This 180-km trail begins passing through three isolated beaches in the metropolis of Rio de Janeiro.

Our actions as a community, from local conservation projects to lobbying in the Congress, have been walking the path of framing visitation as a right and conservation tool, promoting and engaging the civil society’s participation in the conservation debate/work. Furthermore, Brazilians and foreign alike have the constitutional and legal right to visit the parks, which has been largely ignored, and CBME has been shining the light in this issue.

We firmly believe that UIAA and CBME could do a great job together in this respect and welcome everyone to visit our country and enjoy great experiences in the Brazilian outdoors. Climbing in Salto Ventoso (“windy waterfall”) in Farroupilha, was re-opened after negotiations between Rio Grande do Sul Climb and Hiking Federation (FGM), CBME and the municipality. It still challenge climbers to try hard their best. Photo: Odilei Medeiros.

Footnote:
[1] Traditional people in Brazil includes natives indigenous groups, Quilombolas, the descendants of slaves escapees, traditional fishermen called Caiçaras; people leaving isolated in river banks of the Amazonian rivers, among others. Some traditional people’s lands, are considered protected areas under Brazilian law, others, not. There are also some overlap between National Parks and traditional people lands.

Article 1: A guide to rock climbing, access and conservation in Poland.