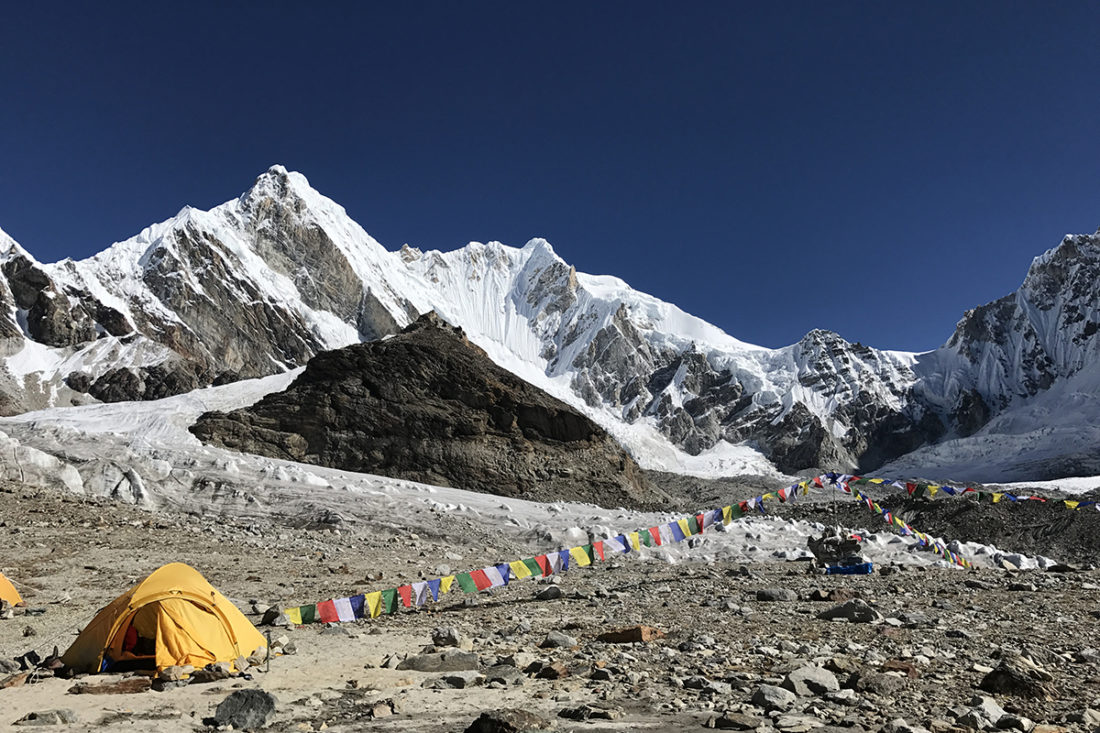 The expedition team was led by Bill Burke of United States, who at 72 in 2014 became the oldest non-Asian climber to summit Mount Everest. Burke has climbed Mount Everest from both sides, Nepal and Tibet. In appreciation of Burke’s contribution to promoting mountaineering in Nepal, the mountain was named after him by the Government of Nepal in May 2014.

Burke made three previous attempts to climb Mount Burke-Khang, in the fall of 2015 and 2016 and again in the spring of 2017. The expeditions were unsuccessful because of heavy snow, dangerous conditions and extremely bad weather. Burke Khang is a highly technical peak situated between Mount Everest and Mount Cho-oyu in Khumbu Himal.