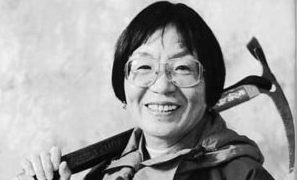 The UIAA is saddened to hear about the death of legendary Japanese mountaineer Junko Tabei who passed away on 20 October aged 77.

Tabei was not only the first female to summit Mount Everest (at the age of 35 in 1975) but the first to successfully climb all of the Seven Summits (a feat she completed in 1992).

“I once had the pleasure of meeting Junko,” said the UIAA President Frits Vrijlandt. “She was a truly great lady and an inspiration to future generations and to female climbers around the world. She was truly passionate about the world of climbing.”

FURTHER READING: The Guardian posted an obituary on Thursday 10 November.