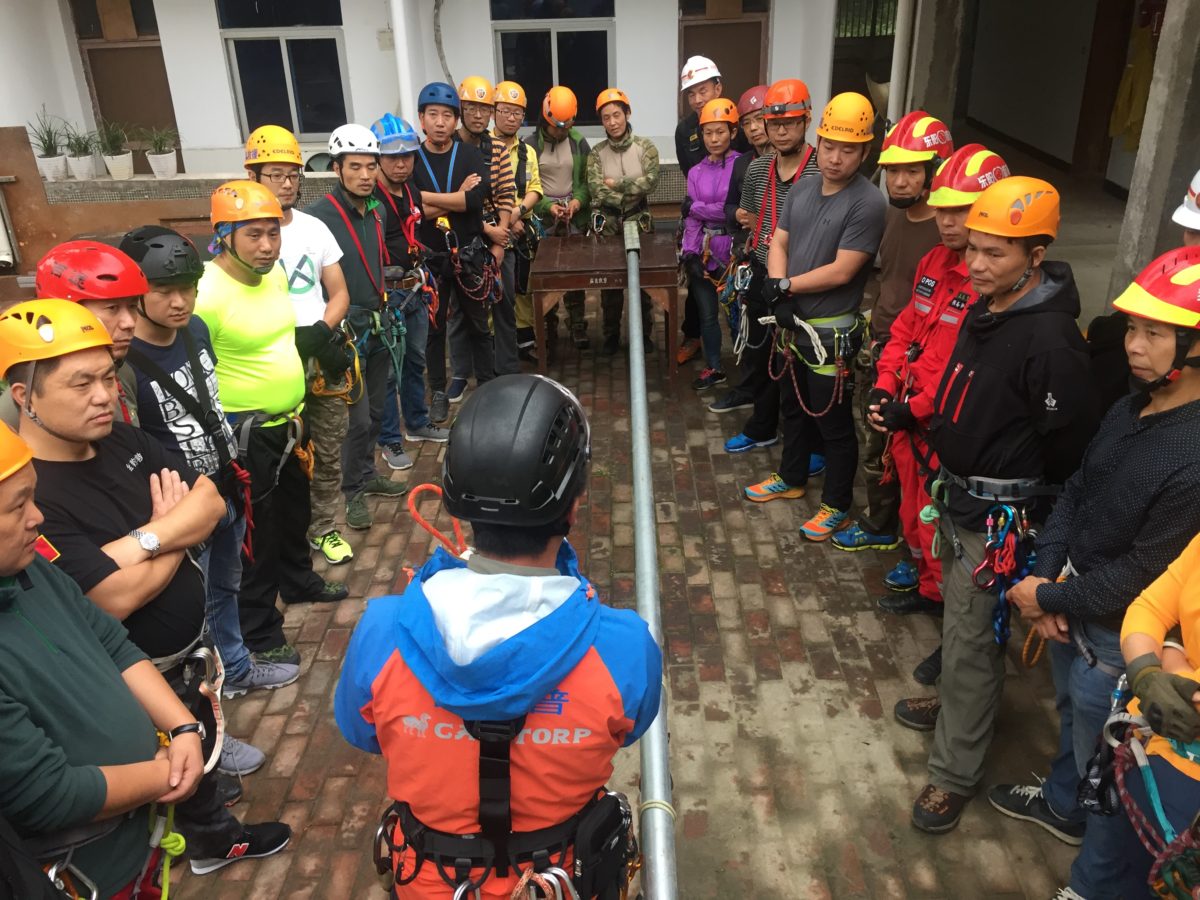 MEMBER PROFILE: SPEARHEADING THE CLIMBING AND MOUNTAINEERING EVOLUTION IN CHINA

China is an increasingly active player in the world of climbing and mountaineering. The country is an attractive location for international climbers seeking diverse challenges and experiences. Its manufacturing of mountaineering equipment has increased significantly in recent decades and it now boasts numerous world-class indoor and outdoor climbing structures. Spearheading much of the country’s dynamic change in mountain culture, safety and sport is the Chinese Mountaineering Association (CMA).

Beijing hosted the 2008 Olympic Games and in five years time will host the XXIV Winter Olympic Games. The hosting of both events has had a significant impact on the country’s relationship with climbing and mountaineering. “With the flourishing of nationwide fitness activities, the number of people interested in mountaineering has been on the rise since the 2008 Beijing Olympic Games,” explains Li Guowei, Director of the CMA’s Exchange Department (international relations). To support this increased fervour for outdoor activities, the CMA hosts a number of public-oriented mountaineering and sport activities and competitions of international standing like the recent UIAA Ice Climbing World Cup, hosted at two state-of-the-art venues in the Beijing area. Through their training development programmes, the quality of Chinese climbing and mountaineering, as visible in international competition, is on the rise. This is also true in ice climbing and the sport’s appearance in Beijing was significant given the UIAA’s ambition for ice climbing to be feature as part of the official 2022 competition programme.

The CMA’s commitment is not solely sport-focused. Far from it. It is heavily engaged in mountain rescue projects including its annual National Mountain Rescue Training which has run for 12 years. Their commitment is also national and not Beijing-centric. It’s International Mountain Outdoor Sports Open is hosted throughout the country. One third of China’s land mass is mountainous. Nine of the world’s 14 peaks over 8,000m are located within China or along its borders with neighbouring countries. China is home to 150 peaks of over 7,000 metres, of which a number remain unclimbed. Mountain safety is an important focus of the CMA’s work. With more and more manufacturers based in China and given the rise in the national climbing and mountaineering culture, it is fundamental that equipment can be tested locally for the UIAA Safety Label. A lab in Guangzhou opened last year for the testing of helmets and in Beijing itself a super lab is being developed to test all UIAA safety standards. This is a significant move in expanding the reach and development of the UIAA safety label, a forerunner for mountain safety standards since the 1960s.

The CMA was founded in 1958 and celebrates its 60th anniversary next year. It functions a government unit working directly under the General Administration of Sport items in China. “The CMA is committed to organizing mountaineering competitions and activities, training professional and technical talents, promoting mountaineering in youth categories and studying and working out plans for the development of mountaineering in China,” continues Li Guowei. To support this mission, the CMA is divided into different departments – mountaineering, rock and ice climbing, outdoor sports, exchange (which assists foreign climbers visiting China), training and education, management and development, national mountaineering training, new projects and general affairs. The UAAA expedition to Mt.Daguniang

The CMA Vice President Wang Yongfeng was elected onto the UIAA Executive Board during the 2016 UIAA General Assembly. “Asia is a major player in the climbing and mountaineering world,” explains UIAA President Frits Vrijlandt. “The work of our member federations, both individually, and collectively under the UAAA umbrella (Union of Asian Alpine Associations) is impressive and to be admired. Consequently, it was fundamental that the Asian continent was again recognized on the UIAA Executive Board.”