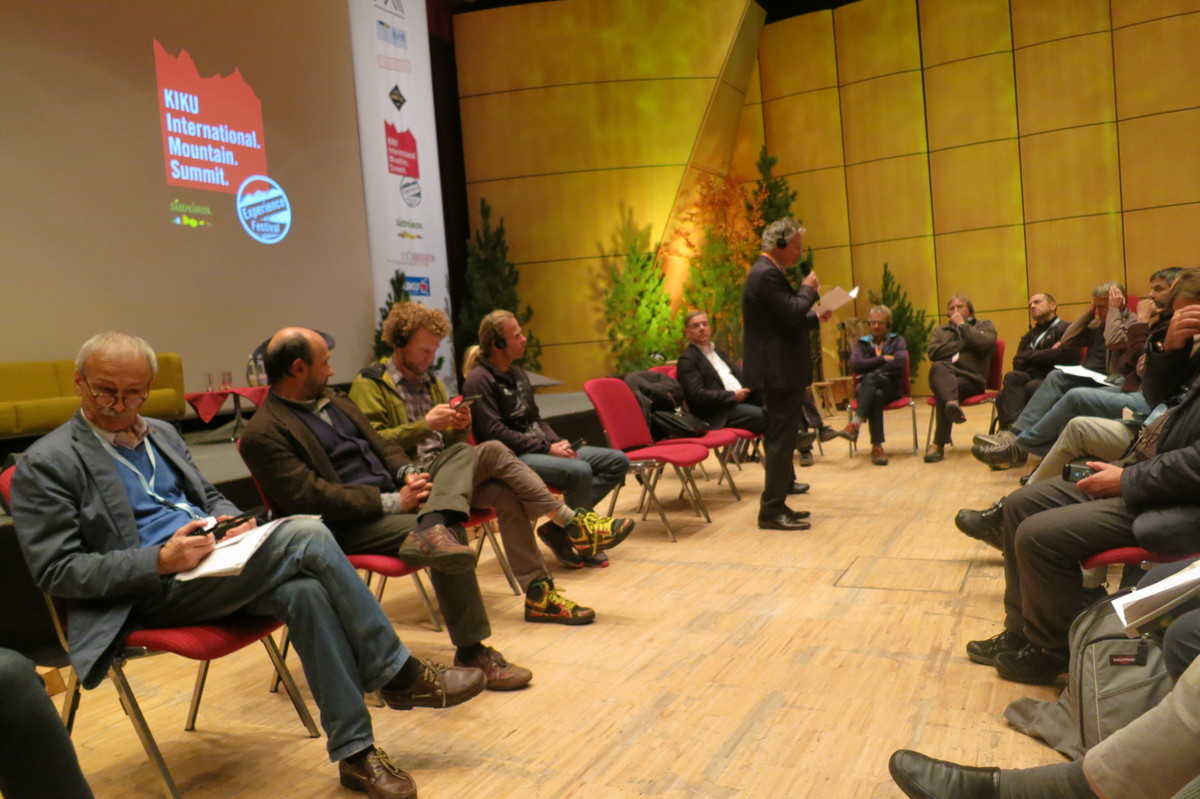 A round table meeting ‘Mountain Freedom vs. Risk – a discussion without peak’ was held in Brixen (Bressanone), Italy on Friday 16 October under the excellent organization of the IMS (International Mountain Summit) and Dr. Luigi Fiorenzo Festi.

The round table discussion sought to answer the following questions:

–       Mountains are often used as a synonym for freedom. But where lie the boundaries and where is the limit between freedom and risk?
–       How far should freedom reach before the climber puts himself or his fellow climber in danger?
–       Is it ethically correct and acceptable to exceed one’s own limits, while risking requiring help from others and economic resources? The aim was to identify various policies, perspectives and aspects – medical, legal, technical, sporting and economic – in dealing with freedom in nature and mountains.

Among the delegates Ass. Prof. Dr. Nenad Dikic participated as President of Antidoping Commission of the UIAA. During his short presentation he touched on the important questions of Drugs in the Mountain environment and the Clean Climbing campaign. With the support of Professor of Design Vukan Ciric, Dr. Dikic presented the premiere of the Clean Climbing animation finishing the presentation to a round of applause.

We thank Dr. Luigi Fiorenzo Festi, the IMS team and Professor Vukan Ciric for the opportunity to present this idea.

The round table was held in a significant venue – the 2016 UIAA General Assembly will be held next year in Brixen (Bressanone).

The Clean Climbing animation was shown during the UIAA General Assembly in Seoul and is available to view below.