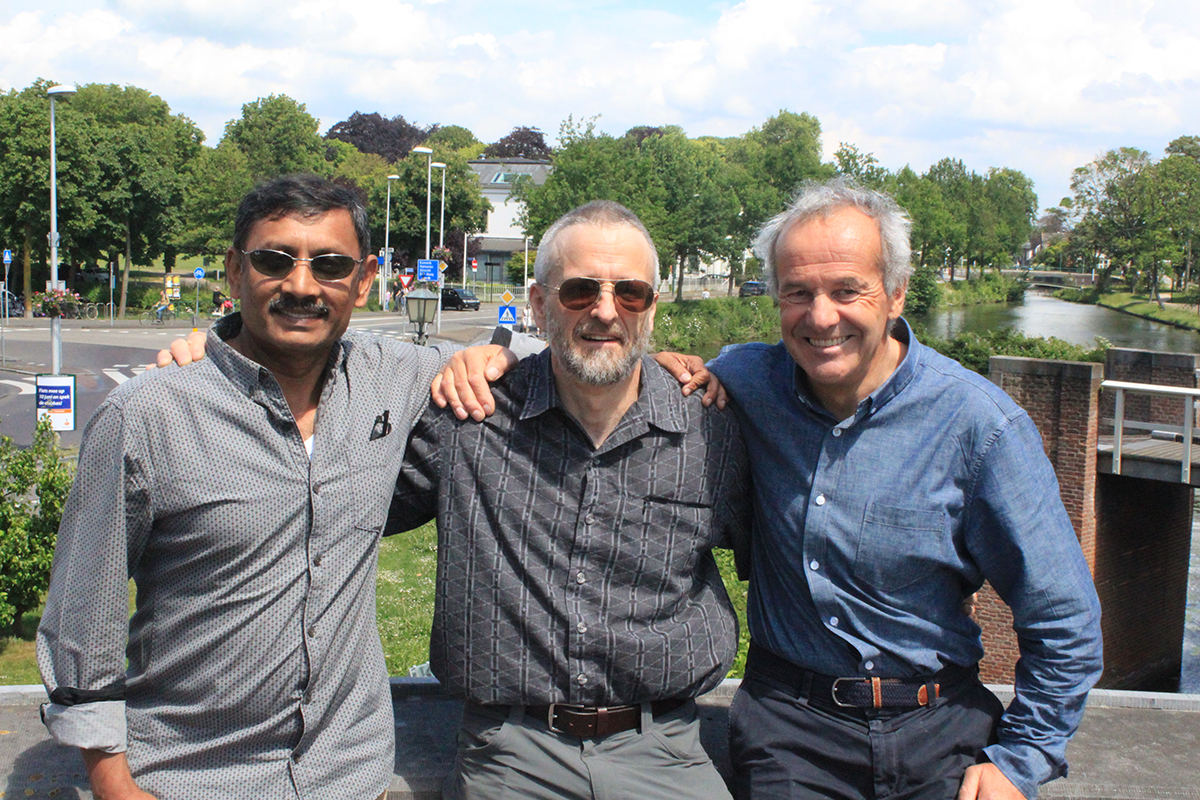 PASSION FOR THE MOUNTAINS: 35 YEARS AT THE SERVICE OF MOUNTAIN SAFETY

Jean-Franck Charlet was recently recognised for his outstanding thirty-five years of commitment to the UIAA. Charlet joined the federation in 1983, served as Safety Commission Vice President under Pit Schubert for seven years and then became Commission President from 2002 to 2009. During its most recent meeting, the Frenchman was bestowed the title of Honorary Commission member by Amit Chowdhury, current President.

Charlet, born in Argentière in the French Alps, has both climbing and the mountains in his blood. He descends from a noted lineage of Alpine guides. In a recent article he penned for Vertical, Charlet explained the connection: “Mountaineering is in my blood. Armand Charlet, who made 100 ascents of the Verte, was my grandfather Georges’ brother. He also climbed the Verte more than 30 times. My father made the second ascent of Nant Blanc with Gaston Rébuffat, the writer proclaiming: “A second ascent after Armand is worse than a first!” I have an icefall on the north side of the Col de la Verte named after me, and my son claimed the first ascent of an ice-fall on the Charpoua side of Pointe Croux.” Not only were Charlet’s grandfather and father expert mountaineers, his sons – Jean-Baptiste (aka ‘Babs’) and Jonathan – are now mountain guides and have been world champion level snowboarders.

In his professional life, Charlet works as an engineer and as an instructor for the French national ski and mountaineering school (ENSA) has served as a mountain guide since the mid-1970s. He also helped spearhead the new wave of ice climbing during the same period. In his capacity at the UIAA, Charlet played a fundamental role in the growth of the UIAA Safety Label, overseeing the development of a number of international Standards. Charlet also runs his own testing laboratory. “The creation of my own lab made it an obvious decision for me to join the UIAA Safety Commission,” explains Charlet. “The Commission concentrates all of the specialists in this field.”

In terms of the evolution of the UIAA Safety Label, Charlet noticed a positive development during his tenure. “When I became President, SafeCom was too euro-centric and my first goal was to involve more and more people from outside Europe, to make the Commission the unique worldwide brainstorming platform for mountain equipment and safety. This was achieved by not only the membership of nearly all the major American manufacturers but also Indian, Chinese, Argentinian, Brazilian, Russian and more. To manage the huge demand of Labels we created a completely dedicated software, which now manages more than 2,000 labels a year.” The increased international profile of the Commission is evident through the nationality of Charlet’s two successors – first Dave Custer from the American Alpine Club and now Amit Chowdhury, Indian Mountaineering Foundation (photographed with Charlet, far right, in main photo).

Reflecting on the present issues facing mountain safety, Charlet believes the challenges are two-fold: 1. ‘ensuring the UIAA Safety Label requirements continue to demand the highest standard for any given piece of equipment’ and 2. ‘with a lot of equipment now purchased online, much of it of dubious standard or misleadingly sold, it is crucial the UIAA, through its Safety Label, continues to educate the end user about the importance of purchasing certified equipment.’ Recent articles from the UIAA and the British Mountaineering Council (BMC) highlight the perils of buying uncertified climbing equipment online.

Purchasing a piece of equipment bearing the UIAA Safety Label ensures climbers can have peace of mind that the gear they are using has been tested to the most stringent international standards. While climbing equipment has become safer, mountaineers still manage their own perceived risk. Charlet closes: “Mountaineering and climbing are dangerous activities and need constant awareness due to objective dangers which are not always easy to prevent. But at least there is one peril you can avoid : it is to have reliable equipment, which means UIAA certified equipment. This means that the equipment is not only strong enough for all foreseeable situations but is also produced according to the highest quality system.”

This is the fifth article in the UIAA Passion for the Mountains Series: