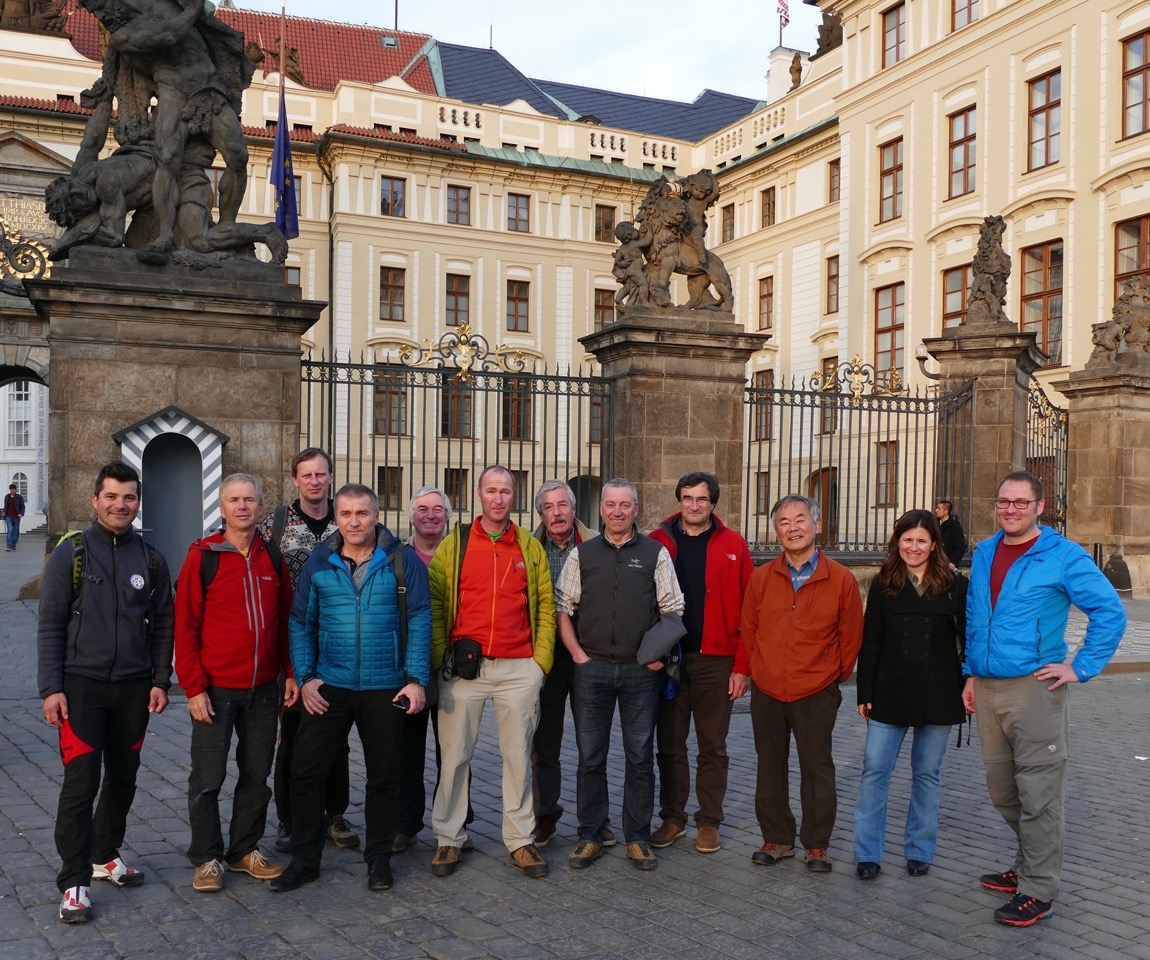 New MountCom President
Voting was held for the next President of the UIAA Mountaineering Commission and we are pleased to announce that Claudio Melchiorri (Italian Alpine Club) will succeed Pierre Humblet (Belgian Alpine Club) in 2017, subject to Management Committee’s endorsement in Baku. We welcome Claudio to his new role and thank Pierre for his hard work and leadership over the last eight years. Claudio brings a wealth of knowledge and experience to the Commission. A professor of robotic engineering and an avid climber and alpinist with several new routes to his credit, he has been heavily involved in the work of the Mountaineering Commission, spent many years teaching climbing and has a very active interest in the safety and testing of climbing equipment. Pierre will continue to work with the UIAA as a legal advisor. The work of the Commission, as outlined in the strategic plan, addresses ethics, technics (training and safety) and regulations. A number of projects are taking place that focus on each of these categories. The development of international training standards for leaders has led to the creation of the UIAA Mountain Qualification Label, which is administered by the UIAA Training Panel (formerly the Training Standards Working Group). This is a globally recognized training infrastructure, which aims to harmonise the training schemes of member federations and to support quality training and rigorous, reliable assessment of leaders and tutors. By encouraging responsible and sustainable practices it gives climbers and mountaineers in many countries access to safe and inspiring leadership and instruction.

It was agreed that subject to approval at the UIAA General Assembly the syllabus and resources for personal skills training courses will in future be franchised to accredited member organisations to offer through their qualified instructors and Guides, and a business plan was agreed that would ensure that the system is self-funding. Awareness of UIAA Training has grown considerably in recent years, with expressions of interest received by the UIAA every week from both national federations and non-federation organisations. UIAA Training stresses that non-Federation organisations have to apply for accreditation of their training courses and qualifications through their national federation, and not directly to the UIAA.

The UIAA has worked closely and transparently with the IFMGA (International Federation of Mountain Guide Associations) and, as part of this collaboration, and to develop this excellent relationship, the meeting was attended by Mark Diggins of the IFMGA Board. The training panel is also working closely with the other UIAA Commissions – particularly Mountain Protection, Medical and Safety. Together with the Petzl Foundation the UIAA Mountaineering Commission has been working on training publications that can be used by participants of training courses that are endorsed by the UIAA. The first of these – Alpine Summer Skills – has been published and is now available through the UIAA Office. The Training Panel is also investigating standards for canyoning and will be collaborating with other organisations that cover this activity. The danger of using dyneema slings to connect directly to anchors has been highlighted (Photo: Phil Wickens)

A number of tests have been carried out by the Italian Alpine Club (CAI) into the different strengths of lanyards and slings when used to connect directly to anchors. The results of these tests, which were illustrated in a short and shocking video made of the tests, clearly showed that static slings and ropes fail after even a minor fall. Since the use of dyneema slings for clipping into anchors is common practice the UIAA needs to inform the Federations, and climbers in general, about the dangers of using slings for this purpose, and to recommend that dynamic rope lanyards are the preferred item for clipping directly into anchors.

Freedom in Mountaineering
As part of its focus on ethics the Mountaineering Commission has examined freedom in mountaineering and how this is jeopardized through both changes in public perception of safety and an emerging culture that questions individual behaviour and decision-making. Negative coverage and opinions by the media, politicians and public will continue to threaten our freedom to participate in climbing and mountain activities. A review was therefore conducted into how the UIAA monitors, delivers content to, and interacts with the press and media. A number of recommendations were made to allow the UIAA to better understand what is being covered by the media, to respond more effectively to news stories, and to improve how it reaches out to the media. This will help the UIAA to have more control of how climbing and mountain activities are covered, and combine this with an increased focus on the benefits of our activities.

Ascending a Via Ferrata in Italy (Photo: Phil Wickens)

As the popularity and number of Via Ferrata have increased in many countries there has emerged a number of different scales of difficulty. The different national systems were examined by the Mountaineering Commission, who now recommend the use of a single 2-part grade, as is used in Italy, to describe both the technical difficulty and the seriousness of a Via Ferratum.

Accident Statistics
In order to allow meaningful analysis and comparison of global accident statistics our Japanese delegate, Chiaki Aoyama, has brokered an agreement between the UIAA and the Japanese federations and rescue organization to allow data to be shared. This work continues, and Chiaki hopes, in the near future, to have the collaboration of both the England and Wales Mountain Rescue and French FFCAM. It is hoped that analysis of shared data will promote a better understanding of the causes of accidents, leading to improved training, awareness and other ways of mitigating risk.