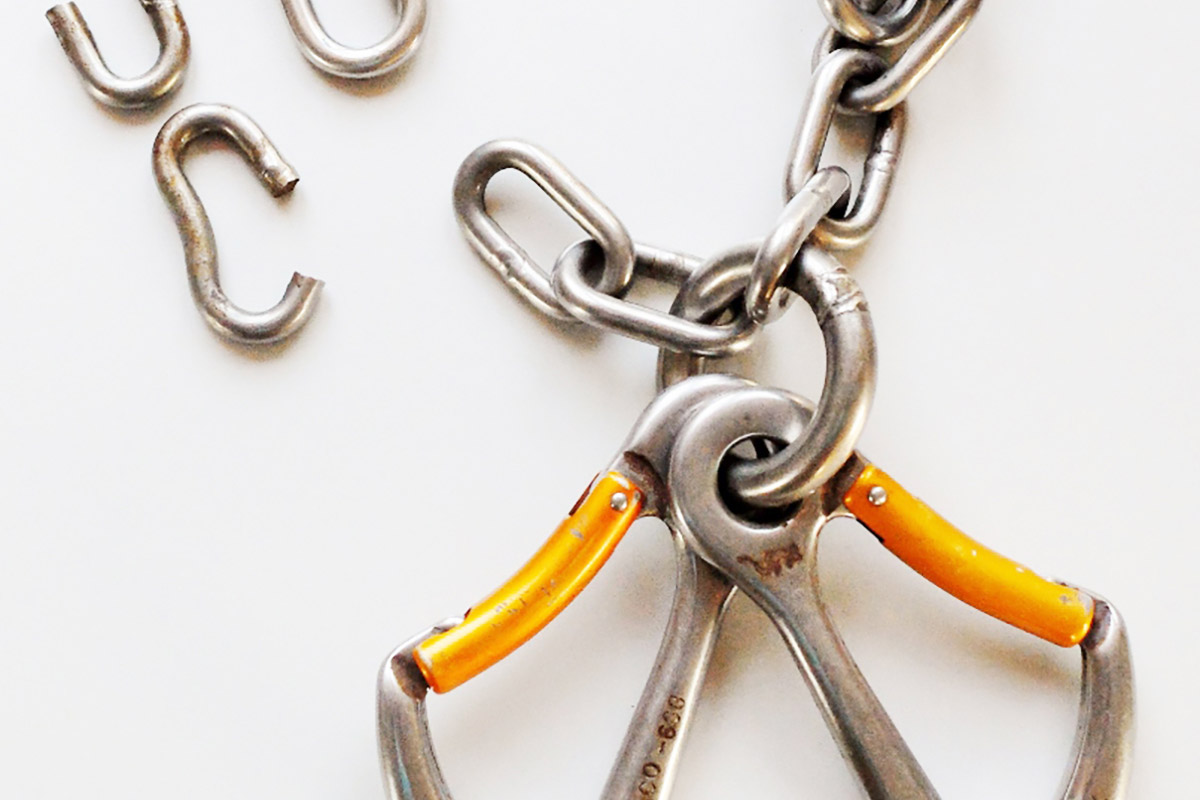 In the summer of 2015, DAV Safety Research was sent a torn chain link from an equalized anchor of FIXE. Back then, the manufacturer reviewed the problem and published the recommendation that the problem could be solved cost-effectively and without much time by backing up the top chain link with a Maillon Rapide. The broken chain links and the cracks that were found were traced back to the phenomenon of stress corrosion cracking. According to FIXE, in order to be able to connect to the hanger, the top chain link must be opened and rewelded manually. This handmade weld is susceptible to stress corrosion cracking. The information was communicated on the DAV website: https://www.alpenverein.de/bergsport/sicherheit/warnhinweise/sicherheitsproblem-bei-umlenkketten-von-fixe_aid_29317.html Photo 2: An example of a temporary
backup for the chain

Now there is another cracked FIXE chain, in which – apart from the first, hand-welded – also the second, machine welded chain link broke (see photo 1). Again, this chain had been installed on an artificial outdoor climbing facility. The upper links of this FIXE equalised anchor had been backed up with the help of a Maillon Rapide, as recommended by the manufacturer in 2015. Obviously not only the first, but also the second (machine welded) link broke. Two of the three fragments could be found with a metal detector.

Fortunately, FIXE has now been able to tell us how chain links that are susceptible to stress corrosion cracking can be identified: they are all marked with the label “INOX”. This mark is on the hook flap for all A2 steel products. Only products with this mark are affected by the warning and should be replaced. FIXE has also put out a warning on their website.

Due to the problems described, DAV Safety Research recommends that all FIXE chains with “INOX” markings be replaced immediately. The highest priority is the anchors of the design type “equalised anchor”. Chains of the company FIXE with the marking “PLX” can continue to be used according to information of the manufacturer! Indoors, in gyms which are not in the immediate vicinity of sources of influence such as swimming pools, industry, busy traffic routes, agriculture, etc., the problem does not exist, says FIXE. Chains can be temporarily secured with a quickdraw hooked into the hanger and the ring (see photo 2).