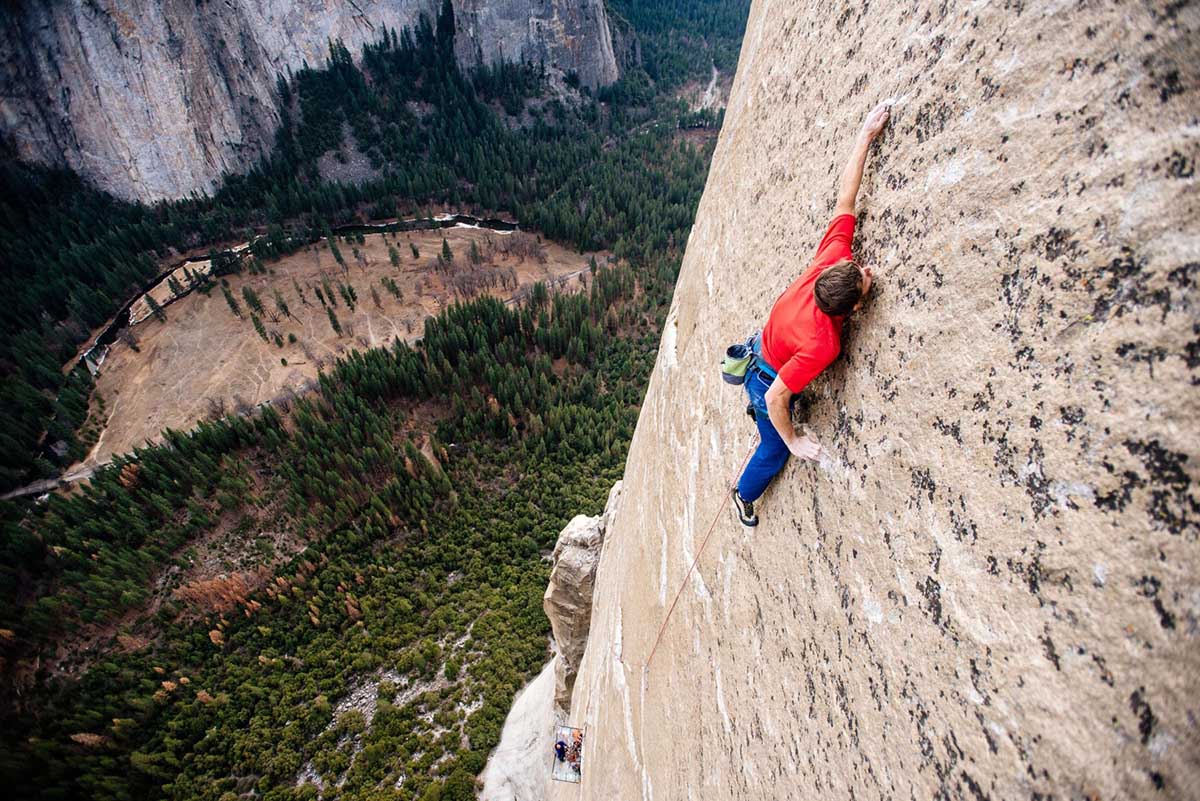 THE DAWN WALL. WINNER OF UIAA PRIZE AT THE 2018 TRENTO FILM FESTIVAL

The Dawn Wall, a film which portrays Tommy Caldwell and Kevin Jorgeson’s epic attempt to scale the 3,000ft (914m) rock face of the same name in January 2015, was named as the winner of the UIAA prize at the 66th Trento Film Festival on Saturday 5 May. The United States/Austria production directed by Josh Lowell (also shortlisted for the UIAA prize with Above The Sea) and Peter Mortimer was chosen by the UIAA Award Panel from a high-quality shortlist of eleven climbing films. The Dawn Wall becomes the fourth winner of the UIAA prize which was introduced at the Festival in 2015.

The UIAA Award panel described The Dawn Wall as “a truly great climbing film which magnificently portrays the incredible effort, dedication and attention to detail it takes to make successful ascents of the hardest free routes in the world. This film celebrates a momentous challenge, showcasing climbing and mountaineering on the world stage in its best form. The film embodies a great sense of adventure, perseverance and commitment – all traits that we try to encourage at the UIAA. The storytelling lends suspense, excitement and draws the viewers into the minds of its two protagonists.” Following the announcement of the Award, Caldwell (photographed above with the UIAA’s Gloria Scarano) reflected on the making of the film and his own role. “It was interesting because I was there for the film making.  All the editing, the emotional stuff, though I wasn’t sure how that was going to look like at all. To make a good film you really need to show the human side, the character, the emotions. I was nervous about that part. It’s almost like taking your clothes off on stage, everyone gets to see the most intimate moments of your life, and it’s entertainment for people. They did a great job making the film, people appreciated it which is what I hoped. The UIAA prize is a great honour.” As well as receiving UIAA recognition, The Dawn Wall was also recognised by the Club Alpino Italiano winning the CAI Genziana d’Or prize for best Alpinism film. In January 2015, Caldwell and Jorgeson captured the attention with their attempt to scale the Dawn Wall, an apparently impossible 3,000 foot rock face in Yosemite National Park, California. The two lived on the rock face for weeks, provoking media frenzy at global level. However, for Tommy Caldwell, the Dawn Wall was more than just an ascent. At the age of 22, the climbing prodigy was taken hostage by rebels in Kyrgyzstan. When his marriage broke down, he escaped the pain by concentrating on his extraordinary objective to free climb the Dawn Wall. With the frontier between dedication and obsession blurring, Caldwell and his companion Jorgeson spent six years meticulously planning their route. During the final attempt, Caldwell found himself faced with a decisive choice. Should he abandon his partner to achieve his dream, or risk his own success for the sake of their friendship?

Above the Sea (USA)
At the peak of his legendary climbing career, Chris Sharma remains the world’s greatest practitioner of deep water soloing — climbing ropeless above the sea. Ten years after his legendary ascent of a majestic arch, Chris returns to the Mediterranean island of Majorca where he discovers a beautiful, sweeping wall with small holds running up its face. If he can link the moves, and endure the numerous heart-stopping plunges into the sea, he will establish what may be the world’s hardest deep water solo climb.

Agora (Brazil)
A poetic docufiction about the physical and mental journey of the climber. Lucas Lima puts his determination to the test in a difficult ascent. A story of discovery and awakening through a communion with nature. https://youtu.be/OSksKlw7QM0

Beyond The Wall (UK)
The creation of Wadi Climbing and Palestine’s first climbing gym in Ramallah has been the key to developing a community of rock climbers in the West Bank. This short film looks at what it means to be a climber, by spending time with the two local climbers Anas and Urwah Askar, and talking to one of the founders of the Wadi Climbing project, Tim Bruns.

Break On Through (USA)
In high-end modern rock climbing, 5.15 is the top of the difficulty scale, a grade achieved by only a few men and never by a woman. Margo Hayes, a little known 19-year-old from Boulder, Colorado, is determined to change that. To be closer to the worldâ€™s hardest routes, she moved to Europe, where she trains and climbs with the single-minded goal of succeeding on one of the famous 5.15s in France and Spain. But pushing her body and mind to the absolute limit, she risks injury and burnout in her quest to be the first.

Finale ’68. Di Pietre e Pionieri, di Macchia e Altipiani (Italy)
Fifty years after the opening of the first climbing route on the Pietra del Finale, two brothers, passionate mountain enthusiasts, decide to set off on an adventure on the trail of the pioneers who first launched the climbing history of these places. The result was a journey through the wild in search of memories and discoveries; vertical wandering exploring the tablelands and crossing the thirteen main walls of the Finale Ligure area, but at the same time an encounter and comparison with the leading figures of the past.
https://vimeo.com/249920818

Hansjörg Auer – No Turning Back (Italy)
There is only one person you will have to put up with for the rest of your life: yourself. Being alone in the mountains not only makes you understand your value, but also the importance of the relations you build with the people around you. Nobody has explored solo climbing like Hansjörg Auer, whose memorable feat on the “fish route” has forever marked the history of this particular kind of mountaineering.
https://youtu.be/IHT4lFDg9tE

Ice Calling (Mexico)
Despite living in a country where there are no major ice formations, Héctor Ponce de Léon and Daniel Araiza prepare themselves to become the first Mexican iceclimbers to conquer Slipstream, a frozen waterfall a thousand meters high located in the Canadian Rockies. This documentary recounts their journey and the obstacles they have to overcome to achieve their dream.

Nowhere / Now Here (Finland)
Home is not a geographical term. Life does not revolve around the traditional family. What drives people is how, where and with whom they choose to spend their limited and valuable time. This film offers a glimpse of the life of Nalle Hukkataival, one of the world’s top climbers, who leads a nomadic life in a modern world.

Silence (Czech Republic)
What does it mean to complete the first climb in the world to have been given the grade 9c? Silence shows us what happened on 4 September 2017, when Adam Ondra completed a historic feat with his project in the spectacular Hanshelleren Cave in Norway. Subsequently renamed “Silence”, the new grade 9c climbing route is considered to be the most difficult sport climb route on the planet. Adam Ondra is a climber originally from the Czech Republic, born in 1993, who has won several World Championships in the lead climbing and bouldering disciplines.

Wege Nach Innen (Germany)
In this short film Bernd Arnold, a pioneer of climbing in the German region of Saxony, combines his climbing successes and inner experiences. From his childhood roots to distant mountain regions and friendship, he draws a line taking him back home, to the present day.
https://vimeo.com/wogenstein/bernd-arnold