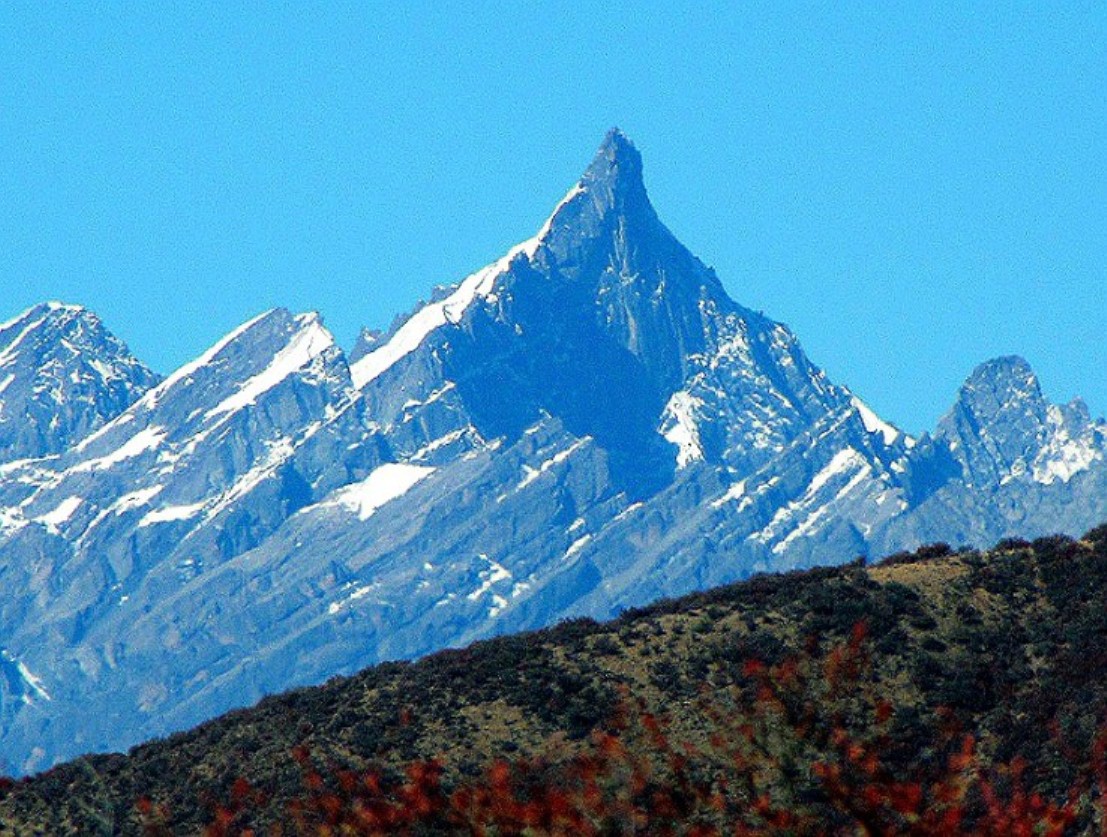 UIAA honorary member Tom Nakamura has an insatiable desire to share his passion for the mountains. At a recent conference on Climate Change and Tourism in Nepal, he presented photographs from a recent trip to the hidden mountains of Southern Tibet.

Nakamura’s findings were also recently the subject of an article in Alpinist. The region is very sensitive and now strictly controlled because of its proximity to the Indian border. No foreigners are allowed to travel unless they obtain a special permit from the Public Security Bureau and Chinese Liberation Army in charge of Tibet Autonomous Region. East of the Himalaya; Alps of Tibet and Beyond, Mountain Peak Maps can be ordered by emailing ibd@kinokuniya.co.jp

“The issue is very sensitive,” said Nakamura, who received a rare special permit.

“Meanwhile Nyainqentangla West, immediately north of Lhasa, and mountains west of Lhasa are open for foreigners, but to enter the mountains of south Tibet and east Tibet is not possible for foreigners. I am now too old to climb mountains—what I can do is explore and visit unknown mountains…. My work for a quarter century is condensed in my new book, East of the Himalaya-Mountain Peak Maps: Alps of Tibet and Beyond.”

Nakamura was recently recognized by Piolet d’Or-Asia with a lifetime achievement award. Born in 1934, he led an expedition to Peru and Bolivia in 1961, where he made several first ascents. After living and working around the world in Pakistan, Mexico, New Zealand and Hong Kong, he devoted his life to the mountains in the borderlands of southeast Tibet and west China: Sichuan, Yunnan, Qinghai. Over 25 years he conducted 38 expeditions to those regions, photographing and mapping countless unclimbed peaks, untrodden glaciers, high plateaus, lakes and gorges—as well as documenting Tibetan culture. He edited the Japanese Alpine News for 15 years in addition to writing several books. These forays have garnered numerous awards from internationally recognized societies such as the UIAA Award (2007), the Royal Geographical Society’s Busk Medal (2008) and International Explorers Award in Poland (2010). He considers East of the Himalaya, which was published in 2016, to be his life’s work. The book can be ordered by emailing ibd@kinokuniya.co.jp. “This is the first time these photos have been introduced to the world mountaineering community,” Nakamura said. “This photo gallery is preliminary and an official report will be published on the Asian Alpine E-News before too long.”