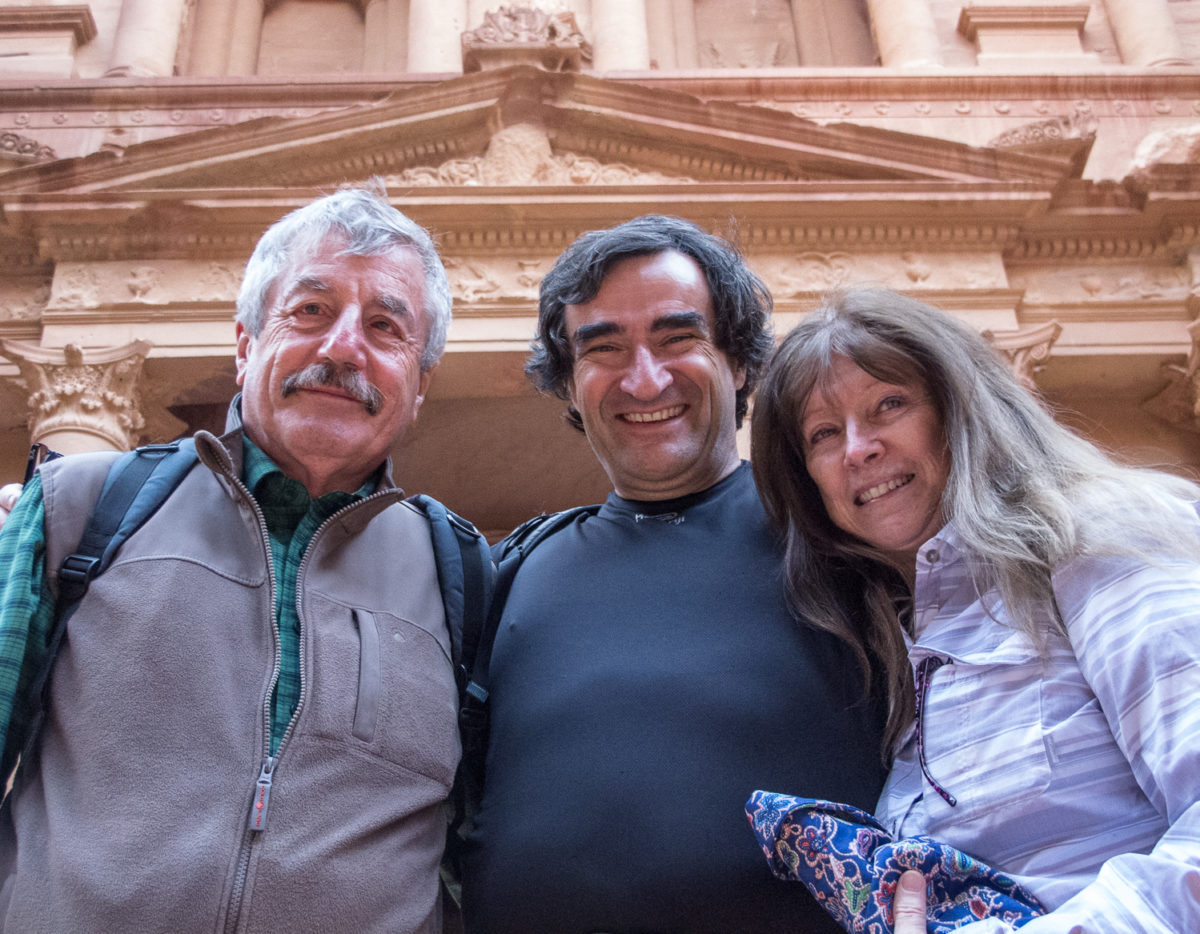 The UIAA Mountaineering Commission (MountComm) met in Petra, Jordan, in November 2016. The meeting, which was hosted by the Jordan Tourism Board, was attended by 14 delegates from 11 different countries, plus the MountComm’s previous President, Eliza Moran. Khaled Al-Raggad, head of sustainable adventure tourism in the Jordan Tourist Board, welcomed MountComm, and described Jordan’s commitment to protecting wilderness areas, and involvement of those who live in these areas in tourist services and the area’s development and protection.

Despite having several world-class climbing, trekking and canyoning areas, Jordan currently has no system of training, qualifying and licensing guides and leaders. Members of MountComm, under the leadership of Steve Long (BMC/MTUK), are using their expertise to help the Jordan Tourism Board and local people to develop necessary skills and training. The UIAA Training Panel has continued its excellent work to assist the development of national outdoor training programmes in Jordan and Nepal. Due to the massive popularity and requirement of the group’s work, Steve Long described their plan to formalize the UIAA Mountain Qualification Label, with options for its future funding, direction, development, partnerships and web infrastructure.

It cannot be overstated how important this work is for the UIAA and its member federations since the label provides clear benefits at many levels, from the UIAA itself, to the federations, clubs, training organisations, individuals and to the future of climbing, hill-walking and mountaineering. Khaled Al-Raggad of the Jordan Tourism Board

As previously reported, UIAA MountComm and the Petzl Foundation have produced training handbooks in English and French that can be used at limited cost by UIAA Member federations as a basis for their own training program.

A large number of federations have expressed an interest in using these handbooks as part of their national outdoor training programmes and so the Alpine Summer Skills handbook is currently being translated into Spanish, Catalan, Turkish, Farsi, Arabic, Mandarin Chinese, and Korean – these will be available in 2017. Plans are now in place to develop digital versions and a digital marketplace in order to reduce production and distribution costs.

Camp-to-Camp, in collaboration with the Petzl Foundation, are conducting an on-going survey of climbing and mountaineering near misses. Analysis is being undertaken by researchers at the University of Lyon and MountComm have agreed to respond to their findings, which they will integrated into technical advice and statements in order to increase awareness and help to reduce accidents.

MountComm is starting a new project with the Petzl Foundation to draft a Winter Skills handbook, which will involve consultation with the International Commission for Alpine Rescue: ICAR and the International Federation of Mountain Guide Associations: IFMGA. Ethics, Freedom & Sustainability are core elements of MountComm’s work, as expressed in recent papers that highlight the importance, for future generations, of preserving natural rock for adventure climbing (by Doug Scott), and the importance of the UIAA’s response to press, media, political and legal issues (Phil Wickens).

Concern for these issues was reinforced by Reinhold Messner, himself an advocate of traditional alpinism, at the recent UIAA General Assembly meeting. Messner, recently awarded UIAA honorary membership status, highlighted the UIAA’s responsibility to preserve alpinism for future generations, and stated that the UIAA should fight to maintain our ethics and maxims for climbers in 500 years’ time. MountComm will incorporate the views of Messner and today’s leading adventure climbers and alpinists into our work to promote the importance of these values.

MountComm is pleased to have received strong support and interest in Doug’s paper from Russia, Cyprus and Spain, and that it’s values are being promoted in the training provided by UIAA Training, particularly to countries, such as Jordan, in which climbing and mountaineering are relatively recent activities and where ethics have yet to be established by the local climbing communities.

FUTURE OF THE UIAA

In its recent report on Freedom in Mountaineering, the MountComm highlighted the importance of further developing the UIAA’s role as the international spokes-body for climbers and mountaineers. Now that climbing has become an Olympic sport, both press coverage and participation will increase. MountComm believes that the UIAA needs to become more pro-active in its press and media relationship if it is to continue to assert climbing ethics and maintain freedom and sustainability.

Chiaki Aoyama summarized how the Japanese perform a forensic analysis of their accident statistics in order to identify trends that may be cause for concern or additional training. In his future work he will incorporate accidents statistics from England and Wales. He should also develop the contacts with Russian Mountaineering Federation to include them in the data exchange.

During the meeting MountComm welcomed the new President, Claudio Melchiorri, and thanked the outgoing President, Pierre Humblet, for his hard work. We wish Pierre all the best for his future endeavours.

With special thanks to Khaled Al-Raggad and Aiman Al-Nawafah of the Jordan Tourism Board for their hard work in hosting the meeting and for their warm Jordanian hospitality.